CHICAGO and BOULDER—11 Dollar Bill helped to draw attention to a mysterious phenomenon sweeping the Rocky Mountain State in a new campaign for the Colorado Lottery.

The studio provided editorial and post-production finishing services for the spots, conceived by Denver agency Cactus and directed by Ryan Ebner of ArtClass, in which office workers are in a panic over “Fomoomoolah.” The solution to the problem, short for “Fear of Missing Out on Moolah,” turns out to be the Colorado Lottery’s Jackpot Scratchers game and its $60 million dollars in prizes. 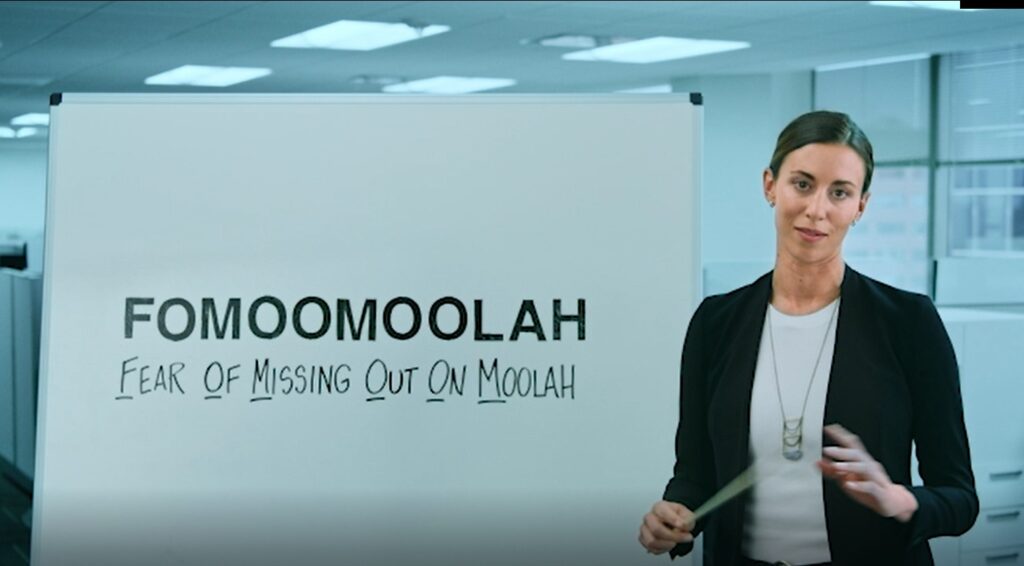 The campaign is among Cactus’ most successful to date for the Colorado Lottery. “The feedback has been incredible,” says Brooke Woodruff, the agency’s Head of Production. “We worked entirely with actors from the Denver area who brought a range of emotions to the spot.”

11 Dollar Bill’s Wayde Samuel edited the spots, working closely with Cactus’ creative team to ensure the timing was right on the money. “The tone had to be perfect so that viewers feel they are in on the joke,” says Samuel. “Cactus had a great concept; they are masters at comedy. Our job was to find the best takes and reactions to make each moment land on cue.”

“Wade has a wonderful talent for making it funnier while remaining true to the concept,” adds Woodruff. “He worked with our creative team to bring it to life.” 11 Dollar Bill’s Clark Jackson was colorist on the project.

11 Dollar Bill has collaborated with Cactus on several funny Colorado Lottery campaigns. Earlier this summer, the studio provided editorial and post services for Winning Country, a spot for Colorado Lotto+. Made to look like a beer commercial circa 1977, the tongue-in-cheek ad featured smiling cowboys and cowgirls, snow-swept mountains and icy streams over a creaky country music theme. “We made it look scratchy and dated, as if it was 50 year-old Technicolor footage,” recalls Samuel. “It was an inspired concept to play with.”