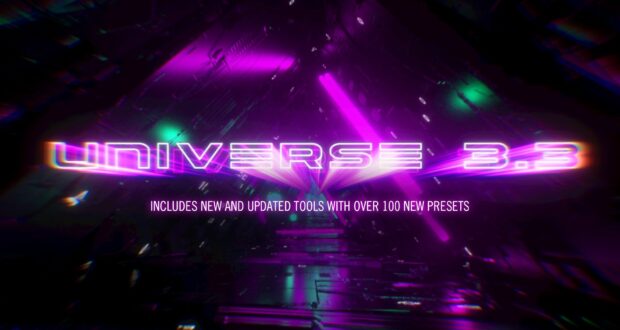 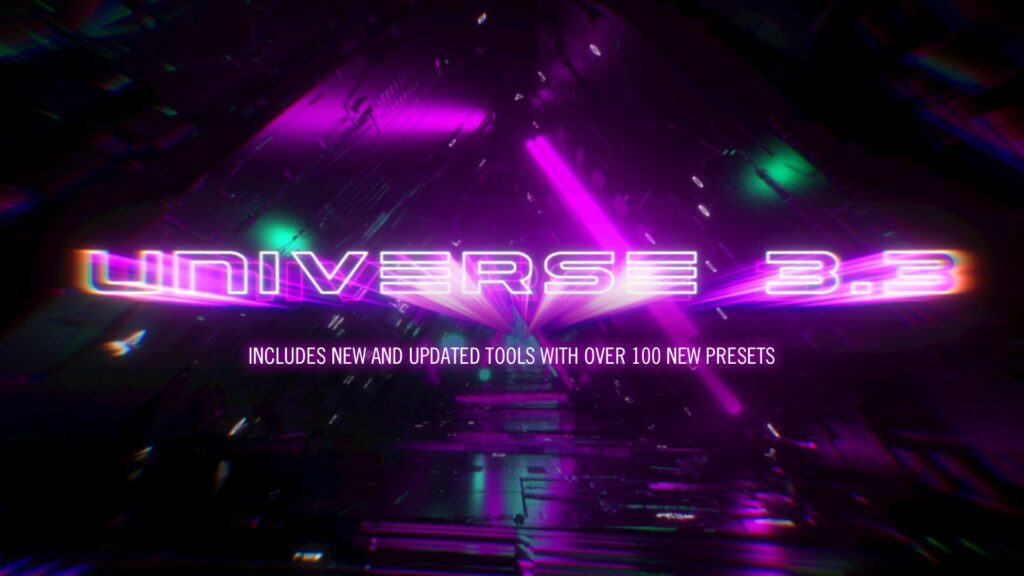 Friedrichsdorf, Germany – August 18, 2020 – Red Giant has just released an update to Universe, its collection of GPU-accelerated plugins for editors and motion graphics artists. Universe 3.3 delivers two brand new tools and an update to four current ones in the existing Universe suite. Visual artists will have access to an even greater selection of dynamic tools for motion graphics with the introduction of Quantum and Modes and as well as the updated versions of the Glow, Glimmer, Chromatic Aberration and Hacker Text tools.

Universe 3.3 includes a total of over 100 new presets for the new and updated tools.

Learn more about what’s new in Universe 3.3 and how to update on the Red Giant blog.

Red Giant Universe is available as a standalone subscription or as part of Red Giant Complete, the subscription service that gives editors, motion designers and VFX artists all Red Giant tools at one low price – Trapcode Suite, Magic Bullet Suite, Universe, VFX Suite and Shooter Suite. With Red Giant Complete, annual subscribers will have the most up-to-date versions of all tools, saving thousands of dollars over traditional perpetual licenses.

If you aren’t already a Universe customer, you can purchase a subscription or download a free trial at redgiant.com/universe.

Universe 3.2 runs on Windows and OS X, and includes over 80 tools that run in:

Red Pledge is Red Giant’s commitment to customer happiness, with no purchasing hassles. Learn about the Red Pledge guarantee at www.redgiant.com/company/red-pledge/.

Members of the media are invited to review Red Giant Universe as well as any individual tools or product suites from Red Giant. For more information or to request a product review kit, please contact Megan Linebarger at [email protected].

Maxon is a developer of professional 3D modeling, painting, animation and rendering solutions. In January, Maxon and Red Giant closed a merger of the two companies. The combined company’s award-winning Cinema 4D, Redshift 3D and Red Giant products have been used extensively to help create and render everything from stunning visual effects in top feature films, TV shows and commercials, cutting-edge game cinematics for AAA games, as well as for medical illustration, architectural and industrial design applications. Maxon products are available directly from the website and its worldwide distribution network. Maxon is part of the Nemetschek Group.

Additional information on Maxon can be obtained as follows: