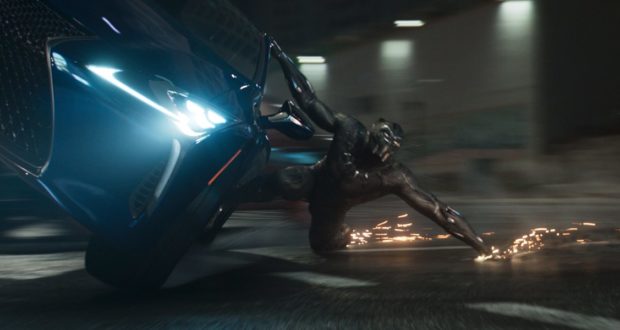 2018 #NABShow: Creative Master Series: “Black Panther”: Telling a Superhero Story Like No Other

Don’t miss the 2018 #NABShow Creative Master Series: “Black Panther”: Telling a Superhero Story Like No Other on Monday, April 9 from 10:30AM- 11:20AM at location S222-S223. This informative seminar will cover all parts of the editing process featuring picture editorial, sound, and visual effects.

Featured panelist (with bios) will include:

Geoffrey Baumann is a freelance Visual Effects Supervisor with more than 19 years experience in the visual effects industry. Most recently, he led Marvel Studio’s Black Panther as the overall production side Supervisor. Previously, he served in lead and supervisory roles on films as diverse as Roland Emmerich’s The Day After Tomorrow and 2012 to Clint Eastwood’s Flags of our Fathers, Letters from Iwo Jima and Changeling. His other credits in Supervisor roles include Doctor Strange, Avengers: Age of Ultron, Heart of the Sea, and Captain America: The Winter Soldier. Before joining the production side, Geoffrey spent 15 years at Digital Domain with credits in more than18 feature films , including Oblivion, Real Steel and Percy Jackson & The Olympians: The Lightning Thief, Iron Man 3, The Avengers, among others. Geoffrey’s extensive career at Digital Domain and on set prepared him for the challenges faced in today’s filmmaking world, proven by continued success as a freelance Visual Effects Supervisor and his ongoing dedication to the advancement of both the creative and technical aspects of filmmaking.

Steve Boeddeker joined Skywalker Sound in 1995 as an assistant sound designer for The Frighteners and Mars Attacks! He began his career in sound creating high end audio libraries for digital sampling keyboards at companies such as Emu, Akai and Roland. He did freelance CD mastering and was a professional products manager for Digidesign/AVID. While at the Saul Zaentz Film Center Boeddeker contributed music and sound design for his first feature film project, David Fincher’s thriller Seven. His mixing and sound design work can be heard in numerous movies, including Black Panther, Creed, Bridge of Spies, Pixels, Chappie, A Most Violent Year, All is Lost, Lincoln, Beasts of the Southern Wild, TRON: Legacy, Naqoyqatsi and many more. He was nominated for an Academy Award for the Sound Editing of All is Lost and has an Emmy for his work on Hemingway & Gelhorn.

Michael P. Shawver: Originally from Rhode Island, Michael Shawver developed an early working relationship with director Ryan Coogler during their time together at the University of Southern California School of Cinematic Arts. Shawver initially edited Coogler’s short film, Fig, and later went on to cut his feature debut, Fruitvale Station, which premiered at the 2013 Sundance Film Festival. The film garnered two of Sundance’s top prizes, the Audience Award and the Grand Jury Prize, and went onto receive numerous awards and nominations at film festivals worldwide. Shawver also edited Grass Stains, a debut feature film by director Kyle Wilamowski, Warren, by director Alex Beh, Tell for director J.M.R. Luna and Fourth Man Out for Andrew Nackman. Shawver’s next collaboration with Ryan Coogler was the highly regarded film Creed, garnering him a nomination for Best Editing in the Independent Critics Poll. Shawver recently wrapped on the highly praised Black Panther, his third successful collaboration with Coogler and a box office smash, which earned him a Saturn Award Nomination for Best Editing.

Moderated by Norman Hollyn. Norman Hollyn is a longtime film, television and music editor who is also a Full Professor and the Inaugural Holder of the Michael Kahn Endowed Chair in Editing at the University of Southern California’s School of Cinematic Arts. Norman has worked extensively in entertainment and media Internet development for large entertainment companies and schools. He recently finished editing a feature film, “Shot,” starring Noah Wyle, which opened September 22nd.
Norman is a member of the Motion Picture Academy, the American Cinema Editors, the Motion Picture Editors Guild, and is Past President of the largest association of production based cinema university professors, the UFVA. He is presently President of the University Film and Video Foundati on. Norman is a frequently published magazine and book author, created the first aesthetics-based course for Lynda.com, and is a frequent speaker at conferences and conventions worldwide in countries such as China, Japan, Germany, Finland, Estonia, Brazil, Mexico, Jordan, Malaysia and Israel.

*Produced in partnership with the American Cinema Editors (ACE) 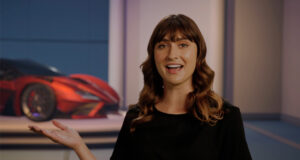