The NAB Show Podcast Studio will be on full display at this year’s show and Lawo AoIP mixing technology will be front and center. Located in Central Hall and adjacent to the NAB Show Live stage at NAB 2018, the Podcast studio will be using the AES67 AoIP standard. AES67, by brief definition, is an open standard for audio over IP and audio over Ethernet interoperability. The standard was developed by the Audio Engineering Society and is designed for existing layer 3 (RAVENNA, Livewire, Q-LAN and Dante) and layer 2 technologies such as Audio Video Bridging (AVB). Ratified in the Fall of 2013, AES67 ensures seamless operations between both previously competing networked audio systems and long-term operations between systems by several manufacturers and industry leaders. 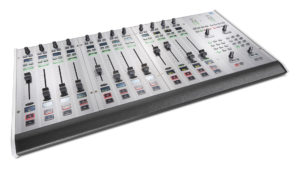 Broadcast Beat will have the distinct role of producing both the “NAB Show LIVE” (for the third year in a row) and now will incorporate the newly released NAB Show Podcast Studio. Visitors to NAB 2018 are invited and encouraged to see and touch the entire line of Lawo Radio mixing consoles and Virtual Radio products at the Lawo display, located in the North Hall of the Las Vegas Convention Center in booth # N2813, or to visit www.lawo.com for more information.

“The entire industry knows Broadcast Beat for their excellent, in-depth coverage of the NAB Show and broadcast technology in general,” says Lawo Radio marketing specialist Clark Novak. “So naturally, when we heard they were looking for technology partners for their new NAB Show podcast studio, we jumped at the chance!”

Don’t miss the chance to view the  most state of the art IP infrastructure running the latest audio, video and streaming technologies. Also, during the 2018 NAB Show, the Podcast Studio will feature special guests including industry thought-leaders and renowned podcasters. To schedule your personal tour (15, 30, or 60 minutes) be sure to visit: broadcastbeat.as.me/podcaststudio

“Lawo sent us a brand-new crystal AoIP broadcast console,” says Ryan Salazar, Broadcast Beat’s Founder and Editor-In-Chief, “along with a state of the art audio DSP platform and RƎLAY Virtual Radio software. This is cutting-edge stuff and we’re very glad to have it as the core of our setup. I think that the broadcasters who will visit and create content at the Podcast Studio this NAB are going to be very impressed with the level of technology at their disposal.”

Also, make sure to visit the New Podcasting Pavilion which will host a vast listing of new exhibitors that definitely showcase this booming industry median. For a run down of session details and for the Content Strategies for Podcasting Conference, follow the link to one of our many featured articles here:  www.broadcastbeat.com/nab-show-podcasting-pavilion/ 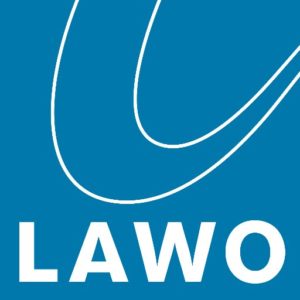 Lawo designs and manufactures pioneering network, control, audio and video technology for broadcast and post production, as well as live performance and theatrical applications, developed in Germany and manufactured according to highest quality standards at the company’s headquarters in the Rhine valley town of Rastatt, Germany.

Located in Fort Lauderdale, Florida, Broadcast Beat (broadcastbeat.com) is a next-generation digital publication covering the broadcast, motion picture and post-production industry. The company has separated itself from other publications by building a production facility dedicated to product reviews and “best practice” discussions. Broadcast Beat also features written articles by experienced professionals, giving peer-to-peer insight on technical information that matters most in the design, building & maintenance of broadcast & production facilities.