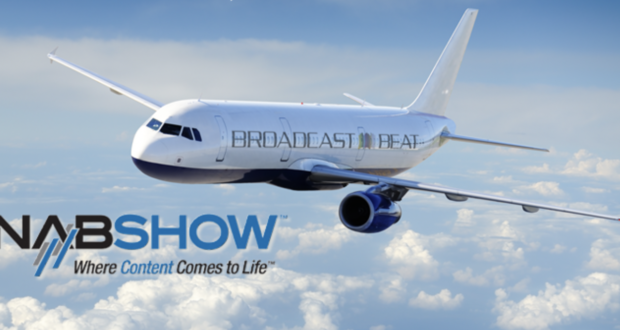 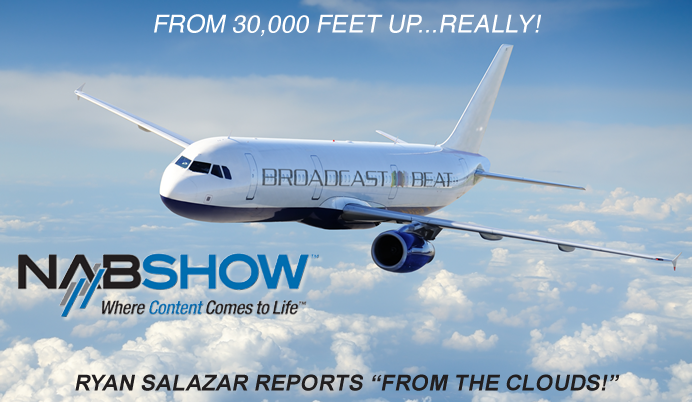 Right now I’m thirty-thousand feet up in the air, on my way to “Sin City” – Las Vegas, Nevada, for the 2019 NAB Show!  As usual, my level of excitement won’t let me settle-down, so I’ve started blogging while on the plane! (This DEFINITELY is a habit, now!!!)

That’s right – NAB Show LIVE!  Centrally located in the Central Lobby, @NABShowStudio1 is the heart of NAB Show‘s onsite digital content production. Featuring social media and broadcast teams, Studio1 is where to see broadcasts of NAB Show Live! Social meetups and Show celebrity sightings; live feeds, on-the-floor “field” reporting and archived show content produced in Studio1 – in addition to news and exhibitor information – will be shown on Digital Content Network rotating on multiple screens throughout the convention center and on the Show Floor in the [email protected]  While many of our folks are on the LIVE Stage, i’ll be  “in the field” and “on the floor” – look for us! Tune in at www.nabshow.com or right here at broadcastbeat.com.

NAB Show is the place to discover the direction of modern media.  Change reality, participate in history, and expand your mind. Join the wave of the future and explore the growing opportunities and worlds offered by virtual reality.

The SPROCKIT program is composed of corporate and entertainment executives and helps spotlight the innovations that effect broadcasting. It’s a Bi-partite program, with the NAB show providing the SPROCKIT program with a showcase, and a sequence of private meetings for the programs participants that are carried out in Los Angeles, the Silicon Valley, and New York.  Maybe your company or product has what it takes to be part of this program! Check it out!

The continuing success of the NAB Shows’ SPROCKIT Program helps bring fresh ideas to the industry with the showcasing of the most dynamic handpicked start-ups. Sometimes new technologies have the potential to disrupt the industry; if that product’s advantages are worth the chaos their introduction might cause the industry, chances are that nextgen media tech will pass through SPROCKIT.  www.nabshow.com/show-floor/attractions-pavilions/sprockit

DO NOT OVERLOOK THE CONFERENCES!!!  There is SO MUCH discussed within them and so many sudden (and last minute) guest appearances it is UNREAL!  Executives from many different studios from the industry share secret after secret and so many things are bandied about, there is just too much to name!  Award-winning directors, show runners, creative crew, and studio and network production executives team-up for a presentation of their impressions on the crafting of content… So much to see, so much to hear…