8K Video Production: The Workflow is Here, But the Cost is High

Video production and post at 8K resolution has long been a futuristic dream. Now, 8K digital cinema cameras are on the market and the editing capability is here with many popular applications. But how does a video maker embrace 8K in a cost-effective way? 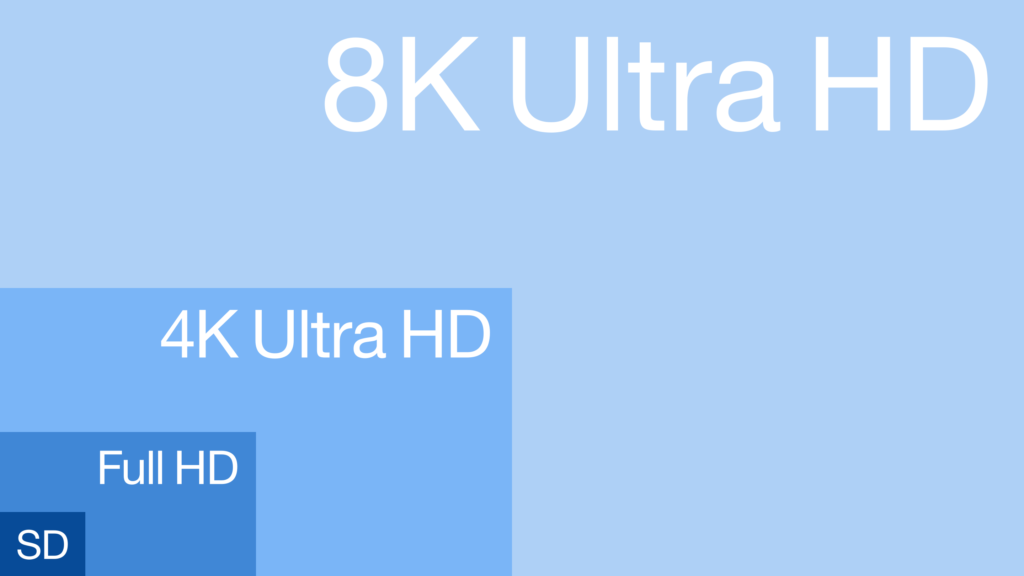 First, let’s define the specs. 8K resolution refers to an image or display resolution with a width of approximately 8,000 pixels. 8K UHD (7680 × 4320) is the highest resolution defined in the ITU-R Recommendation BT.2020, more commonly known by the abbreviations Rec. 2020 or BT.2020.

8K is the successor to 4K resolution. At CES 2019, the first 8K TV receivers were introduced. Broadcasters are still a long way from being able to transmit 8K, and predictions are the format will account for only three percent of the total video market by 2023. Yet, many producers want to create 8K programming, looking to future-proof their more valuable content projects. 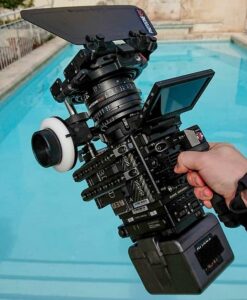 If a production is using an 8K camera from Sony, RED, Canon, ARRI, Panavision, Black Magic Design, Hitachi, Panasonic, Ikegami or another manufacturer, how does it move that very high-resolution video through a workflow that won’t make the cost of post-production untenable?

The most basic answer is to use a proxy workflow, meaning edit with lower resolution proxies of the original images and then conform the edit decision list to the full resolution footage. In that way, the very heavy lifting is saved until the final render and output stage of the edit process.

Recent updates to these applications take advantage of necessary hardware like GPU and accelerator cards to aid in the 8K editing process. System requirements for each app varies, so the user needs to be sure their computer can handle the workflow.

8K can use any of several different formats, including the latest versions of ProRes RAW, REDCODE RAW, R3D or XAVC-S. Within each are differing options — any of which can boost the file size. This size is determined by how the system handles higher frame rates, level of compression and/or HDR, etc.

All 8K post is dependent on the pure processing power of the hardware. An 8K editor will need a powerhouse Mac with at least than 28 cores or a Windows computer with at least a 32-core processor. These are not the entry level model personal computers.

In the 8K workflow, the GPU has to handle the bulk of the workload. It helps to smooth out playback, especially when adding effects and filters to the footage. The latest NVIDIA RTX series and AMD Radeon graphics cards are designed to take on heavy tasks, such as editing and playback of 8K video. By offloading much of the work from the CPU to the GPU, playback of full-resolution 8K video can be obtained with few dropped frames.

Another very useful add-on are hardware accelerator cards. These help take the workload from the CPU and GPU. AJA’s KONA 5 card and the Apple Afterburner card, which is available for the high-end Mac Pro, can significantly help ease the burden of 8K editing and playback. 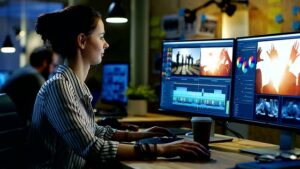 Still another factor in the 8K workflow is the amount of RAM in the computer. For 8K editing, the user needs at least 1.5TB of RAM to operate smoothly. More is recommended. Combined, a personal computer with enough RAM, a GPU and accelerator card are the key elements needed for a smooth 8K workflow in a professional environment.

Next, we get to storage, another important (and expensive) part of the 8K workflow. No way around it, the bandwidth of all 8K video is huge. For example, lets estimate the size of 8K files at 24fps. As a rule of thumb — regardless of format — the files will range in size from 10 to 20GB per minute. Go to 60fps, HDR and less compression and the file expands even more in size.

Be aware, storage for 8K is going to cost big bucks. The best practice for 8K is a RAID storage system with at least 50TB of available capacity. That will hold from 50 to 80 hours of 8K video — again depending on various factors such as the amount of compression and frame rate.

The cumulative cost of all this computing gear is not cheap and reflects the fact that 8K is at the very high-end of the editing chain. Expect a usable Macintosh or Windows computer to range in cost from at least $3,000 up to $15,000. Then add in very expensive outboard storage and accessories.

Clearly, the high-cost of 8K production and post-production must be balanced against the value of the production itself. 8K video is not for low-budget projects (yet). But for valuable content that needs to be future-proofed for use in the years ahead, it can be a smart choice.