A New Captioning Paradigm Could Save the Industry Millions

While marketing my freelance closed-captioning services to television producers, I sometimes get the puzzling response that the production company that they represent has “no need” for such services.

Then it occurred to me: these producers were passing the “hot potato” of closed captioning on to their clients. They were leaving it up to their customers to decide if, when, and how to caption their programs, as if closed captioning had not been around for nearly 40 years but was still just a fad that broadcasters could ignore at will and with impunity.

This realization, in turn, led me to a second epiphany. It explained, at least to my satisfaction, why the online videos of so many major organizations were not closed captioned for the hard-of-hearing (save, perhaps, by the notoriously inaccurate and punctuation-free auto-generated captions provided by Google). The captioning “ball,” after all, was now in the court of these organizations themselves, many of whom knew little or nothing about captioning and were more than happy to ignore the subject entirely, provided that they did not attract too much negative publicity for doing so.

But while it is easy to beat up on producers and their clients for this appalling lack of deaf accessibility on the Internet, both of these groups have some good reasons to be leery of the entire subject of closed captioning, at least as it pertains to prerecorded programming.

The problem is not so much that it is expensive to caption any given program.  The cost, in fact, is relatively low compared to that of most of the other production values. The real problem is that captioning in America, since its television network debut in 1980, has always been provided in an economically unsustainable fashion, namely by syncing caption files with timecodes.

And, after each and every one of these changes, the broadcaster will require a new caption file, or at least a re-purposed one, in order to keep the captions in-sync with the video’s audio track.

No wonder closed captioning today is the ugly stepsister of all of the video production values.

Even as I type this, companies like Amazon, Netflix, and iTunes are outsourcing the captioning of thousands of hours of programming, the majority of which has already been captioned before — and not only once before, but often many times before.

The patent inefficiency of this system results directly in diminishing caption quality for the deaf viewer, as big new video publishers are forced to search for cut-rate or robotic solutions to caption their videos, not necessarily out of a disdain for human professionalism but rather out of a need to caption (or rather re-caption) massive quantities of videos: quantities that even a collection of the fastest professional human captioners on the planet could not hope to “turn around” in a timely manner.

As a veteran in the captioning field who considers quality captioning to be something of an art form, I am troubled by this built-in inefficiency in the system. The wastefulness and expense involved virtually guarantees that my profession receives no respect in the broadcast industry and that speed and low prices will always be valued more than experience and attention to detail by those in the market for my services.

That’s why I am writing this article. But my goal is not simply to bring this unsustainable status quo to the attention of the broadcast industry. I also want to suggest a solution to this problem, a solution that, I believe, will save the industry millions of dollars a year.  By so doing, I’m hoping to redeem the sullied reputation of closed captioning itself and encourage producers to finally welcome it into their studios as a bona fide production value in its own right.

I recommend what I call a “two master” approach to closed captioning, whereby video producers henceforth create two masters for every program: one master that contains open captions and one master with no captions at all.  Under this arrangement, every video would be captioned once, and only once (at least until such time as new content is added to the program). These captions would then be hard-coded, or “burned,” into the open-captioned master.

Viewers would henceforth access these open captions, not by turning on a decoder, but simply by choosing to watch the open-captioned version of the program in question.

When the two masters are subsequently edited (to add a commercial break, to remove a commercial break, etc.), there will be no need to contract a caption company to re-time the associated caption file. The captions, being part of the film itself, will eternally remain in the locations where they belong, let the editors make whatever changes they please to their program.

This new arrangement will even benefit caption companies in the long run, at least those that pride themselves on professionalism and quality.  While such companies will lose the business generated from the need to repeatedly re-caption previously captioned programs, they will find themselves newly valued in the industry for their professionalism in captioning new ones.  Attention to detail will finally be at a premium in the closed-captioning business, since no self-respecting producer will want to have their own painstakingly-produced films ruined by the indelible addition of error-riddled and poorly timed captions, captions that can’t be turned off because they are literally a part of the film itself.

My “two master” captioning proposal has another benefit, as well. Since captions under this paradigm are no longer to be generated by the home viewers’ technologically limited decoders, closed captioners can henceforth avail themselves of a wide range of fonts and colors, etc., not just the traditional white mono-spaced text on a black background. This new palette of captioning tools will “pep up” historically drab-looking closed captions and set the groundwork for captioning innovations over the coming years as television and the Internet continue to merge.  When the closed captioning for a program is thus provided “once and for all,” producers will no longer wish to play “hot potato” with captioning requirements by passing them off to their clients.  Instead, they will want to oversee the captioning themselves, perhaps even recognizing captioning as an opportunity to set their videos apart through the creative way in which they render them deaf-friendly. 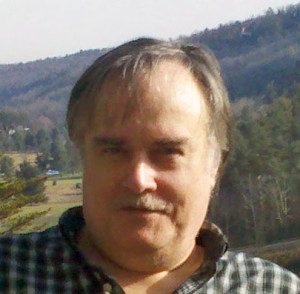 Brian is a freelance closed-caption writer from Basye, Virginia. He has spent over a quarter-century in the captioning business, first as an editor at the National Captioning Institute and then as a supervisor at VITAC.  He publishes a variety of captioning-related websites, including CaptionsForTheWeb.com, CaptionFails.com, and WeCaptionCommercials.com. 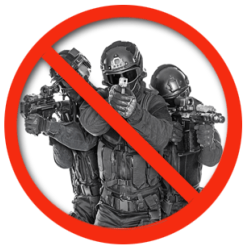 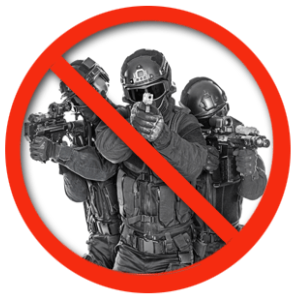