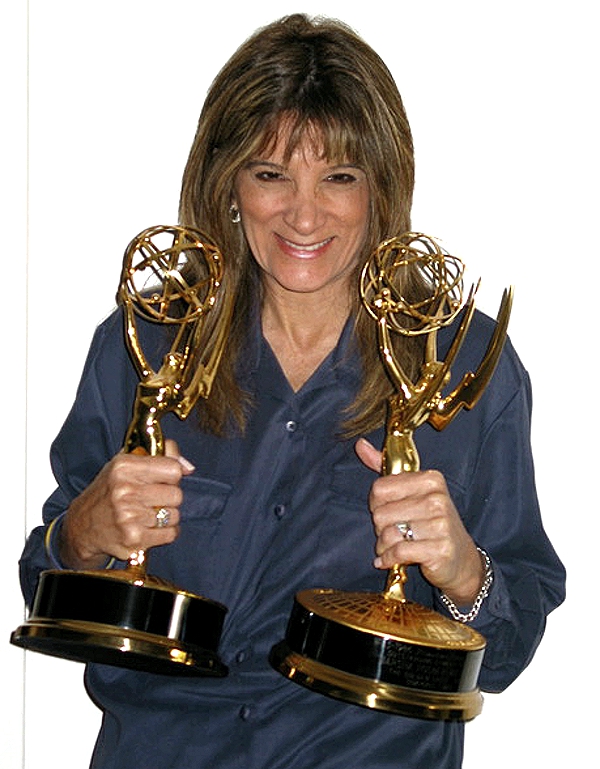 Marsha Posner Williams was a young girl from Arizona who dreamed of working in television. She moved to Los Angeles — struggling for two years to get a job. She finally landed work as a secretary for an independent movie company that made two features consisting of off-color jokes.

Williams was tasked with reading and typing jokes all day. She did it for two years and left the job after developing a wicked sense of humor — something that would serve her well throughout a long career in television.

From this secretarial job, she worked her way up through the world of sitcoms. Over the years she produced about 400 episodes of network television and won two primetime Emmy awards and three Golden Globes.

Williams worked on or produced The Golden Girls, Soap, Benson, Hail to the Chief, Amen and Night Court. Each was a major hit. Today, she is an independent producer and writer on non-fiction projects.

Broadcast Beat’s Frank Beacham spoke with Williams from her home in California.

Beacham: You started out in the business typing off-color jokes for a movie company. How did you leverage that to become a major sitcom producer?

Williams: Those two years that I spent reading and typing adult off-color jokes really kind of honed my comedic skills. I then quit the job. One night, I got a phone call from a woman who worked at MGM Studios on The Practice, a 1977 sitcom starring Danny Thomas. She said, Steve Gordon, who created the show, was flying in from New York to help kick off the second season. He’s only going to be here for four weeks and we need a secretary to work with him. A friend told me you can type really fast. So I started Monday for $200 a week plus overtime. That’s how it all started.

Beacham: You have said your favorite sitcom was Soap. Why was that?

Williams: After The Practice came Soap. I was still a secretary the first season for Susan Harris. That was a great place to be because Susan is one of the greatest sitcom writers in history. And I was the first one to read what she wrote. It was a joy. But there were many specific things about that show. First of all, I was lucky enough to work on all 95 episodes from the pilot to the end, which is very rare. Secondly, Soap was the most controversial show in the history of sitcoms. You learned to handle a lot of the issues that were coming up at that point. And I was in the room when they were going on.

We had protesters in front of the building where our offices were before the show ever went on the air. We kept our drapes shut because we were afraid somebody might throw something through the window. I talked to people who were against the show, even though they had never seen it. For all four years of the run, the religious right never let up. They threatened ABC constantly and boycotted the advertisers.

What I learned from working on Soap is it does not matter to me what one thinks about what I do. I quit asking whether someone likes a show or watches it. Because I don’t care. An opinion is an opinion. It’s not going to stop me from doing my job.

Beacham: When did you make the transition to producer?

Williams: On Night Court, I became associate producer. Then I became a co-producer and then a producer.

Beacham: The word producer has so many meanings today. Is it correct to assume that you were the equivalent of a line producer, where you did the below-the-line details as opposed to being a writing producer?

Williams: Correct. I didn’t direct, write or act. The studio or the network would hand me a script, hand me the money and say bring it to the screen and try not to spend all the money. I worked on every aspect of the show from the shoot to the final editing.

Beacham: Obviously one of the best known shows you produced is Golden Girls. That show is unique because it was about four older single women living together. Why does Golden Girls remain popular in syndication today?

Williams: There were a lot of factors that made that show memorable. How many shows are there of women of that age, talking about sex, talking about menopause, talking about everything ahead of its time in the 80s? Nobody really talked about AIDS then in a sitcom. And a lot of single women are fashioning themselves after the Golden Girls saying, I’m getting my best girlfriends together. And we’ve just decided this is a life we’re going to live in our golden years. We’ll room together. It’s cheaper. It’s more fun, we won’t be lonely — and all that goes along with it. 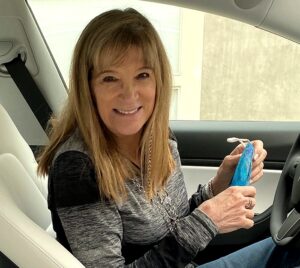 Beacham: There’s a legendary story about Estelle Getty’s stage fright on television. I’ve heard that she was hypnotized at one point, and you had to help with her lines. It finally came down to using cue cards. She was a stage actress, but she was afraid of doing a sitcom. What really went on behind the scenes?

Williams: Estelle really was supposed to just be a guest star on the pilot. We also cast a gay house boy. We shot the pilot with all of them. And then after the pilot, Estelle’s character was so strong, we decided we didn’t really need the guy.

Estelle told me — because nobody knew at the time— that she couldn’t remember things. She came from the stage, where every performance repeated the exact same lines. But on a sitcom things happen quickly. Read it on Monday, shoot it on Friday and read a new script on Monday and shoot it again.

She had her lines written everywhere on the set and did what she had to do to cope with it. By the end of the third season, we started using cue cards for her. I will tell you that the other three women were incredibly supportive of her. Because she was really funny, you know, and when she was on, she was on. The audience frickin’ loved her.

Beacham: What other issues confronted you on that show?

Williams: Bea Arthur despised Betty White. As the cameras moved to the next set, Betty would break character and talk to the audience. Bea hated that. Those two couldn’t warm up to each other if they were cremated together! But when that red light went on, it was like they were best friends in the world.

Beacham: When Desi Arnaz founded Desilu Productions in 1950, most TV programs in that era were broadcast live and recorded on kinescope for delay. Arnaz is credited with the multi-camera production setup, as well as the use of adjacent sets in comedy where the cameras are moved from room to room. They shot I Love Lucy on film, which apparently was so expensive that Arnaz and Lucile Ball agreed to salary cuts in return for retaining the rights to those shows.

That, of course, made them a fortune. And to this day, the Lucy reruns look better because of the film. Golden Girls was shot on standard definition video tape. Do you wish you had done it on film now that we are in the high definition video era?

When Lucille Ball visited the Golden Girls set, she wanted to meet the man who did the lighting — Alan Keath Walker — because the show looked so good. Soap, also lit by Walker, was recorded on two-inch tape and still looks good today. Walker took a black nylon stocking and put it over the lens of the of the camera to get a soft look and give it more of a film look.

Beacham: Looking back, what is different about producing a sitcom today than it was when you were working on all those iconic shows?

Williams: When we used to have a run through, a person from the network who was assigned to our show would come by to make sure it was going right and to give any notes. Nowadays, 20 people from the network show up. They all have a notebook in their hands and they all have an opinion. They have to justify their jobs somehow by saying that a yellow sweater really should be red. Or they think that a chair should be moved over there. It is television by committee. I could not put up with that today.