A Videographers Guide to False Color

Many of today’s video cameras and outboard monitors offer tools to evaluate exposures in a scene. A useful tool — both on location and in post-production — is false color. It not only reveals hard-to-see exposure levels, but shows where digital noise may be present in a video image.

Essentially, false color is a graphic representation of the brightness range of an image. It uses colors to display images that were recorded in both the visible and non-visible parts of the electromagnetic spectrum. False color uses the pixel data directly from the camera’s sensor to establish the integrity of the values present in the video file.

This sounds complicated, but false color essentially displays a video scene in colors that differ from those seen in an accurate photograph. The colors designate different wavelengths that normally cannot be seen by human eyes. 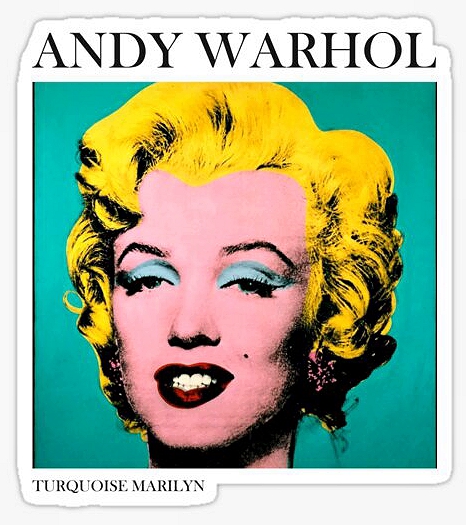 To understand this concept in real-world terms, think of an Andy Warhol painting in which the artist used false-color in his paintings. A good example is Warhol’s print of Marilyn Monroe based on a film frame from her film, Niagara.

Using various ink color palettes, Warhol experimented with variations of false color. One of his most famous false color works was of Monroe in Turquoise Marilyn, which was sold in 2007 for a whopping $80 million.

In video production, false color was designed to read exposure levels in any given shot. The series of colors are used to make certain details more noticeable in determining exposure. Images displayed with these colors follow a spectrum that includes purple, blue, black, grey, yellow, orange and red.

False color reveals visual information hidden from the normal human eye. For example, to the eye, vegetation appears green if it’s vibrant and healthy, but sometimes it is difficult to distinguish it from its surroundings. With false color, the difference in brightness between sections of the scene becomes more distinguished.

Graphical interfaces for false color differ among brands of cameras and monitors, so a universal display does not exist. Colors may vary by manufacturer. Most provide a chart to match their colors to exposure readings.

A simple explanation is offered by Aputure, a manufacturer of monitors that have a false color feature. When turning on the false color mode, the display will change colors. There is a line at the bottom of the screen that represents all the colors between zero and 100 IRE.

IRE stands for Institute of Radio Engineers, the organization that developed the exposure measurement in the 1950s.

The pink part of the Aputure display stands for zero IRE. This is the area picking up total blacks. Next is dark blue — which is for zero to 10 percent IRE. These readings usually mean the scene doesn’t have enough light. In most cases, a videographer wants to avoid seeing pink and dark blue because it means the image is underexposed.

On the high-end of the Aputure scale is orange and red, which means the video is overexposed. Total white means 100 IRE. Orange shows that part of the image is 90 to 100 IRE.

The middle part of the false color spectrum is for the tonal ranges between total black and white, which is generally where the image should be. In the middle the colors are regular gray, dark gray and pink. To capture maximum detail in the image, the videographer should keep shots in the middle, avoiding the shadows and highlights.

The final parts to consider are the quarter and three-quarter points — the blacks and yellows. These two points are wider IRE categories. The black section is 22 to 42 IRE and the yellow is 84 to 94 IRE. These markers should be considered warning signals. The black warns that the scene is on the edge of becoming underexposed and the yellow means the scene is near overexposure.

Accurate measurement of skin tones is important because it can make color correction easier in post. Skin is best exposed at about 70 IRE. On the Aputure chart, that’s a light gray color. To check skin exposure, turn on false color and look for the 70 IRE point — a good average for exposure of Caucasian skin. Brown skin, however, may expose better at 48 to 52 IRE.

Compared to other video exposure tools like histogram and zebra patterns, false color offers an important benefit. It offers exposure levels on an area basis, while a histogram offers a general overall exposure reading of the entire image and a zebra pattern measures highlights from 75 to 100 percent.

False color is a useful tool for ensuring that video is exposed correctly. For professional video camera operators, avoiding clipping in the black and white areas is important — especially for broadcast and commercial clients.

False color is a significant feature because it helps videographers comply with the industry standards for clarity, contrast, color and correct exposure.