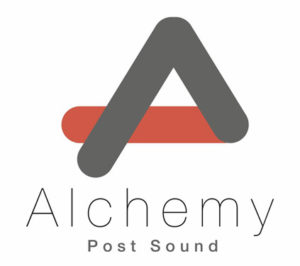 Westchester, New York— The animated series Welcome to the Wayne recently debuted on Nickelodeon, becoming the network’s first original series to move from digital to broadcast, having originally launched in 2014 as a series of shorts on Nick App and Nick.com. Created by Billy Lopez, the show centers on two 10-year-old boys living in a Manhattan high-rise, dubbed The Wayne, where they are involved in all manner of wild adventures.

Beatstreet NYC had been developing the audio soundscape for Welcome to the Wayne from the when the show was a 2-minute test. As a result of the test, it grew into a 6-episode web series. When Nickelodeon decided to turn it into a TV series, Beatstreet’s Bobb Barito called on Alchemy to help with Foley.

The show’s sound team, led by supervising sound editor Bobb Barito, re-recording mixer Matt Longoria and the Foley team from Alchemy Post Sound, have a lot to do with bringing the fantastically crazy world inhabited by the boys to life. They are charged with coming up with a cornucopia of sounds to support the show’s loopy characters, eccentric environments and oddball gadgets. Considerable care is given to each detail of the soundscape, right down to the idiosyncratic footsteps made by the principal characters. 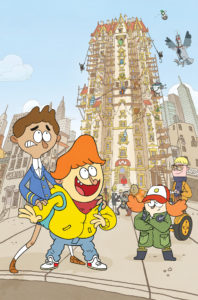 “The show has so many colors and there’s so much going on in each episode that it’s hard to sum up as just one thing,” says Barito. “We have monsters, gadgets, machines…it’s everything from big, cinematic action scenes to slapstick humor. We mesh it all together into a coherent sound design that helps tell and elevate the story.”

Even for an animated series, Welcome to the Wayne features an unusual number of custom sound effects. Barito says that he particularly enjoys inventing sounds for the makeshift tools and devices that are a signature element of the show. “The kids are involved in solving mysteries and they use gadgets that are all toy-based,” Barito explains. “One character has this funny grappling hook. We didn’t want it to sound too heavy or high tech, so we used comical ratchet sounds. Another character, Saraline, has a device called Snatch Adams that grabs objects using a pair of retractable claws. We used actual toy sounds for that.”

Sound is also used to subtly evoke the show’s New York City location. “The producers really wanted you to feel like you’re in a high-rise in the middle of Manhattan,” Barito notes. “In the Wayne, there’s this portal; people get sucked in and sent someplace new. We used New York City subway sounds for that. You can hear clattering metal as characters move through the portal, and the subway’s signature ‘ding’ when they arrive.”

Most unusual for a cartoon is Welcome to the Wayne’s heavy use of Foley sounds, created by the Emmy Award-winning crew from Alchemy Post Sound. Among other things, Foley artist Joanna Fang and Foley mixer Nick Seaman create individualized footsteps for every character.

“One way we wanted to make the show sound special was by giving each character a signature footstep,” explains Fang. “Ansi is bookish and meek, so his footsteps are disciplined and formal, whereas Olly and Saraline run around in squeaky Reeboks. Their personalities are reflected in their footsteps.” 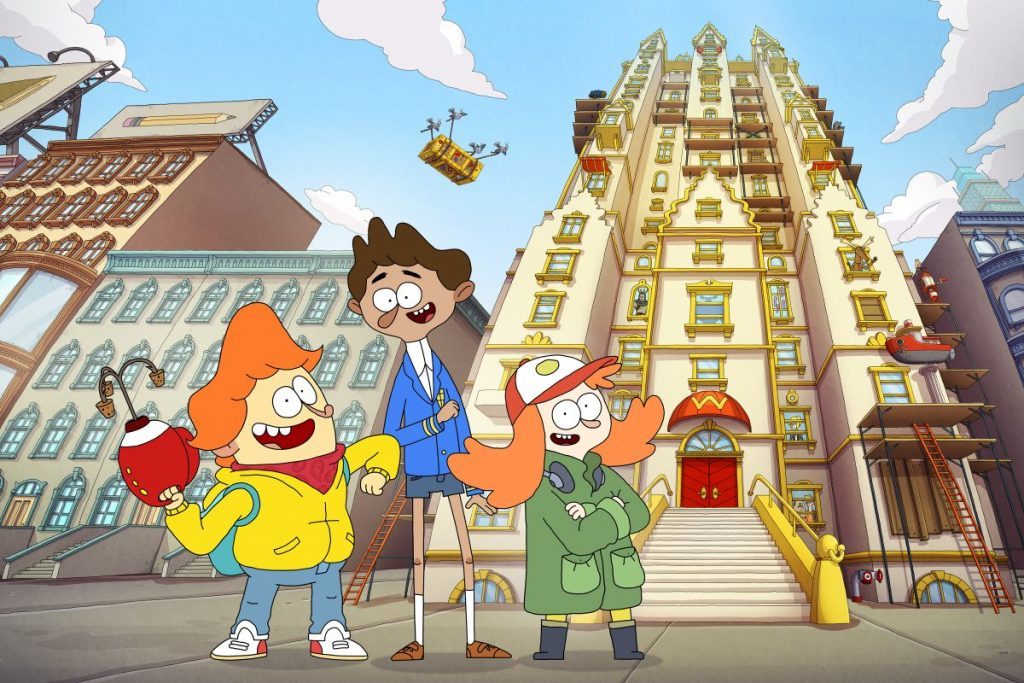 Fang points to another character, Wendell, who walks around in cheap flipflops. “We have a nice pair of squeaky shoes for that, but it became a question of ‘how much squeak do you want?’” she recalls. “In order to control it, we throw baby powder on the floor. That creates just the right amount of slip resistance.”

Getting the Foley effects just right is important, adds Seaman, because they are featured prominently in the finished mix. “All of the dialogue is recorded in a studio, so it’s super dry,” he notes. “When you add the Foley, it sits right there with the dialogue, and if it’s not right, it’s obvious.”

That’s not to say that the Foley effects are always exact representations of what’s happening on the screen. A degree of artistic license is involved. “We perform every single footstep with picture, but staying in sync isn’t necessarily the best idea. Sometimes, you have to break the sync, cheat a footstep, to give it an extra bit of pizzazz and help sell the joke. It’s a funny show, so there is a certain amount of goofiness in everything we do.”

Barito, for one, appreciates the extra effort. “Every time I get the Foley back from Alchemy, it’s like Christmas morning,” he says. “They create distinct footsteps for each character. Sometimes it’s subtle and sometimes it’s hilarious. Wendell walking in his flipflops is very funny. You couldn’t do that with a stock sound effect. That’s Foley.”