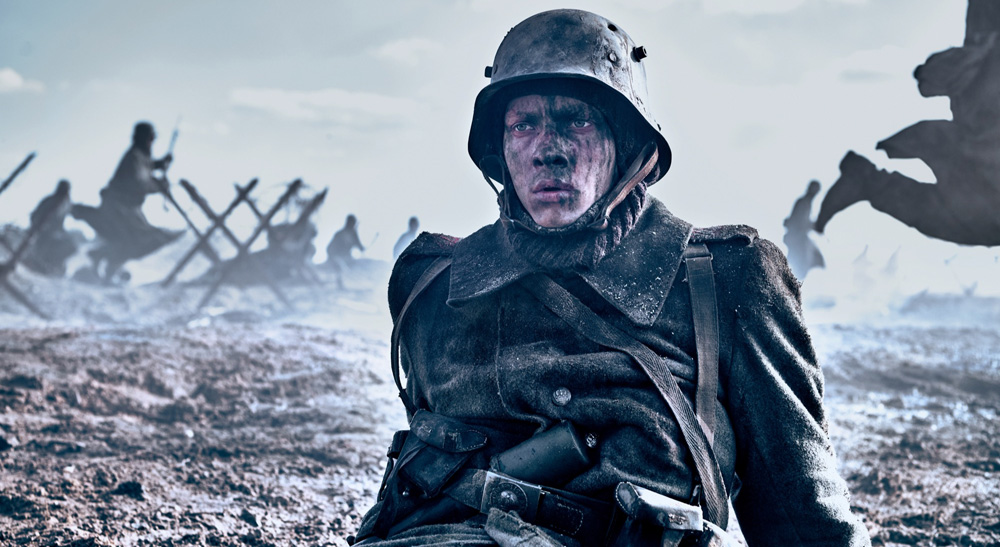 Based on the book of the same name by Erich Maria Remarque, “All Quiet on the Western Front” had its world premiere at the 2022 Toronto International Film Festival. The German epic anti war film was directed by Edward Berger and stars Daniel Brühl, Albrecht Schuch, Sebastian Hülk, Felix Kammerer, Aaron Hilmer, Edin Hasanovic and Devid Striesow.

Set in the closing years of World War I, the film follows the life of German soldier Paul Bäumer who, after enlisting in the German Army with his friends, finds himself at risk of the realities of war, shattering their earliest hopes of becoming heroes.

UPP implemented an ACES color managed pipeline to ensure a smooth transition between the conform, grade and finish, with on set work and dailies color also relying on DaVinci Resolve Studio.

Daniel designed a series of transform LUTs ahead of principal photography for use on set throughout the dallies process. “It’s a project with a legacy, both in literary and cinematic terms,” notes Daniel. “As such, we were keen to move away from the more familiar looks that similar productions share, pushing the saturation and contrast. We also created a subtle grain structure to feed throughout.

“Director Edward Berger, James and I had previously worked together on ‘Patrick Melrose,’ so we quickly rediscovered the shorthand that had served us so well in that production.”

Every film is a process of discovery, according to Friend. “I don’t know exactly how I want the film to look at the start of production,” he explains. “When the rushes start to come in, I gradually move in a direction that reflects the story’s integrity. With ‘All Quiet,’ we wanted it to be naturalistic and feel raw, true to the environment and its historical context.”

Friend worked closely with gaffer Daniel Kafka to enhance the film’s naturalism. “I adore natural light, but it’s not always your friend as it shifts in quality, color and direction, so I’d bounce what light was available using poly boards and mirrors. Andrew and the grade were my saviors, helping to create a seamless look; it wouldn’t have been possible without a DI,” explains Friend.

Daniel and Friend also worked closely with Senior VFX Supervisor Frank Petzold throughout the grade, with progress shared openly to encourage collaboration and discussion. Featuring more than 460 VFX shots, Petzold quickly discovered that he could complete a lot of last minute VFX in DaVinci Resolve Studio. “Whether that was mixing lock offs, split screens or fixes, I could quickly test an edit or comp on my laptop using the same Resolve project alongside Andrew during the grade,” explains Petzold.

“This, combined with the efficiency and execution of the finish with Senior Colorist David Koubik and the UPP team, made the production a true pleasure to work on,” concludes Daniel. “It’s been a real passion project, and while it deals with some challenging themes and is quite raw, it does manage to illustrate the true nature and emotions of war beautifully.”

The film will represent Germany in the Best International Feature Film category at the 2023 Oscars.

“All Quiet on the Western Front” is now streaming on Netflix.