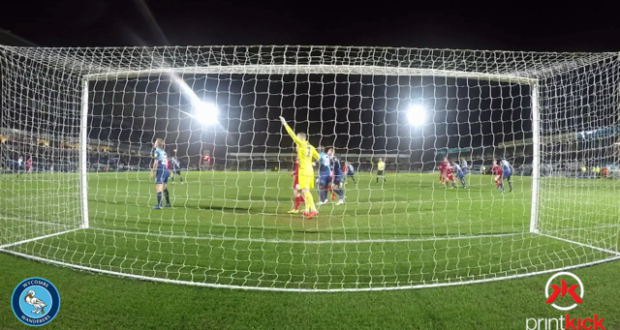 WIthout the use of Alpha Eye 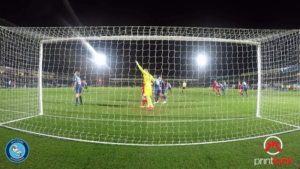 Without the use of Alpha Eye 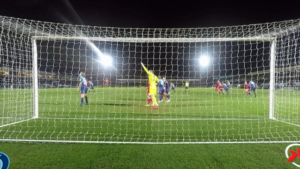 IBC 2019, 13-17 September Stand 6.C28: A new company with a revered name, Alpha Image, will make its first public appearance at IBC2019. The company will launch with a simple solution to a common problem: optical distortion in miniature cameras.

Common in sports – in the goalmouth, or mounted in a stump – and in reality television, miniature cameras are a core element in today’s productions. They are unobtrusive (even covert) yet provide a unique viewpoint. Other applications include wildlife filming and medical imaging.

The challenge is that such cameras need to use wide field of view fish-eye lenses, which result in severe barrel distortion – the uprights of a football goal appear to bow out alarmingly. Alpha Eye is a hardware device that straightens up the distortion. It can also correct for other issues caused by less than optimal camera positioning, including zoom, rotation and planar tilt.

Each miniature camera to be corrected is associated with an Alpha Eye unit. It is set up using a Mac or PC app, then left to run unattended for the duration of the production. The feed to the unit is over SDI, fibre or HDMI so the device can be mounted anywhere convenient: physically it is a compact box measuring 155mm x 120mm x 30mm.

“Sports fans have had to put up with severe optical distortion for the sake of the insight that a stump cam or goalmouth cam brings,” said Alpha Image CEO MC Patel. “The Alpha Eye complete eliminates the problem. Because it is a hardware corrector it operates in real time with negligible latency so fits into productions without an issue. It is a simple, affordable, set and forget solution.”

About Alpha Image:
Alpha Image was an innovative leader at the dawn of digital video from 1987 onwards. It was founded by MC Patel and Tim Gale, whose engineering skills created ground-breaking products which transformed post-production. The original company was acquired and the brand ultimately disappeared, but Gale and Patel founded a new Alpha Image in 2005, originally to do R&D work for other vendors.

Alpha Eye is the first product to carry the name Alpha Image.