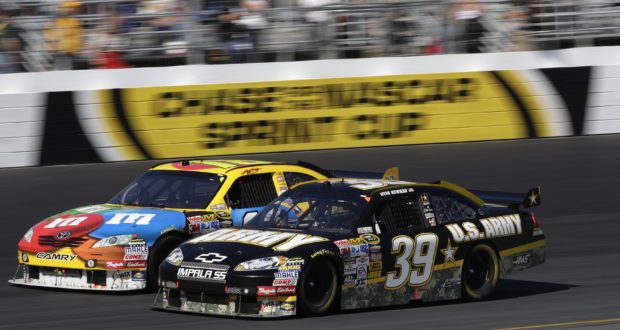 CHARLOTTE, NC, OCTOBER 10, 2019 — Every weekend during racing season, millions of viewers tune in to the fast-paced action of stock-car racing. In order to place the viewer in the driver’s seat, the United States’ largest sanctioning body of motor sports chose Calrec Audio’s Summa digital broadcast audio console for its studio upgrade.

“Calrec’s reputation for sports coverage throughout the industry speaks volumes and made us the leading contender in their upgrade process,” says Rob Lewis, national technical sales, Calrec Audio. “As the most relied on brand in U.S. sports, many existing A1s are already very familiar with mixing on Calrec consoles.”

The Summa is designed for live broadcast applications with a focus on instinctive operation, which is perfectly suited to the high-speed action of American car racing. Control is via a 17-inch multi-touchscreen inspired by familiar tablet technology, with a straightforward interface that uses established finger gestures to navigate the system. Bluefin2 technology gives Summa a pool of 180- or 128-channel processing paths, eight groups, four mains, 16 auxes and 32 tracks, ensuring that it captures all the action of action sports. Its Hydra2 core provides Summa with the same integral router technology as the Apollo and Artemis consoles, which are also popular in live broadcasting.

“Another motivation for the Summa being chosen is for consistency and compatibility; other broadcast trucks that cover these racing events already have Calrec consoles installed,” adds Lewis. “This helps to create an audio and operability consistency throughout the broadcast audio workflow chain, from the track to the studio. It has worked out incredibly well and the client is very happy.”

For more than 50 years the world’s most successful broadcasters have relied on Calrec. They still do. As our industry adapts to new viewing habits and evolving commercial environments, Calrec is helping broadcasters to stay ahead as they switch to IP infrastructures; to achieve efficiency with remote broadcasting; to save money with virtualised production. Calrec’s radio-focussed and flexible Type R can adapt to a variety of requirements including headless, and Calrec has expanded its range of consoles, from the cost-effective Brio consoles, to the IP-enabled ImPulse core. For flexible working, integrated networks and reliable audio, Calrec has it covered. More information at calrec.com.