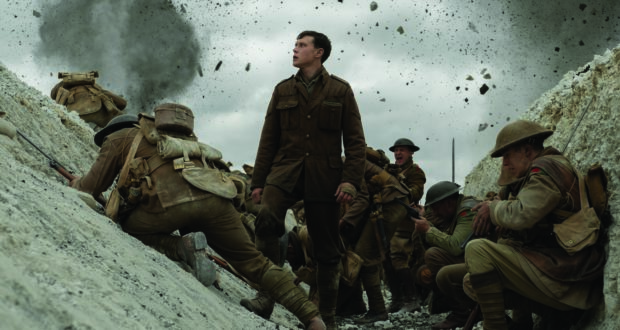 (center) George MacKay as Schofield in "1917," co-written and directed by Sam Mendes.

The American Society of Cinematographers (ASC) has nominated eight feature films in the Theatrical and Spotlight categories of the 34th ASC Outstanding Achievement Awards. Winners will be named at the organization’s annual awards on January 25 at the Ray Dolby Ballroom at Hollywood & Highland.

This year’s nominees are:

This is Deakins’ 16th nomination by the Society, which has sent him home a winner four times (“The Shawshank Redemption,” “The Man Who Wasn’t There,” “Skyfall,” “Blade Runner 2049”). Richardson earns his 11th nomination, while Papamichael and Prieto have each been recognized three times in the past by the organization. Sher, Blaschke, Braier and Wolf are first-time nominees.

The Spotlight Award, introduced in 2014, recognizes cinematography in features that may not receive wide theatrical release. The accolade went to Giorgi Shvelidze for “Namme” in 2019.

For information regarding the 34th ASC Awards for Outstanding Achievement in Cinematography, visit www.theasc.com or call 323-969-4333.