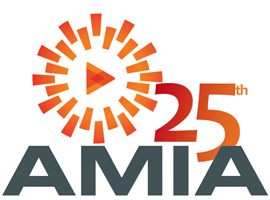 LOS ANGELES (November 16, 2015) – The Association of Moving Image Archivists (AMIA) will hold the 2015 edition of its Annual Conference in Portland, Oregon, from November 18- 21 at the Hilton Portland & Executive Tower. Over 600 members of the global media preservation community will gather to discuss not only the safeguarding of valuable archival elements, but how to keep those assets viable and accessible for the future.

As part of the Conference lineup, representatives from Hollywood studios, universities, national and regional archives, corporate libraries, museums, and more will present case studies and workshops.

In addition to the full conference schedule for attendees, several screenings will be open to the general public. Seats are available on a first come, first served basis. A selection of free screenings includes:

Released over 25 years ago, Paris is Burning follows a handful of drag queens who compete in balls in New York City. The film opened a window into what it was like being openly gay in New York City in the 1980s. This screening of the remastered version will be presented for the first time in its original aspect ratio, restored from original camera negative.

Utilizing film clips from AMIA member archives, this documentary tells the untold story of the rise and fall of the Thanhouser Studio during the first decade of the 20th century, tracing the evolution of one family’s endeavors from live theater production to building a highly successful, independent silent motion picture studio.

Plunging viewers into a startling new world of entertainment, Cinerama was a larger than life, three-dimensional, immersive cinematic process that was different in format and presentation from any other type of filmed entertainment at the time. This is Cinerama is a demonstration film, a travelogue, an opera, an Aquacade, with soaring majesty and thrilling spectacle. Presented in Smilebox(TM) Curved Screen Simulation, the film’s digital restoration team will present a before-and-after demonstration prior to the screening.
AMIA also partners with the Digital Library Federation for Hack Days, where practitioners and managers of digital audiovisual collections join developers and engineers for an intense day of collaboration to develop and refine simple tools for digital audiovisual preservation and access. The groups compete to come up with the award-winning solution.
Additionally, Poster Sessions throughout the week give attendees 1:1 access to the people in the trenches of audiovisual preservation, and there is a half day presentation of The Reel Thing, a technical symposium that explores recent restoration projects in depth.

Visit the AMIA Conference website for full details and the complete schedule: www.amiaconference.net/

The Association of Moving Image Archivists (AMIA) is a nonprofit, international association dedicated to the preservation and use of moving image media. AMIA supports public and professional education and fosters cooperation and communication among the individuals and organizations concerned with the acquisition, preservation, description, exhibition, and use of moving image materials. For more information, visit www.amianet.org.