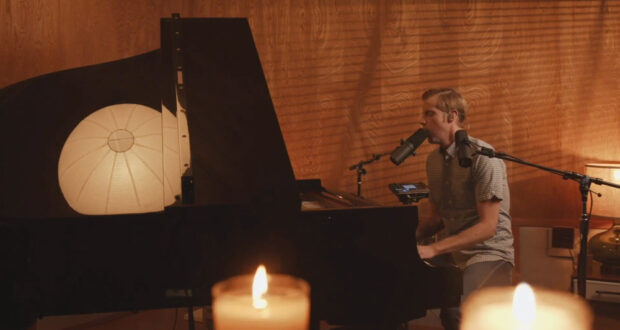 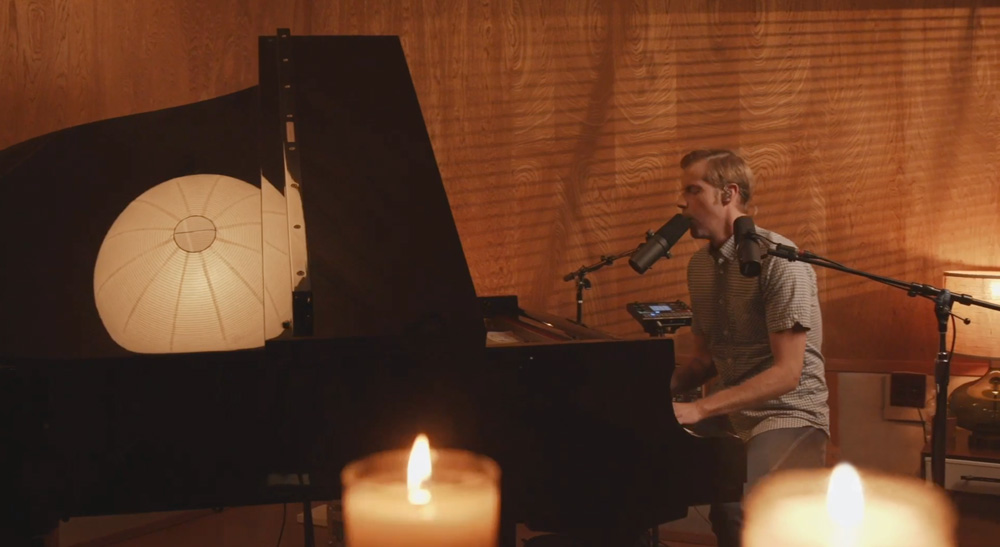 The Dear Jack Foundation was established in 2006 by singer song writer Andrew McMahon (Jack’s Mannequin, Something Corporate) who is a 12 year leukemia survivor. In navigating his own illness, McMahon had first hand knowledge of the shortfalls in treatment, support and research for the disease. The annual event helps raise money for the foundation through a unique musical variety show format.

Event Director Brendan Walter was tasked with solving the dilemma of creating a compelling variety show style program without extensive production resources, all to be streamed live instead of in front of a live audience. “This year obviously the pandemic prevented the actual live event from happening,” said Walter, “but it wasn’t going to stop them from raising money.”

With only a small team, and limited by the pandemic, Walter had to be creative with how to approach both the live event and pre recorded content. “We wanted to do it like a variety show, so we shot lots of content mostly with the Blackmagic Pocket Cinema Camera 6Ks.” The extensive footage, comprised of testimonials from Dear Jack contributors and recipients of the foundation’s support, was conformed and colored in DaVinci Resolve Studio.

Walter enjoyed the portability of the Pocket Cinema Camera 6K cameras, while still being able to achieve a cinematic style. “The Pocket 6K cameras are so versatile and easy to manipulate for a cinematic look to our live streams, and really any application. The live stream can be a flat and full space, but these cameras bring it to life.”

But production of the video clips was only a fraction of the battle. The live event would include performances from Andrew McMahon and his band, as well as Matt Nathanson and O.A.R, with McMahon acting as host as well. While an accomplished director, Walter, like many filmmakers, was not well versed in the world of broadcast tools. Discovering the ATEM Mini Pro ISO changed the game.

“I mean, there’s really no better system for all levels, but especially the one man band pandemic special,” said Walter. “It’s been amazing to be able to have me and my tiny team set up all the Pocket Cinema cameras, connect them to the ATEM Mini Pro, apply looks right on the camera or in the software, all with just a few people. We were able to switch four live cameras easily, and really create a beautiful end product without being a veteran of the live streaming or broadcast world.”

Live production was set up with a combination of Pocket Cinema Camera 6Ks as well as the URSA Mini Pro 4.6K G2, both connected to the ATEM Mini Pro ISO. LUT were set on all cameras, creating a standardized look for the shots. Keeping the crew small, Walter only used one camera operator for a moving camera, with the other cameras locked off and unmanned. Pre recorded clips were fed in to that ATEM Mini Pro ISO as a live camera feed via one of the HDMI inputs.

With the comprehensive workflow of Blackmagic Design, Walter was able to maintain a consistency of look between the pre recorded footage and the live stream. “We were able to really dial in the color in DaVinci Resolve on the footage we shot, getting a good look and vibe, but then we could match that to the stuff that was actually streamed live, which was super cool and just made for a really cohesive and beautiful final product.”

While the choice to live stream was one that was forced on Walter and The Dear Jack Foundation for 2020, the event was still able to raise $350,000 to help Leukemia and cancer patients as well as survivors. The ease of production using the ATEM Mini Pro ISO and Blackmagic Pocket Cinema Cameras, along with DaVinci Resolve, proved that next year, the organization could do even more. “The pandemic caused us to stream this time around, but it feels like something that could start happening every year now. It’s such a good way to get it out to more people!”

For more information on The Dear Jack Foundation, visit: www.dearjackfoundation.org/