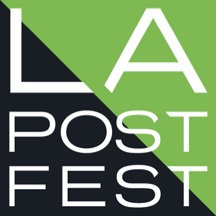 The Los Angeles Post Production Group is announcing the launch of the inaugural year of L.A. Post Fest, an innovative video editing competition where contestants will use their creativity, technical skills and storytelling abilities to successfully complete their own version of a professionally shot sci-fi short film.

Unlike traditional editing competitions, for L.A. Post Fest, each contestant will be provided with the same footage that was shot in 4K using the Blackmagic URSA camera on a green screen stage. They will also be offered digital assets including music from Sony Creative Software and spectacular space images and video from the European Southern Observatory (ESO). Each entrant will have access to the free version of Blackmagic Design’s DaVinci Resolve 12, a professional non-linear editing system and color corrector, to work with if they so choose.

The film is based off of Richard Russell’s sci-fi script, “Protocol.” LAPPG Co- Founder and “Protocol” Director, Woody Woodhall, worked with Richard to craft the script for the particular needs of the competition. “Finding the right script was a challenge. We wanted a story that, although was quite short, still had a beginning, middle and a strong ending. Richard’s script left the dialog ambiguous enough to shoot the lines under different emotional attitudes, allowing the story to be interpreted and constructed a number of ways in post production and the green screen element is key in allowing for maximum creativity both technically and in storytelling. This is a chance to compare apples to apples and see what
kind of dishes they all come up with,” explains Woodhall.

One of the competition’s 6 judges, Juan Ignacio Cabrera, a busy Visual Effects Supervisor and Colorist, sees this as “an amazing opportunity for people involved in all aspects and all levels of post production to allow their imaginations to take charge and to work their storytelling muscles. Filmmaking is about using the tools at your disposal for creating the story you need to tell and this challenge really embodies that. Each person entering this challenge is able to tell their own version of story using these raw materials. I’m really looking forward to seeing these films and each person’s unique vision.”

The culmination of this competition will take place with a festival event in Los Angeles in May 2016. The 5 winning films (Best Film, Best Editing, Best Use of Sound and Music, Best Visual Effects, and Best Use of Digital Assets) will be screened at a theater to be announced shortly and prizes, approximately valued
at $15,000, will be awarded to the winners.

The Los Angeles Post Production Group (LAPPG) is an organization for those with an interest in digital film-making and the post-production process. The group was founded in 2008 and hosts monthly meetings with the industry’s leading experts, professionals and companies. It is a thriving, creative and supportive networking community for members in Los Angeles and around the world and is expanding
their reach with educational, networking and career-enhancing opportunities through the event platform “LAPPG Presents” and is launching L.A. Post Fest, an innovative editing competition in the Fall of 2015 to highlight the huge impact post production has on storytelling.