Thames Valley, UK 16 April 2019 – Canadian broadcaster Newfoundland Broadcasting Company Ltd. (NTV) has extended its reliance on aQ Broadcast technology by adding a new aQ Video Server (aVS) to its monitoring infrastructure. Sporting a total of 16 ports after expansion, the unit is being used to monitor transmission feeds to and from a variety of different sources and to provide alerts in case of any problem being detected.

aQ Broadcast CEO Neil Hutchins says that after demonstration of the aVS’ capabilities last autumn, the NTV team “very quickly realised that it would be a great investment and would significantly transform this part of their broadcast infrastructure. We had the system installed and configured around the multi-viewer, and by December everything was up and running.”

NTV is one of aQ Broadcast’s oldest and largest customers, making use of QNews newsroom software – which provides a robust and reliable solution for full-scale newsroom computer system (NRCS) functionality – and aVS video servers for many years. aQ’s server hardware and software automation technology support NTV’s news studio ingest, storage and playout, as well as its MCR/transmission storage and playout.

But it was a fortunate coincidence that led to the latest extension of NTV’s utilisation of aQ Broadcast technology. During autumn 2018 aQ personnel were on-site at NTV’s studios to undertake hardware and software upgrades. Whilst on-site their attention was drawn to a completely unrelated issue with a third-party device downstream in the transmission chain for one of the output feeds that was beginning to prompt complaints. An aQ engineer was able to outline the ability of an aVS to provide powerful automatic monitoring and alerting for such incidents – as a result of which a system was swiftly delivered and has now been in use for several months.

The unit was initially set-up with 8 bi-directional ports, redundant PSU and no internal media storage (none is required for this application) in a 1RU chassis. The ports were configured as seven monitoring inputs and one multi-viewer output. Since the initial installation the aVS has been expanded with an additional 8-port card, with one port in use as a monitoring input and the other seven available to support future requirements.

Whilst the multi-viewer output can provide a configurable view of any or all inputs, each input is monitored for a range of error conditions, including signal fault, freeze, silence and more. Once an alert is raised, a message is forwarded to all operational and administrative interfaces, with appropriate NTV staff receiving an immediate notification. The system can also send SMS/text message alerts – a capability which NTV is currently in the process of implementing.

In addition, aVS’ fault monitoring can be used to trigger automated failover switching; it’s not a capability that NTV is currently making use of, but it is available for future use.

NTV Manager of Engineering Dean Sullivan commented: “Prior to the installation of the aVS monitoring server we were dependent upon the Master Control operator to notice any signal loss or degradation across seven different service providers, in different formats and all on separate video monitors. With the installation and configuration of this new aVS monitoring server we no longer require the human element and intervention. The aVS system monitors everything we need, displays the video and any alerts in real-time, and notifies us of the issue via email – both initially and when the issue has been resolved.”

About Newfoundland Broadcasting Company Ltd.
NTV is a station of many firsts. It was Newfoundland’s first television station and will soon be celebrating seven decades of entertaining and informing the province. In the 1970s, NTV made history by operating the first 24-hour TV station in the world, and in the 1980’s helped to unite the province of Newfoundland and Labrador by broadcasting on satellite for the first time. With so many viewers now watching nationally and even internationally, NTV became Canada’s Superstation.

NTV has always been committed to excellence and its professional and dedicated staff has made and kept the station number one. From the Janeway Children’s Hospital Telethon, to live coverage of the Royal St. John’s Regatta which is the oldest annual sporting event in North America, to political leadership debates and full election coverage, NTV is there for Newfoundlanders and Labradorians. The NTV Evening Newshour remains the top-rated TV program in the province and the commitment to local communities and culture remains as strong as ever.

NTV is headquartered in St. John’s, Newfoundland and Labrador, Canada, the easternmost tip of North America. NTV is independently owned and operated and is broadcast in HD. NTV’s mission is to inform, enlighten, and entertain their audience, while strengthening the social and economic fabric of Newfoundland and Labrador. For more information visit www.ntv.ca

About aQ Broadcast Limited
Established in 2013, aQ Broadcast Limited (‘aQ’) is the only British company to design, develop, manufacture and support an integrated range of scripting, newsroom, automation and media management software alongside video server and production hardware. aQ is headquartered in the Thames Valley, UK, with offices across the UK, in North Carolina, USA and in Auckland, New Zealand. For more information visit www.aq-broadcast.com 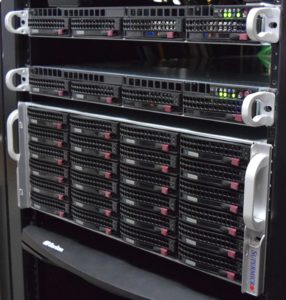 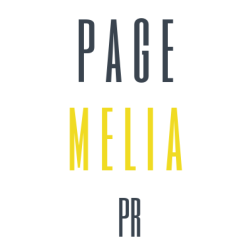 Page Melia PR
With a collective of almost 40 years’ experience working in Public Relations, Page Melia PR is not just another PR agency.

Here, our dedicated, informative and passionate team like to look at things differently to ensure our clients’ voices are heard. We are innovating how your message is shared.

Through practical Content Marketing and PR strategies we forgo the empty ‘PR speak’ and delve straight to the heart of issues, focusing on stimulating thought leadership articles, case studies and blog posts.

Not only do we work alongside leaders, influencers and decision makers to highlight the issues affecting and transforming our industry, we also have a strong relationship with journalists, editors and publications to create the content clients want to discuss – and readers want to read. 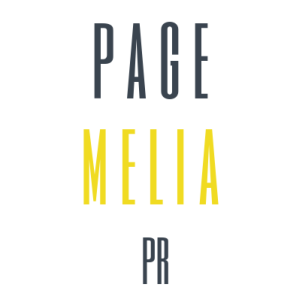