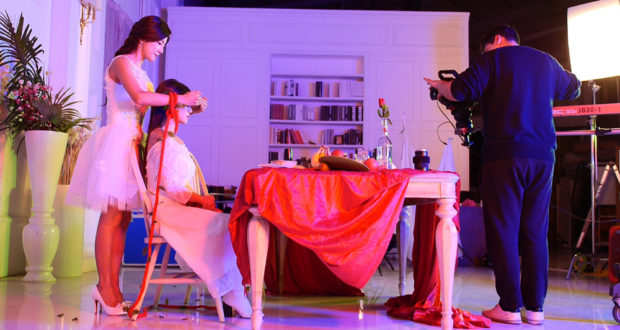 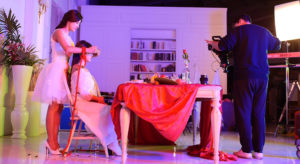 Aiming to expand the global KPOP genre by infusing it with fresh talent from varied cultures, Areia Creations produces catchy music videos with crisp colors to showcase the artists talents and range.

Two key considerations for Georgios “Jun Areia” Tryfonas, Director and Owner of Areia Creations, choosing the Blackmagic Design Pocket Cinema Camera 4K for ‘Ferry ft. Ki Peum Kim – Till Midnight’ was its smaller form factor and high dynamic range. In a lightweight setup, his Pocket Cinema Camera 4K was rigged on a gimbal and did not attract unnecessary attention from prying eyes and made filming high quality video an ease.

“This KPOP concept video, ‘Ferry ft. Ki Peum Kim – Till Midnight’ required fast shots of a couple finding each other in everyday downtown South Korea. This meant that there was no time to recharge batteries or resupply runs back to the office,” said Georgios “Jun Areia” Tryfonas.

He continues: “With the Blackmagic Design Pocket Cinema Camera 4K as my main camera on this shoot, all I had to carry was my prime lens set, batteries and the gimbal, which all fit nicely in one backpack. This convenience allowed me to save time and explore more locations for the perfect shot.”

“The camera not only has the high dynamic range to showcase the beauty of the South Korean cityscape in the daytime, but it also captured perfectly the nighttime vibrancy amidst all the high intensity city lights. I felt that uninterrupted filming at this high level of quality was only possible because it was all filmed in Blackmagic RAW and used the discreet smaller form of the Pocket Cinema Camera 4K.”

Adopting a full Blackmagic Design workflow had significant benefits in post production as well. This was apparent when Georgios “Jun Areia” Tryfonas had an editing and coloring session with his client for the KPOP music video ‘LUA – F Crazy’.

‘Musky – I’m Leaving You Now’ was a bigger shoot that required two cameras. The URSA Mini Pro was chosen to be the ‘A’ CAM with the Blackmagic Pocket Cinema Camera 4K as the ‘B’ CAM. Both cameras shot on Blackmagic RAW 4K for ease of matching footage and having the most flexibility in post production.

“After processing the footage with universal v4 color science, both camera’s footage look like they came from the same camera. I invited the entertainment company’s producer to my studio to work collaboratively towards the final version after a draft edit and color grade. The single session was all we needed and the producer enjoyed the ease of choosing the best shots and making edit changes as DaVinci Resolve Studio was easy to understand even if they did not have any history with NLE editors,” he said.