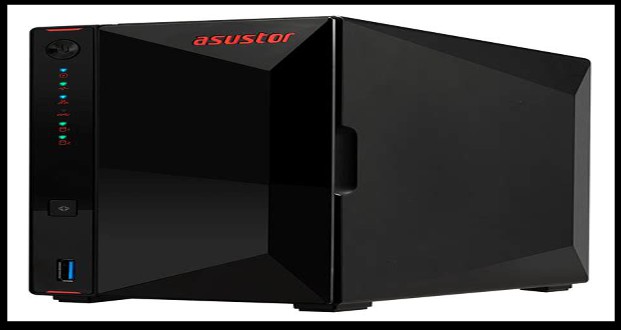 Last year, ASUSTOR Inc. announced that the AS5202T was awarded the Editor’s Choice Award and named the Best NAS of 2019 by PCMag.com. The AS5202T was also named among the best tech products of 2019. Every year, PCMag reviews thousands of tech products and at the end of the year showcases its highest-rated products in a list. 2019’s top tech products, featuring the AS5202T, is not only an affirmation of the quality of an ASUSTOR NAS, but it is also a very useful illustration of the impression the NAS device will surely make at the 2020 NAB Show.

There were more than two thousand products in the running for the top products of 2019 covering fifteen categories. The AS5202T is the only NAS product featured on the list. The diamond-cut front panel introduces a new red coloring to appeal to enthusiasts. The AS5202T, with its stable transfer performance, up to 5-Gigabit aggregated speed, 4K60 video decoding technology, powerful ADM OS and rich app ecosystem has once again been affirmed by journalists as the best NAS system to date.

Founded in 2011, ASUSTOR Inc. was established via direct investment from ASUSTeK Computer Inc. The ASUSTOR brand name was created as a portmanteau of “ASUS” and “Storage”. ASUSTOR is a leading innovator and provider of private cloud storage (network-attached storage) and video surveillance (network video recorder) solutions, also specializing in the development and integration of related firmware, hardware, and applications. They are devoted to providing the world with unparalleled user experiences and the most complete set of network storage solutions possible.