The Dante 4.0 firmware is standard for all Brooklyn II modules shipped by Audinate beginning early in Q4 2017. 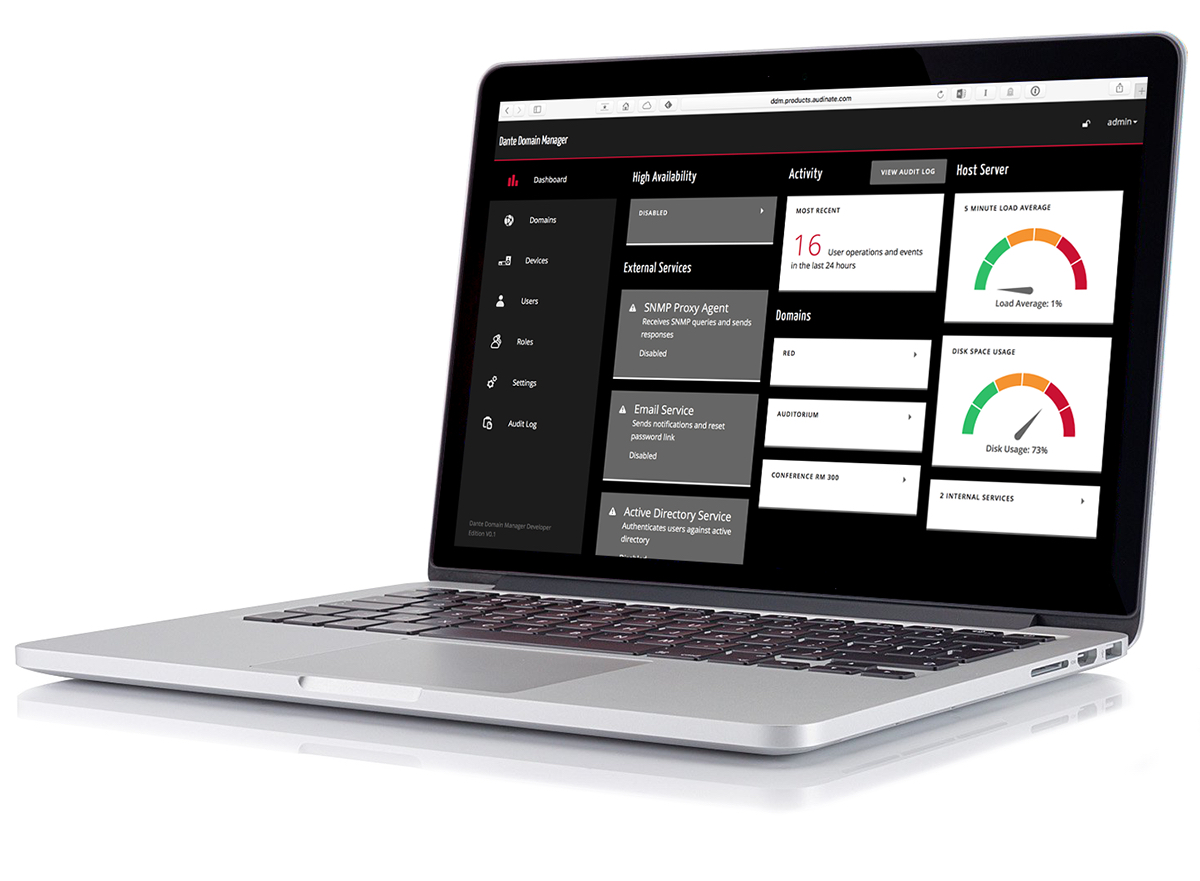 Brooklyn II v4.0 is a key component in the Dante 4.0 system update, which will implement Dante Domain Manager support across the Dante ecosystem. Only products that are updated with the v4.0 firmware will be able to fully participate in Dante Domains.

Dante Domain Manager is the highly anticipated, award-winning new product from Audinate that brings essential new functionality to Dante networks, including user authentication, role-based security and audit capabilities, while allowing nearly unlimited expansion and organization of Dante systems over any network topology. Dante Domain Manager is a virtualized application that runs on Windows and Linux desktop and server platforms, with an intuitive and highly responsive web interface. For more information about Dante Domain Manager, visit audinate.com/ddm.

“The release of Dante firmware 4.0 for Brooklyn II marks the beginning of an era of fully managed AV networks.” says David Myers, COO of Audinate. “The positive response to Dante Domain Manager has been enormous, with implications and benefits for nearly all Dante installations.”

The Brooklyn II 4.0 release is the first of a series of releases to ready the Dante platform for the launch of Dante Domain Manager. 4.0 versions of the Dante software applications and 4.0 firmware for additional Dante hardware platforms will be available in the very near future. Manufacturers of Dante-enabled products are urged to contact their Audinate salesperson for details on upgrading their products to v4.0.

Audinate Group Ltd (ASX:AD8) was founded with a vision to revolutionize professional and commercial audio for the 21st century. Audinate’s award winning Dante audio over IP networking solution is the worldwide leader and used extensively in the professional live sound, commercial installation, broadcast, public address, and recording industries.  Dante replaces traditional analogue audio cables by transmitting perfectly synchronized audio signals across large distances, to multiple locations at once, using nothing more than an Ethernet cable. Audinate is headquartered in Australia and has regional offices in the United States, United Kingdom and Hong Kong. Dante technology powers products available from hundreds of leading audio partners around the world. The company’s ordinary shares are traded on the Australian Securities Exchange (ASX) under the ticker code AD8.