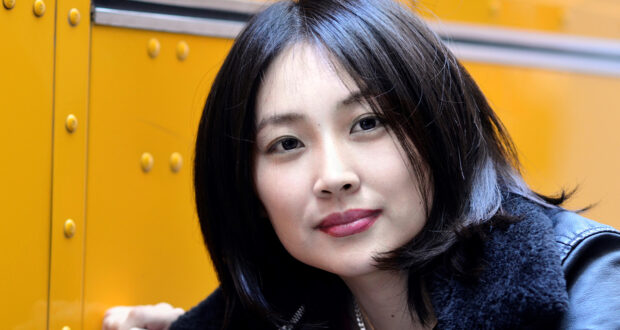 LOS ANGELES, AUGUST 12, 2020 – Recording, Editing, Mixing and Mastering Engineer Ayako Yamauchi is best known for her work in gaming, streaming and TV/film. Having won multiple awards for her audio post-production work, Yamauchi’s credits are filled with some of the world’s leading video games. Included among these are “Uncharted: The Lost Legacy,” “God of War” and “Sekiro: The Shadow Dies Twice.” As a freelance engineer, Yamauchi finds herself working in many different studios. Regardless of where she is, Yamauchi consistently calls on the Post bundle from NUGEN Audio to assist with a variety of aspects of sound effects editing.

“In my experience, NUGEN provides the very best and most reliable plug-ins,” she says. “I have mastered more than 10,000 dialogues in each language for video game projects, and NUGEN plug-ins have been the most consistent solution for me while using Mac OS and Avid Pro Tools. This kind of job always needs precise accuracy and I am very happy with the results I get using NUGEN.”

Yamauchi has found that turnaround speed is crucial to many of her film and television projects. “NUGEN has consistently provided stellar processing speeds, along with the presets necessary to meet the ever-changing audio specs for streaming services,” she explains. “After Netflix changed its standards in 2018, many streaming services followed suit – opting to no longer use the simple broadcasting specs, and instead adopting new standards. This left audio post editors needing to work with new LKFS/LUFS, dBTP and LRA standards. AMB and LM-Correct make this easy for us and saves a lot of time.”

In addition, Yamauchi says that studios have been undertaking frequent upmix tasks. “Broadcasters and streaming services, alike, require 5.1 audio or above,” she adds. “Old movies and TV shows are being added to streaming platforms, but these were originally completed as mono stereo mixes, so they need to be converted to 5.1 or higher. NUGEN’s Halo Upmix does a great job for this process; the presets work very well, and it is very easy to use. I don’t know any other plug-ins that can do it easily without coding or artifacts.”

When working on gaming projects, Yamauchi says there is a unique set of processes. “When mastering dialogue in video games, we need to process the loudness by the type of dialogue,” she continues. “This includes normal conversation, yelling and even breathing, among other things. You want to make sure there’s a consistency between the loud and quiet parts, and loudness is often specified by the sound supervisor.”

Reliability is one of the biggest reasons Yamauchi continues to call on NUGEN. “I really love that I never run into technical errors with NUGEN,” she says. “I have run into bugs with other solutions that cause a lot of headaches because I have to do a lot more processing. That’s never the case with NUGEN. I have never had to communicate with customer service, which says a lot about the quality of the products.”