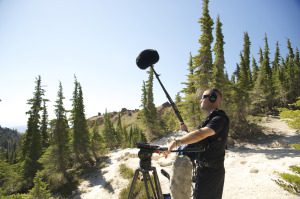 SACRAMENTO, CA, DECEMBER 2, 2014 – DPA Microphones played a prominent role in the making of Becoming California, a two-hour documentary sponsored by The California Environmental Legacy Project that explores the history and future of the state’s national parks. Narrated by award-winning actress Jane Fonda, and set to air on PBS this fall, the film features 15-minute segments of beautiful videography from each park. With its ability to capture everything from the birds in the sky to the elephant seals in the ocean, the DPA d:mension™ 5100 Mobile Surround Microphone proved to be the perfect microphone solution for these scenes. 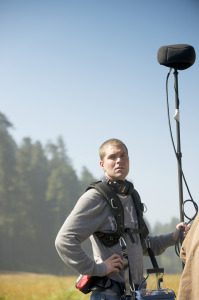 Chosen by Production Sound Mixer Timothy O’Malley, the d:mension 5100 was an integral part of the documentary. “I used the DPA d:mension 5100 specifically for this film because there wasn’t a lot of dialogue to be captured,” he explains. “Instead, I captured the 5.1 surround sound effect of the environment, such as the wind hitting the trees, elephant seals snorting on the beach or birds calling to their mates. The wind was especially important because there’s a lot of it out there. The d:mension 5100 was the only solution. You can’t compare it to other products on the market; it’s just that good.”

In addition to the documentary, each park will feature its individual 15-minute segment in its welcome center, many of which are newly renovated. With more than 30 parks throughout the state, the entire project took more than a year to capture. On recommendation from his film professor at Humboldt State University, O’Malley was chosen for the documentary before his official college graduation. It was this same instructor who introduced O’Malley to the DPA d:mension 5100. 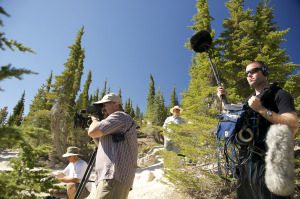 “My film professor taught me everything I know about sound – how to record dialogue, record orchestral arrangements or hair metal bands, and scoring for film,” says O’Malley, who graduated with a film degree in May 2011. “He also showed me all of the different microphones and mic patterns that I could use for these different recording styles. In theory, the d:mension 5100 shouldn’t work because the mics are so close together, but it is perfectly engineered with these little capsules and plastic spacers, which make it sound great. The d:mension 5100, along with my Sound Devices 788T recorder, were my first two equipment purchases after college.”

Full of stunning cinematography, astonishing aerials, 3D animations and an original score led by Grammy Award-winning musician Pat Metheny, the goal of Becoming California is to reconcile human nature with ecological nature on America’s West Coast. It explores how past, present and future relationships will impact California’s environment and whether nature and civilization can co-exist.