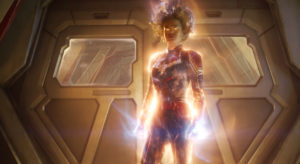 Opting for a large format digital camera paired with a mix of Spherical and vintage Panavision glass, as the principal package, Davis required a smaller, more versatile camera to provide him with alternative options during filming. “We tested various options searching for that magic combination of size and quality, and the Blackmagic Micro Cinema Camera was the clear winner,” he begins.

According to Davis the Blackmagic Micro Cinema Camera setups were kept as small as possible, breaking out the wireless transmitter into a backpack worn by a camera operator. “The camera’s expansion port gave us lots of options for creating rigs for remote operation and monitoring. Coupled with the fact you can record RAW onboard using SD cards also helped to keep everything small and compact.”

“In the past I’ve made the mistake of rigging small action cameras with big lenses, not to mention a protective cage, a motor to drive focus, a monitor to frame and then a transmitter to transfer the information,” continues Davis. “But then you’ve defeated the very reason you’re using it in the first place.”

He adds: “For ‘Captain Marvel’, we also built cages for the cameras but in the end made little use of them. The structure of the body is so solid you don’t need to cage it in my opinion.”

Davis would used clamps or arms to mount he cameras onboard vehicles for example, and fixed focus. He’d then check footage after the sequence had run, make any adjustments, and reset ready for another take.

“That’s where this camera comes into its own. They’re very quick to rig. We’d often run two or three at the same time on sequences like the go kart track. We’d just line everything up, power them up and hit record. There was a lot of vibration and heavy hits on those karts but there was no corruption of files at all.”

The Blackmagic Micro Cinema Camera was used throughout the principal photography, which largely took place on location in Los Angeles and Louisiana, by Davis and the film’s second unit.

“The bar for action sequences has been raised so high that for these to work you have to be very creative with the cameras you use,” concluded Davis. “I want to put the audience in amongst the action so having a small camera you can rig very quickly is great for that. That’s what I like about action cams like those from Blackmagic Design. They can get you into places you can’t always go with ordinary cameras.”

Press Photography
Product photos of Blackmagic Micro Cinema Camera and all other Blackmagic Design products are available at www.blackmagicdesign.com/media/images.

About Captain Marvel
Set in the mid-1990s, Captain Marvel follows Carol Danvers (played by Brie Larson), a former US Air Force fighter pilot, as she turns into one of the galaxy’s mightiest heroes. She joins elite military team Starforce, before returning home with new questions about her past and identity when the Earth is caught in the centre of an intergalactic conflict between two alien worlds.