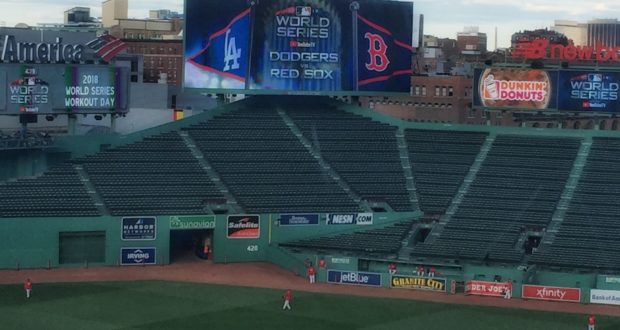 Bexel, an NEP Broadcast Services Company, provided a host of equipment and engineering support for 5 games of the World Series between the Boston Red Sox and the Los Angeles Dodgers, at Fenway Park and Dodger Stadium, respectively. 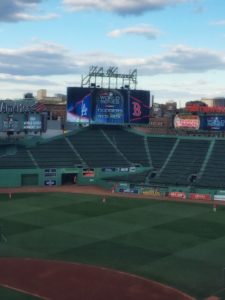 Bexel was again called upon for the eighth consecutive year to support the Post Season for MLB Network, starting with the Wild-Card and Division Series with 10 Panasonic AJ-PX270 handheld AVC-ULTRA HD camcorders to cover its press kit needs. Eight AJA KUMO 32×32 HD-SDI routers were chosen for signal distribution to ensure the highest signal quality and powerful signal control.

For the Championship Series, Bexel supplied MLB Network with an IPTV system with monitors, which were used throughout the production compound to deliver program feeds, with additional monitors positioned in operational trailers.

As the 2018 World Series were planned at both Fenway Park and Dodger Stadium, Bexel equipment and engineering support were ready to be on-site at both locations for MLB Network for the duration of the game series. With equipment coming from both Bexel offices in Burbank, CA and Dallas, TX, the company supplied the entire signal distribution hardware to deliver the vast number of signals between outside broadcast (OB) trucks used for MLB Network, MLB International, and Japan’s national public broadcasting organization NHK. Of the OB trucks, NEP Mobile Units were on-site with EN2, SuperB, and NCP14.

Due to a small compound at Fenway Park, Bexel offered an innovative solution to outfit MLB Network productions with ‘glass cows’ to help move fiber across the city’s street. Each glass cow is a 72-breakout fiber patch panel, moving TAC-12 single-mode fiber cables extended out to audio, video and camera feeds.

“It’s with great pride that we helped bring the World Series to baseball fans in the US and across the world,” said Julia Rodgers, Strategic Accounts Manager of Bexel. “As you can imagine, everything about these games is mission-critical, and knowing that MLB Network is trusting their signals to us is one of the highest compliments a technical broadcast solutions provider can get.”