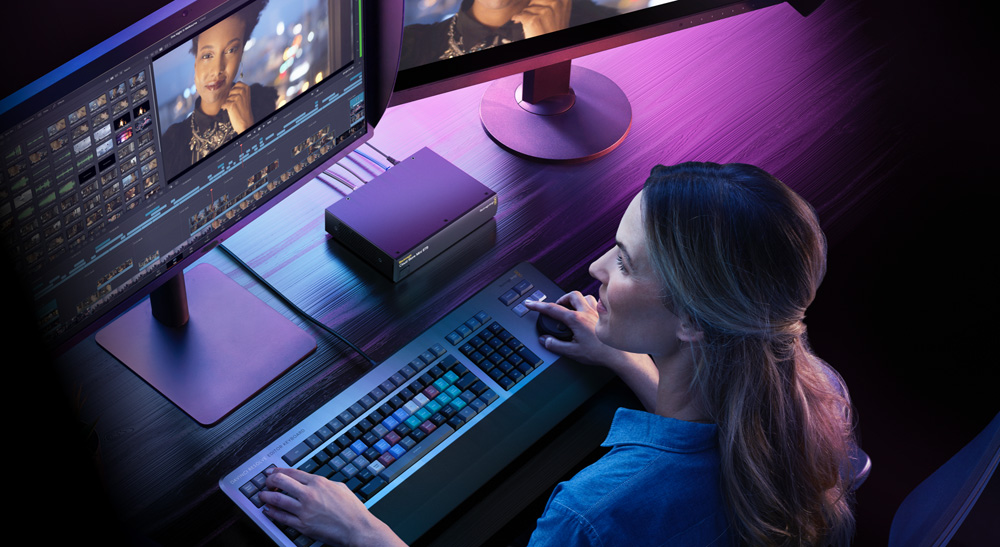 From C&I Films, a subsidiary of C&I Studios, comes the film anthology series “To the Cities that I Love,” which chronicles relationships and how they come to an end. For the latest installment “From DC, I Love You,” editing, color grading and sound mixing were done in Los Angeles, and media management was completed in New York City. C&I Studios relied on Blackmagic Cloud to host the project library on the DaVinci Resolve Project Server, providing instantaneous collaboration on the same timeline for the dispersed team.

“With DaVinci Resolve Studio 18, we all worked from the same timeline in Blackmagic Cloud,” noted Joshua Miller, founder and CEO of C&I Studios. “Blackmagic Cloud meant we didn’t have to send the DRPs (DaVinci Resolve project files) back and forth. All footage was loaded onto our server, and then with a Blackmagic Cloud Store Mini in each location syncing media, everyone in any studio could work on the project at once, magic!”

“We just finished several projects where I had to make proxies of huge files. Because of the speed of the Blackmagic Proxy Generator and ability to process raw files, our projects moved flawlessly,” he added.

With a Blackmagic Cloud Store Mini in Los Angeles and New York City supporting each local team, the media stayed synced and shared throughout post.

“This was everything for us. We were already using 10G speeds in our network, so to be able to transfer directly from our server to the Cloud Store Mini created one seamless process for our workflow. Our DRP was then in the cloud, and we could simultaneously collaborate on the project. Someone was working on color while someone else was editing, meaning the overall post process was faster and more efficient,” explained Miller.

Prior to Blackmagic Cloud, Miller noted that he would have to send the DRP to the next team member in line, and around and around again. “It was difficult because you had to be careful about working on the latest version that was individually sent to you. With Blackmagic Cloud, we no longer have to work piece by piece or worry about version control. Blackmagic Cloud changed our entire workflow,” he said.

Miller concluded, “You can collaborate on a project at the same time anywhere in the world with your team, whereas before everything had to be in network, in one building, or mailed out. Now anyone in the world can work on one project. As an international company, this is crucial to our success.”

“What I like most about Blackmagic is that they are always innovating and coming up with what is next. C&I Studios is always evolving and moving, so it is great to be supported by another company that is looking toward the future and striving to provide the best product.”

Product photos of DaVinci Resolve Studio, Blackmagic Cloud Store Mini and all other Blackmagic Design products are available at www.blackmagicdesign.com/media/images