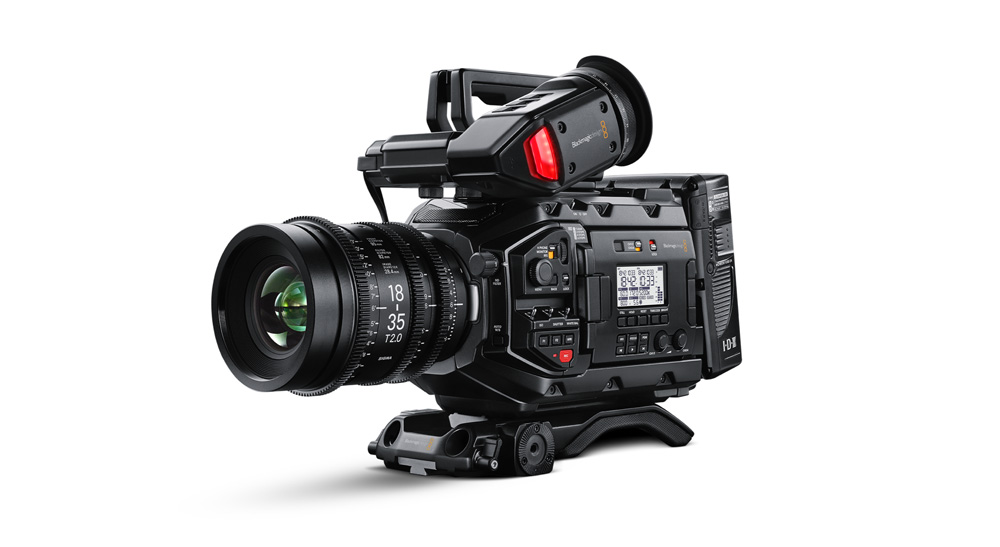 Blackmagic Camera 6.9.3 Update adds support for 11 different languages so it can be used internationally. The camera can be set to English, German, French, Spanish, Portuguese, Italian, Russian, Turkish, Chinese, Japanese or Korean. It’s easy to switch to another language so customers can share their camera with other crew when traveling to locations worldwide. When customers switch languages, all on screen overlays, setup menus and monitoring information will be displayed in the selected language instantly.

Customers also now have the ability to embed custom 3D LUTs in Blackmagic RAW clips, which helps to streamline production workflow. 3D LUTs can be directly embedded as metadata within the .BRAW file, making it easy to display the images with the “look” you want, maintaining creative consistency through post production. When working with software such as Davinci Resolve, it’s easy to access the 3D LUTs for editing and color correction as they always travel with the .BRAW file.

This new update also adds new features that URSA Mini Pro customers have requested such as being able to disable the HFR button to prevent accidentally changing the frame rate between shots. The HFR button can now also be remapped, as can the VTR and return buttons on Cine‑servo PL and B4 lenses. In addition, customers can now lock timecode to the SDI input, jam sync timecode is maintained between power cycles, and the ND filter icon is always visible on status text when in use.

Audio improvements have also been included with customers now able to choose between -18 or -20dB audio alignment levels. Sidetone adjustment for talkback has been added so camera operators can speak loudly in noisy environments while keeping their voice mixed down in their earpiece. Line level XLR input signals can now also be adjusted and audio meters have improved ballistics.

Blackmagic OS has been updated and now adds ⅓ stop ISO increments to the ISO slider, as well as the ability to quickly switch media from the heads up display. In addition, new 2:1, 1:1 and 5:4 frame guides have been added, along with the option for custom frame guides. The media formatting interface has been improved, making it more intuitive so users are less likely to accidentally format a card.

Product photos of Blackmagic URSA Mini, as well as all other Blackmagic Design products, are available at www.blackmagicdesign.com/media/images.