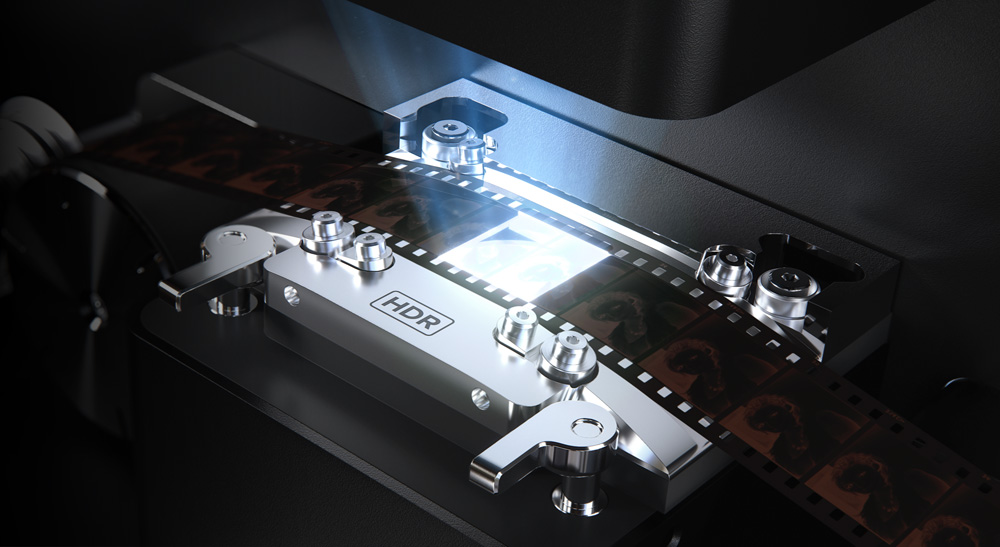 The new Cintel Scanner G3 HDR+ is available immediately from Blackmagic Design resellers worldwide for US$32,045.

The new high intensity light source in Cintel Scanner G3 HDR+ is now 6 times more powerful. The RGB LED grid array illumination source has a square array of 576 high power LEDs arranged into a grid pattern, which are focused onto film using a new light cylinder. This design means that more than twice the silicon area for generating light is available, resulting in more light being directed at the film. There are tens of kilowatts of power contained in each illumination flash to scan a single frame of film. HDR scanning speed is also now up to 3 times faster at full real time speed of 30 frames per second in Ultra HD. The Cintel Scanner G3 HDR+ also features improved color science and up to an additional 3.5 stops of HDR range.

A new film inspection mode allows customers to check the condition of the original film, so they can check if there are any scratches or dust. This new feature is available by simply pressing and holding the stop button. The light source will be adjusted so light becomes focussed in a single direction. This then allows dust and scratches to be seen instantly. The light source can be fully controlled in software, which means the customer gets better control and can check the film before scanning.

“We’ve been demonstrating this new light source technology over this past year and we are now very excited to be able to include it in our newest Cintel Scanner G3 HDR+ model,” said Grant Petty, Blackmagic Design CEO. “The new Cintel Scanner G3 HDR+ has all the great features of our previous model, plus now it includes an all new high intensity light source so our customers can get incredible image quality scans, and also at higher speeds.”

Product photos of the Cintel Scanner G3 HDR+, as well as all other Blackmagic Design products, are available at www.blackmagicdesign.com/media/images.