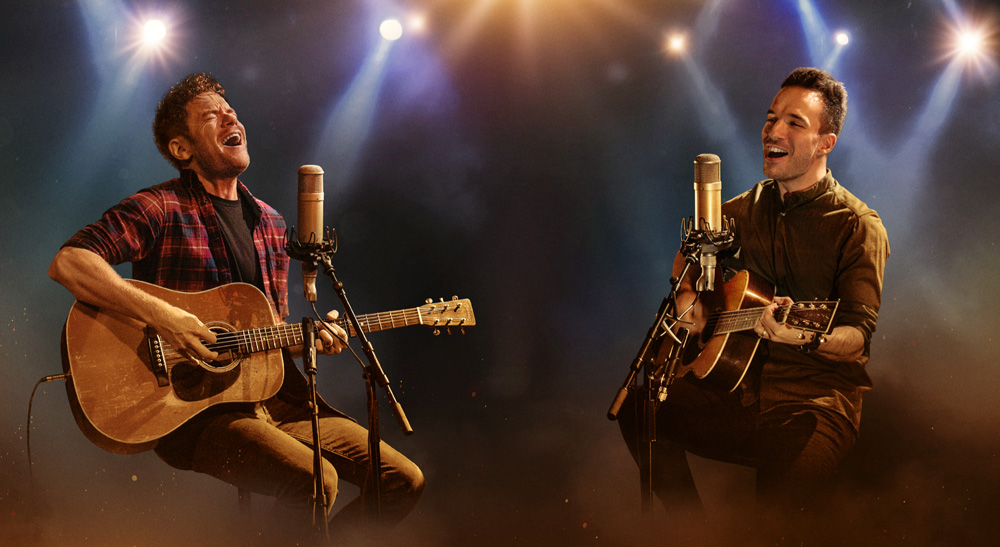 Fremont, CA – April 27, 2021 – Blackmagic Design today announced that its technology has been instrumental in allowing the creators behind ReaktLive.com to stream performances direct to audiences from its own platform.

Based out of the former EMI/Abbey Road Stockholm studio, the live content experience has built its live video capabilities around the Blackmagic URSA Mini Pro 12K, URSA Mini Pro 4.6K G2 and Micro Studio Camera 4K with the support of Scandinavian Photo.

Priding itself on delivering cinematic content live, the full service streaming studio and broadcast company features a clever studio design with six small, discreet cameras on robotic rails and jibs, reveals co founder Nicolas Notini. “The purpose of automation for us was to ensure artists and creators have far fewer distractions and can just ‘do what they do’ more easily.

“With our background as professional musicians, this is how we feel it works, and looks, best. After a few minutes, the cameras will be ignored, and the artist can ‘get into it.’ We are also not afraid to have the technology in the frame when it makes sense, as it helps to enhance the sense of being there in the room for the viewer.”

The streams have a deliberately filmic quality rather than a super digital aesthetic. Every part of the production chain has been considered with that in mind says Notini. “From the best audio possible, in the best studio, with the best gear. And everything, including the audio, is mastered live as we broadcast.”

He continues: “From lighting design to only using cine lenses, the entire system is designed to produce a cinematic look throughout. All cameras are ISO recorded in 4K on HyperDeck Studio Minis for later use. Vision mixing is done on an ATEM Television Studio Pro 4K, and audio too, of course, through dedicated hardware. All of this, live, is a lot harder to do, but it makes the result so much better, and that is the only thing that matters.”

Notini adds, “We have many more events with well known artists planned; watch this space! But we are also constantly developing and hope to expand the automation even further in the future. The more control we can get over camera movement, the better.”

He concludes: “Our number one goal is to produce the best audience experience possible, and this is why we like Blackmagic Design so much. From cameras to converters, mixers, editing and grading, we can always rely on the quality, reliability and integration of Blackmagic’s offering.”

Reakt is a video content production company with its own broadcast portal. Reaktlive.com offers a one stop solution for video and audio content production, including concept development, design, key art, marketing, strategy, digital production, music production, livestreaming and payment solutions. Reakt was founded in the spring of 2020 by Jimmy Lindberg, Nicolas `Nicci`Notini Wallin, Markus Hammarberg and Joakim Ohlsson. By offering all content on our own portal, Reakt Live lets the creators keep the rights to the content they create, while still achieving the marketing and broadcasting reach necessary for a global audience. Go to www.reaktlive.com for more information.