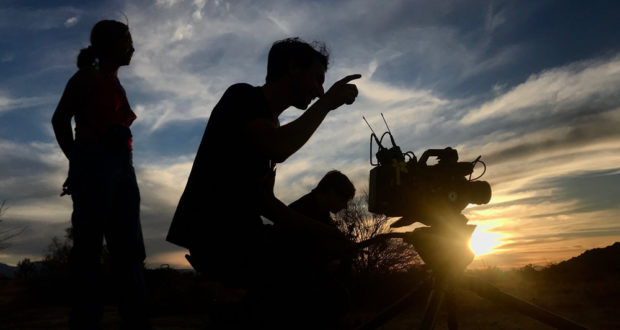 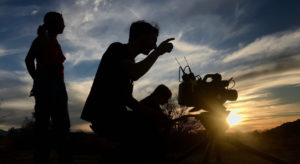 Fremont, CA – February 12, 2019 – Blackmagic Design announced today that it has formed a strategic partnership with the USC School of Cinematic Arts to provide Blackmagic hardware and software to the School over three years. The products will be used by USC students studying filmmaking and post production, while broadcast production students will now have the opportunity to work with UltraHD in the school’s television station, Trojan Vision.

“Blackmagic is known for providing high quality equipment that filmmakers and other content creators find accessible,” said Elizabeth Daley, Dean of the School of Cinematic Arts. “We are thrilled our students get to use Blackmagic Design tools because we know that means they will be better prepared for the work environments they will encounter after graduation.”

The partnership with Blackmagic Design will provide a major upgrade to the equipment used by USC students who create programming for Trojan Vision, the School of Cinematic Arts’ award-winning television station that airs to homes across Los Angeles, and online.

Greg Vannoy, who oversees Trojan Vision, said: “While we broadcast in HD, the upgrade gives us full Ultra HD capability, which we feel creates a better learning facility for our students.” The studio, which is located in the Robert Zemeckis Center for Digital Arts, will now have URSA Broadcast cameras, ATEM 4 M/E Broadcast Studio 4K switchers, ATEM 1 M/E Advanced Panels, ATEM Camera Control Panels, and a massive array of routing components, as well as HyperDeck Studio Pro recorders; transforming the facility into a modern teaching environment.

“We are thrilled that some of the media industry’s most talented young creators will be consistently learning on and using our products and we are excited to see what they end up creating,” said Grant Petty, CEO of Blackmagic Design.

“It’s important for our students to learn in an environment that closely resembles the industry,” said Meri Weingarten, Director of Digital Media & Technology at the School. “We know this will improve their skills,”

About the USC School of Cinematic Arts

The University of Southern California’s School of Cinematic Arts is one of the leading media schools in the world. Founded in collaboration with the Academy of Motion Picture Arts and Sciences in 1929 over 86 years ago, the USC School of Cinematic Arts has fueled and mirrored the growth of entertainment as an industry and an art form. The School offers comprehensive programs in directing, producing, writing, cinema and media studies, animation and digital arts, production, interactive media and games, all backed by a broad liberal arts education and taught by leading practitioners in each field. Its more than 13,000 alumni are among the world’s most distinguished animators, scholars, teachers, writers, directors, producers, cinematographers, editors, sound experts, video game designers and industry executives. Since 1973 not a year has passed without an alumnus or alumna being nominated for an Academy Award or an Emmy. cinema.usc.edu