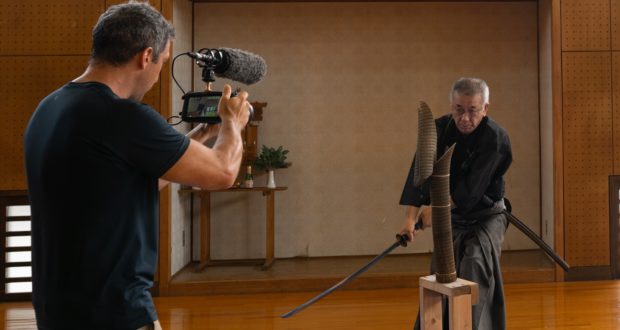 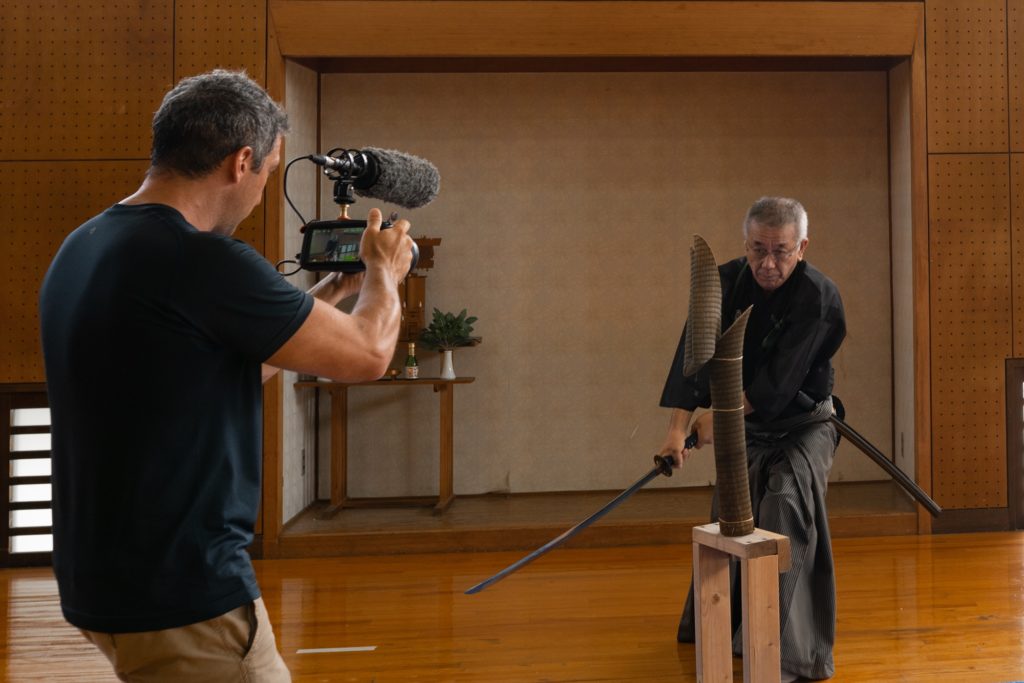 “Into the Rising Sun” was produced in partnership with Japanese network TSS and follows Echo Bay Media Cofounder and Producer Scott Wilson as he travels throughout the lesser seen parts of Japan, exploring a variety of scenic areas while riding a motorcycle. The series was shot and directed by Echo Bay Media Cofounder Andre Dupuis and allows viewers to experience the wonders of Japan’s countryside.

“We love being a fly on the wall in the way we do things, and it was way easier because of how compact the Pocket Cinema Cameras are. For example, when we were walking into a temple, a festival, or enjoying a culinary experience, we relied on the Pocket Cinema Cameras as they wouldn’t disrupt the moment and captured things with a proper reality. That was amazing and really important to us,” said Wilson.

The Pocket Cinema Camera 6K also provided Echo Bay Media with the extra resolution they needed. This was a huge benefit while shooting the motorcycle scenes specifically.

“There were times when Andre was hanging out the side of a minivan on a highway with the Pocket Cinema Camera 6K rigged up to a stabilizer, getting shots of me on the motorcycle. In these instances, bumps and wobbles were inevitable,” said Wilson. “However, because of the extra resolution we had when shooting in 6K, we could easily dial in, stabilize and perfect the shots in post. It made run and gun situations feasible.”

“The camera’s small footprint, ability to shoot in Blackmagic RAW, and 13 stops of dynamic range worked perfectly with our stabilizer,” said Dupuis. “It allowed us to capture shots that would normally require very expensive, purpose built camera cars with heavy cameras and gimbals.”

The ability to shoot in Blackmagic RAW proved to be a significant benefit for Dupuis while capturing the documentary style footage.

“When we are shooting documentary style, we need to travel with three copies of the footage for redundancy. This means the hard drive fills up quickly,” Dupuis explained. “Travelling the world with as little weight and bulk as possible is crucial. Blackmagic RAW gives us that flexibility with its efficiency, providing the best image quality for the smallest file size.”

Rounding out the workflow, the Pocket Cinema Camera 4K was used as the night vision camera in near zero light, such as a dark temples or night rides, or when the team wanted to create shots with very little depth of field.

“Having two more stops of dynamic range had me reaching for the URSA Mini Pro 4.6K G2 more often than not,” said Dupuis. “Additionally, having built in ND filters is so important to me, as I often want to stick to a specific F Stop for consistent depth of field throughout a scene. I have that control here with the twist of a knob.”

“When working with multiple cameras in a mixed lighting scene, Blackmagic RAW helps ensure accurate color matching and blending to create a sense of uniformity when cutting,” Edwardson noted. “From the flexibility of color temperature fine tuning in Blackmagic RAW, to the color matching of Image Wipe combined with Qualifier RGB picker, DaVinci Resolve Studio makes it possible to add studio precision to run and gun documentary multi camera work.”

As legacy Blackmagic Design users, Echo Bay Media plans to continue using its existing gear in upcoming productions. “We’ve been using Blackmagic Design for more than ten years, ever since the original HD Blackmagic Pocket Cinema Camera. We are really happy with how ‘Into the Rising Sun’ has turned out with the newest gear and can’t wait to embark on our next journey with Blackmagic Design,” concluded Wilson.