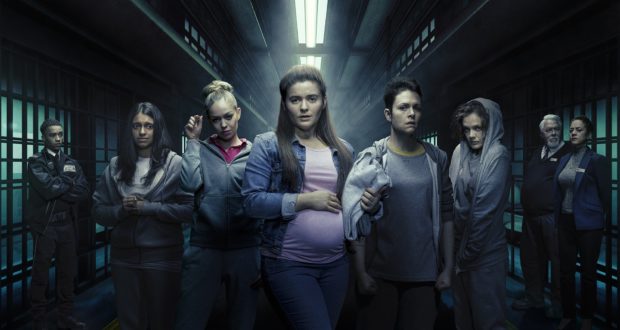 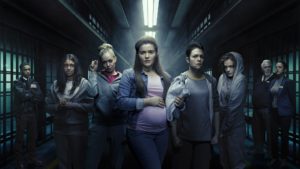 Fremont, CA – May 29, 2019 – Blackmagic Design has today announced that new British television drama series Clink, created by Colin McKeown and produced by Donna Molloy, has relied on a Blackmagic RAW workflow for both acquisition and post production.

Produced by LA Productions in association with Kew Media Group and inspired by real events, the gritty ten part series was directed by Gary Williams and lensed by director of photography (DP) Tim Pollard. The URSA Mini Pro G1 was chosen for acquisition with Williams and Pollard opting to shoot in 4K using Blackmagic RAW 12:1 constant bitrate.

“I used to be a DP myself for many years, and I’ve always been impressed by the look and skin tones that you get out of the URSA Mini Pro. I find it responds very well to light,” reveals Williams. “I’ve used it before on numerous documentary projects and felt it translated well to drama.”

“Its latitude came into its own shooting with Blackmagic RAW. It meant much more freedom on a shoot that involved a lot of confined spaces that were especially difficult to light. Knowing that all of that detail was in the frame, to begin with, meant we could lift that information out from the blacks or the highlights and put it back during post.”

With principal photography complete, the project went into post production overseen by LA Production’s Patrick Hall. While the edit and grade were completed in DaVinci Resolve Studio, the VFX compositing was carried out in Fusion Studio.

Taken from inception to air in just ten months it was the decision to acquire with Blackmagic RAW that enabled LA Productions to deliver the production in record time, according to Hall. There were four editors in all and two assistant editors piggybacking each of the four blocks.

Filming for each episode took place over seven days with the post team assembling an episode cut as the rushes came in at the end of each day. The editor then spent two and a half days with the director to get a fine cut done, and then it was straight on to the grade and finishing.

“We initially tested a proxy workflow against Blackmagic RAW but found the latter to be more straight forward in terms of speed. It also meant that we freed up an assistant editor do more work with keyword metadata and exports. That made it much easier finding material further down the line for the promotional trailers much easier.”

Learn more about LA Productions work on Clink from Patrick Hall at EditFest London, where he will be speaking on June 29, 2019 at the BFI on Southbank.