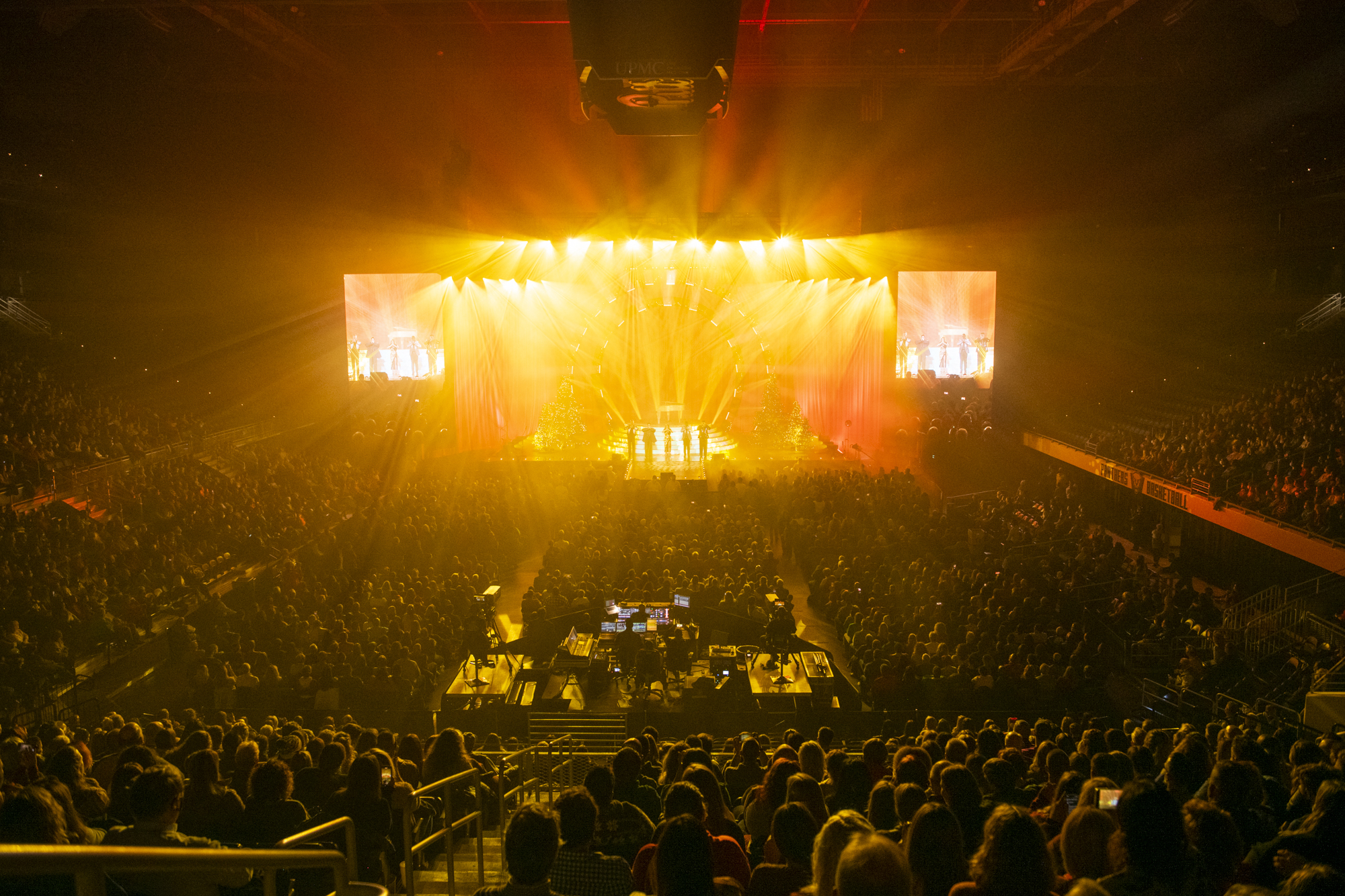 During the performance, which was streamed across four time zones on premium social live media platform Moment House, Grammy Award winning a cappella group Pentatonix performed songs from its latest album Evergreen. Among the many advantages Moment House brings to both creators and fans is the focus on providing cinematic experiences with high quality, Hollywood level imagery from multicamera productions. MixOne Cinema, which specializes in high profile entertainment events, was chosen to produce the performance and used Blackmagic Design products to achieve a high quality look. 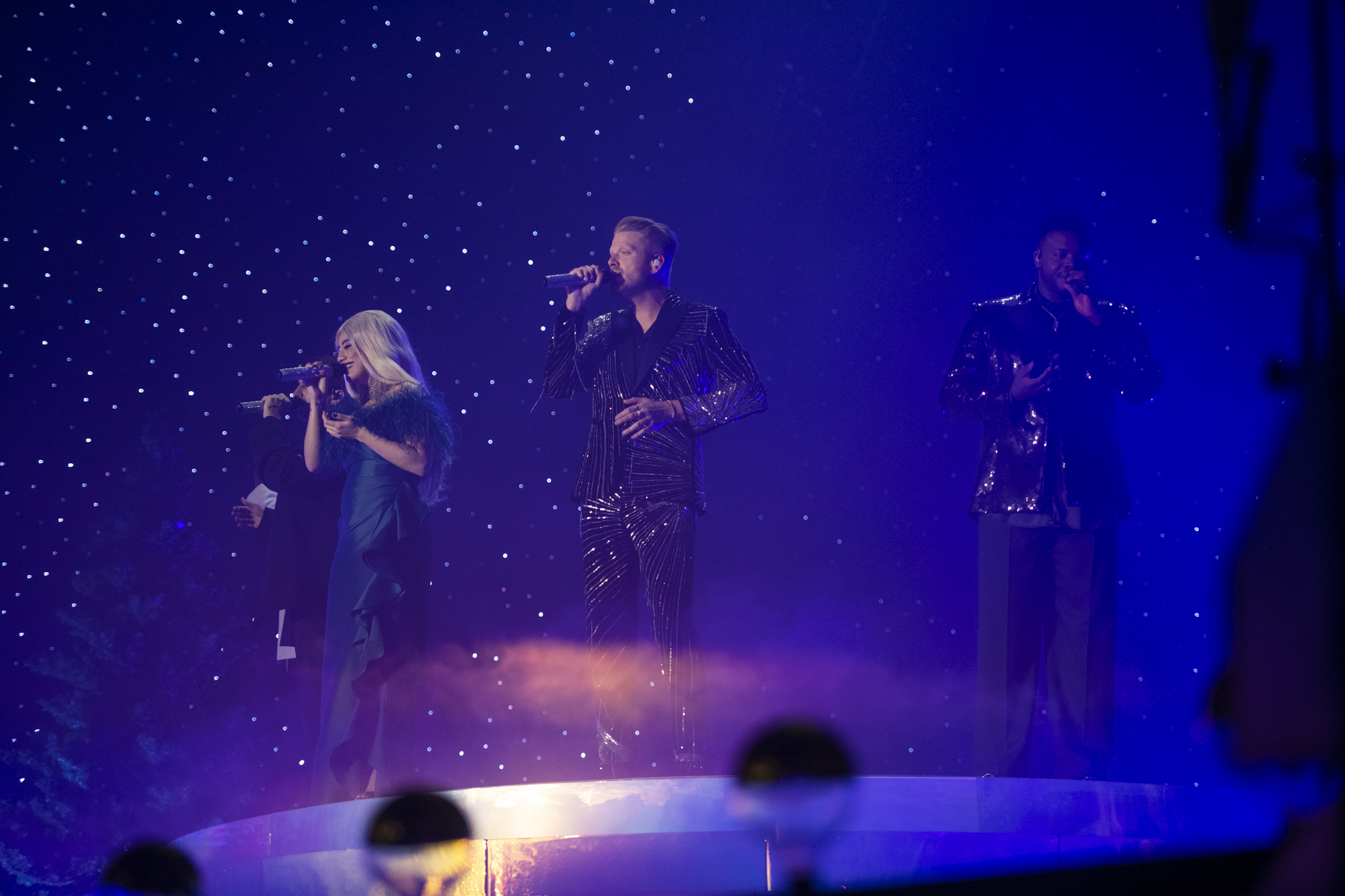 According to MixOne Cinema’s Director Kevin Garcia, there were many dimly lit, intimate moments during the show, and the URSA Broadcast G2’s lowlight capabilities allowed him to capture them without worrying about grain or noise.

Citing the URSA Broadcast G2’s 6K sensor and dual gain ISO, Garcia noted: “Being able to crank the gain without losing quality was very helpful for some of the darker moments of the show that otherwise may not have come out as clean; it made a world of difference. At times I was concerned, but we leaned on the URSA Broadcast G2s, and the resulting footage was incredible and maintained the very clean and polished look that the band and I had in mind for the show.”

“The 6K sensor and dual ISO are things I’ve always loved as part of my Pocket Cinema Camera 6K Pro. Now with the URSA Broadcast G2, I can really maximize the workflow due to the additional features that come with the URSA body, such as being able to mount to a gimbal or jib for more control, the additional ports and the dual CFast card slots, which allow for nonstop recording. For example, once we let the audience in during the show, there was no way to bring the jib down to swap cards. By having camera control via the ATEM Software Control and two cards in there, it was never a concern. I’m fully supported no matter what the job throws at me,” he added. 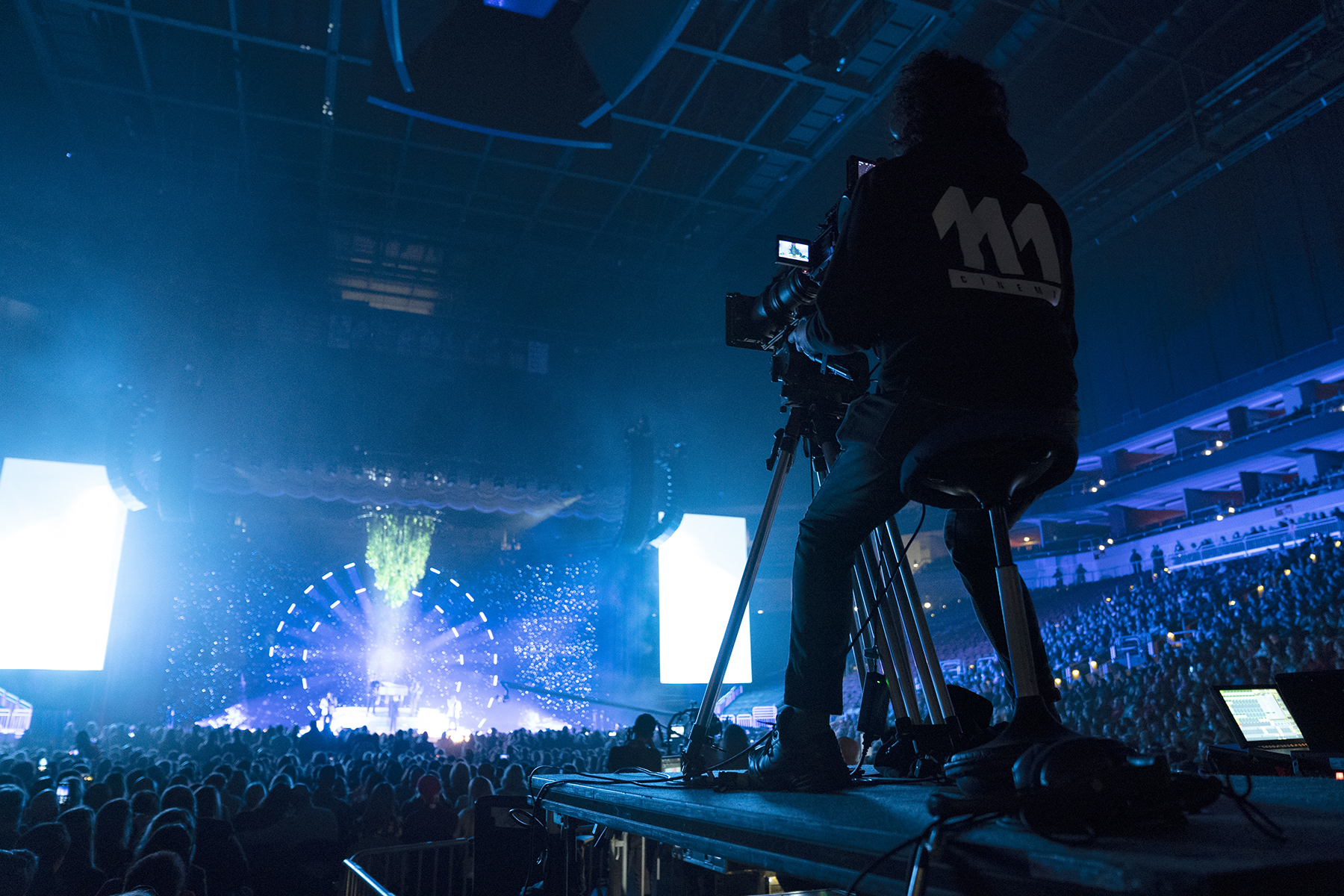 “We routed everything into the ATEM using fiber, as we were in an arena and had a lot of long cable runs. The Mini Converters aided in being able to go long distances very quickly with fiber and allowed camera shading via the ATEM. We recorded ISOs in each camera and the program out onto an SSD with the Video Assist,” said Garcia. “The ease of all the Blackmagic Design units working together allowed our team to be up and running incredibly quickly and efficiently and helped create a seamless show.”

“With an ever changing industry going from live events into streaming and now a hybrid of both, it’s been a very exciting time working with Blackmagic Design products as the tools fully support any workflow,” he concluded. “The hybrid model is especially advantageous as it brings live performances to an audience at home who otherwise wouldn’t have the ability to view these events. I personally think this hybrid model is here to stay, as now artists are planning streams as part of a tour or as a special event; for example, a new release or an anniversary of a record. It’s a new and exciting busines model for the industry.” 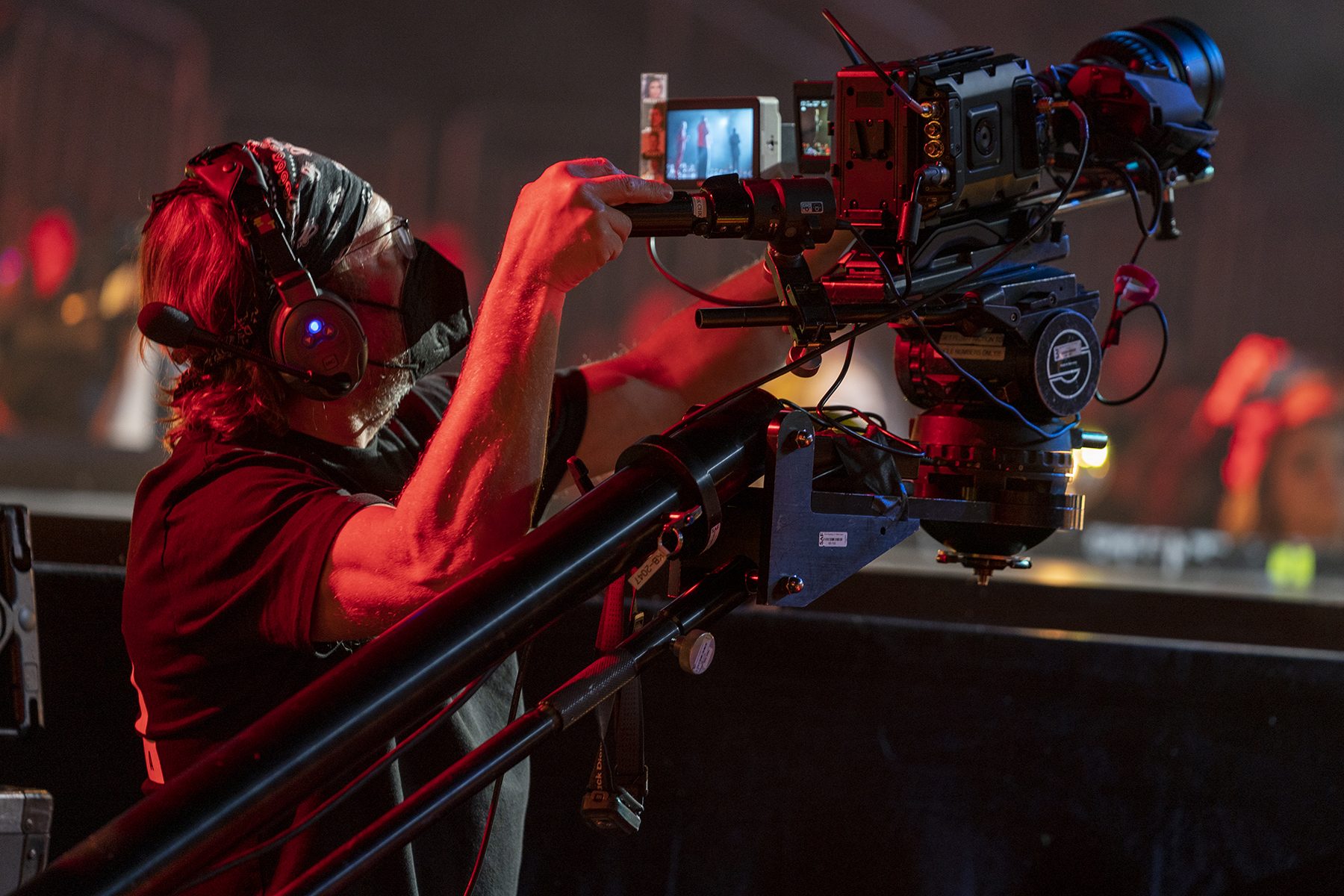