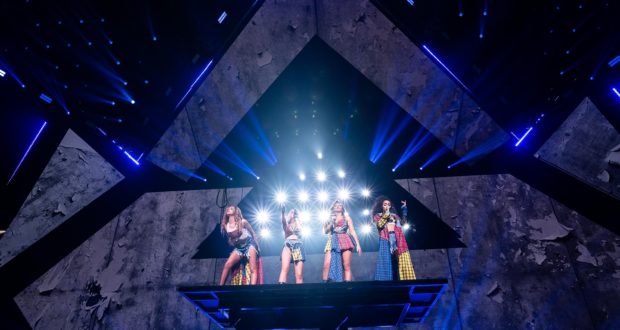 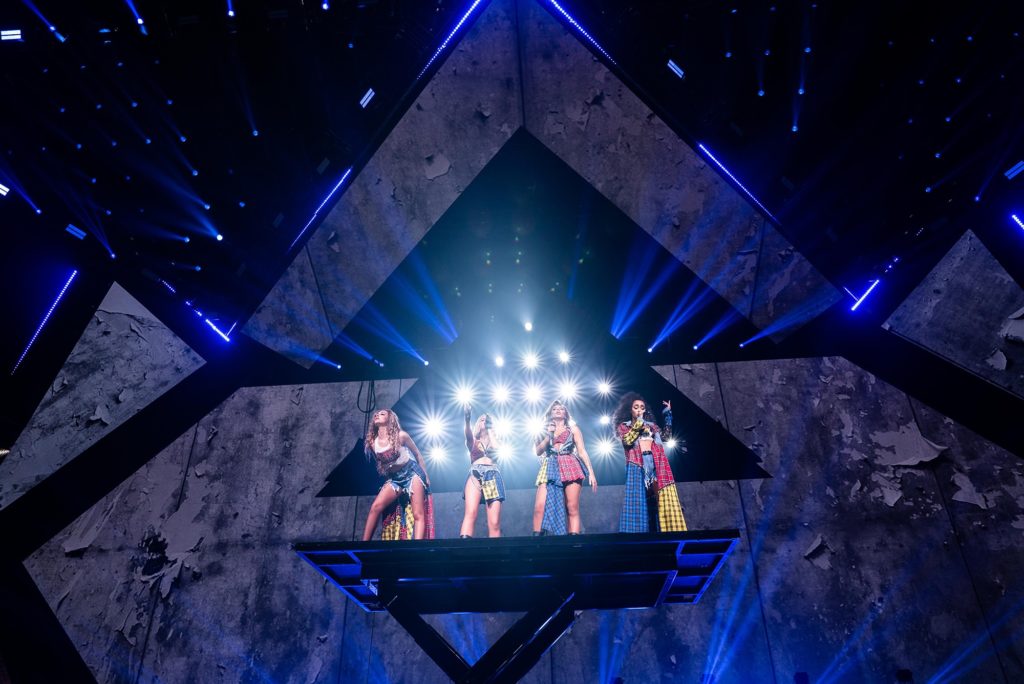 LM5: The Tour is the sixth concert tour by British pop girl group, Little Mix. Opening at the WiZink Center in Madrid in September, the European tour has spanned 40 shows in total, concluding at London’s O2 Arena.

A multicamera fiber workflow was deployed for acquisition and IMAG relay, with two URSA Mini Pro cameras in the pit on a track and dolly system, two more front of house, and one in an elevated position at the back of the arena with a Canon 96x 4K long lens, to capture the band’s triangular platform that flew out across the venue.

The LED Shed’s Luke Levitt says: “We would usually have one camera in the pit, but with so much fast action on stage, having two meant that we could catch all of the choreography. It’s our job as video directors to make sure everyone in the room can see what’s going on, and it’s imperative to have as much movement in the cameras as possible to reflect that action.”

Luke continues: “The group might have a vocal line that they sing each, and that needs capturing individually. We take loads of notes, storyboarding the show as much as possible beforehand. That ensures we hit all of the key moments.”

There were eight screens in total; two side IMAGs and six LED screens on stage. “We had a hexagonal back wall surrounded by four triangular LED screens – we call them the ‘shards’ – and a chevron shaped screen in the ceiling,” Luke explains. “All made out of Desay X5.2 square tiles.”

Live camera visuals were integrated with content designed by Black Skull Creative, in unison with North House Productions. The show was also punctuated with video interludes, telling inspirational messages of female empowerment, and addressing criticisms the group has faced in its eight year existence.

Cameras were shooting 1080p25. “All the screens were 4K, and we had around 50 million pixels to fill, so there was a bit of upscaling. The vision mix was done via an ATEM 4 M/E Broadcast Studio 4K, with an ATEM 1 M/E Advanced Panel. Then everything went into our disguise D3 media servers, including the show content. It was all integrated and upscaled using the D3’s programming.”