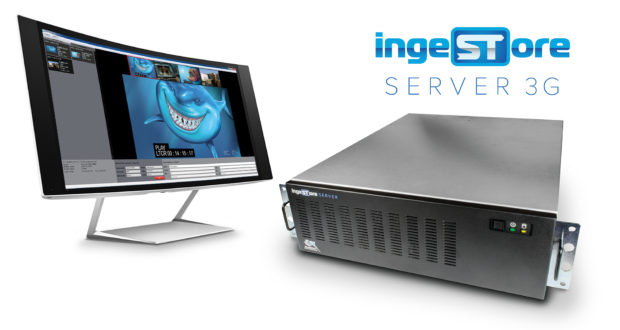 “We are pleased to announce the IngeSTore Server 3G appliance,” Says Tom Lithgow, Product Manager at Bluefish444. “This turnkey system allows for quick and easy integration into many video workflows requiring multi-channel SDI Ingest, and eliminates the concern of system specifications and performance for system integrators, worldwide.”

Bluefish444 is the manufacturer of the industry’s highest-quality uncompressed 4K SDI, ASI, Video Over IP & HDMI I/O cards for the Windows, macOS and Linux operating systems. Its video cards are used not only in traditional broadcast and post-production, but also in emerging workflows such as live events, immersive graphics, augmented reality and Video Over IP. Bluefish444 has a growing presence in industries adopting professional video such as the medical, automotive, defence and mining industries.

Founded in 1998, Bluefish444 is a division and brand name of Bluefish Technologies Pty Ltd., which is based in North Melbourne, Australia. Its products are distributed via an extensive sales channel of OEMs, dealers, and system integrators globally. For further information, visit bluefish444.com

All trademarks used herein, whether recognised or not, are the properties of their respective companies.