Last November, Brainstorm’s Production Department created a clean, fresh and unique look and was crucial in completing the installation in record time. Brainstorm, a leading manufacturer of real-time 3D graphics, augmented reality and virtual studio solutions, has been instrumental in the launch of La Octava, the new HD television station owned by Grupo Radio Centro. This new channel entails the incursion of GRC in generalist TV broadcasting and adds to the numerous radio stations, including Cadena OIR, owned by the group. After evaluating all current technologies, Brainstorm was selected by systems integrator Teletec to supply production equipment to the new channel, focusing on news, magazines, sports, and financial analysis. 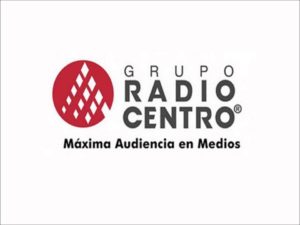 For the launch of the channel, Brainstorm has provided the equipment for the virtual studios, including 4 InfinitySet systems for fixed and tracked cameras with Stype, as well as several Aston and OnDemand stations, for the creation and play-out of advanced graphics. Brainstorm has been the ideal partner for Teletec to accomplish a project never seen before in Mexico, which combines Brainstorm’s patented TrackFreeTM technology with Epic Games’ Unreal Engine. With all this, La Octava will deliver to the viewer hyper-realistic quality 3D sets in real-time, without having to combine real sets with green screens.

Also, Brainstorm’s Production Department has collaborated in the creation of numerous Aston graphics templates and a variety of photorealistic virtual sets in Unreal, to facilitate the implementation of the system, as well as several movies designed for virtual TeleTransporter projects. Attending to the client’s needs, Brainstorm’s Production Department has created a clean, fresh and unique look in Mexico, and these creative services have been crucial in completing the installation in record time.

“We have achieved all this in just one month with all the support of our partner Teletec, who managed to build a synergy with the client that enabled this project to become a reality. The growth and success of La Octava is guaranteed thanks to their anchors and these 100% photo-realistic virtual sets, the first in Mexico”, states Sergio Amuchastegui from Brainstorm Latin America.

This installation adds to the excellent results that Brainstorm Latin America obtained last year, where the company was growing for the third consecutive year, attaining a sales record thanks to the trust of clients such as Turner Argentina, Turner Chile, UNITEL Bolivia and now Grupo Radio Centro in Mexico.

Brainstorm is a 25-year-old specialist company dedicated to providing industry-leading real-time 3D graphics and virtual set solutions for broadcast, feature film production and corporate presentations. Brainstorm will be showcased at the 2020 NAB Show in Las Vegas. It has more than 2,500 installations worldwide since its foundation in 1993, including many of the world’s leading broadcasters plus numerous smaller and regional stations.