NEW YORK CITY—BREAK+ENTER, a Nice Shoes company, served as the primary visual effects provider for Nanny, the new horror film written and directed by Nikyatu Jusu in her feature debut. Leveraging its innovative, cloud-based workflow, the studio designed and executed more than 70 shots for the film, which made its world premiere at this year’s Sundance Film Festival, where it competed in the U.S. Dramatic Competition and won the Grand Jury Prize.

Nanny centers on a West African woman named Aisha (Anna Diop) hired by a well-to-do couple on New York’s Upper East Side to care for their child. As she prepares for the arrival of her own child, whom she left behind in her native country, a violent presence invades Aisha’s reality and jeopardizes the American Dream she has so carefully constructed. Jusu’s script was on the 2020 Black List. The film also went through the Sundance Institute Creative Producing Lab Writer’s Lab, and Director’s Lab. Along with lead Actress Anna Diop, the film stars Michelle Monaghan, Sinqua Walls, Morgan Spector and Leslie Uggams.

BREAK+ENTER Executive Producer Joyce Boll discussed the project with producer Nikkia Moultiere and Nikyatu Jusu during pre-production and was intrigued not only by the creative challenges of the visual effects, but also the depth of the storytelling. “The script resonated with me,” Boll says. “It captured what it’s like to be a nanny in New York City and vulnerable. Nikyatu captured the fragility these women experience and her writing made a big impression on me. I wanted to be a part of this film.” 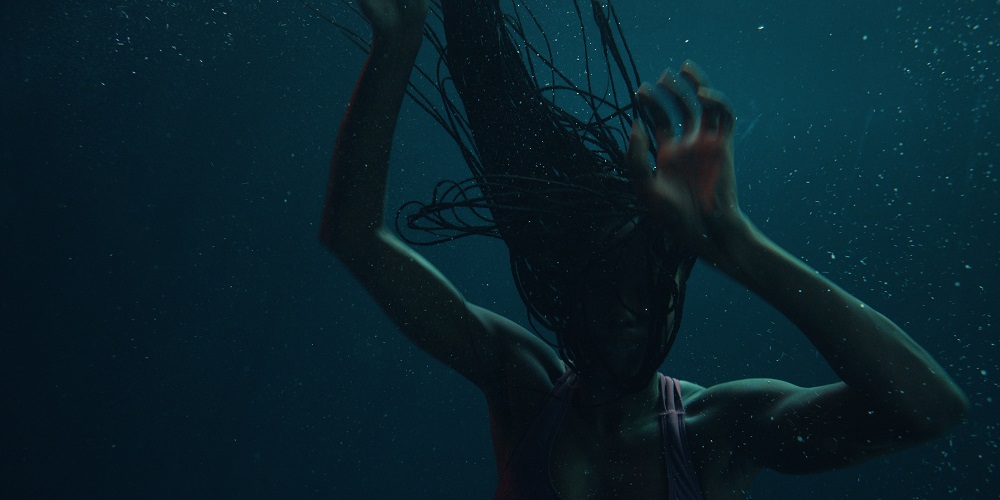 Much of the studio’s work centered on several trancelike visions experienced by Aisha, including the spider-like creature Anansi, based on African folk myths. “Look development for that type of creature effects can be challenging as you are trying to create a physical reality from something that only exists in the director’s mind,” notes Rubenstein. “But our collaboration with Nikyatu was fantastic. She articulated clear concepts for Aisha’s nightmares. She was also very open to our ideas and creative solutions. It was a very fluid experience.”

BREAK+ENTER produced several other supernatural effects including mold that spontaneously grows in the home where Aisha works as well as a painting that eerily springs to life. These visual effects do more than add to the film’s atmosphere of rising anxiety, they serve as metaphors for Aisha’s experience in America as a poorly-compensated foreign worker who nonetheless carries the tremendous responsibility of caring for small children. “Everything that happens in the nightmare sequences is symbolic of the psychological challenges she faces in work and life,” Rubenstein explains. “Her visions are a product of vulnerability, working for a family that doesn’t appreciate her or is remotely considerate of what she is going through.”

All of the visual effects, including on-set supervision, work was done remotely. BREAK+ENTER has developed a unique cloud-based production pipeline that employs Amazon Web Services, Teradici PCoIP and Aspera to power virtual workstations running VFX tools including Maya, Nuke and Arnold. This allows the studio to draw on the talents of a wide-pool of artists and tailor a team suited to the requirements of individual projects.

“Our Film i/o team were the unsung heroes of this project as they maintained the infrastructure that allowed production to work seamlessly,” notes Rubenstein. “They kept everything in lock-sync with picture editorial and enabled the ingest of edits in real-time. Their work was as intrinsic to the project as the creative work of the artists.”

Nice Shoes offers end-to-end production and post-production solutions in both the entertainment and advertising space. As a creative partner, Nice Shoes has crafted complex visual effects sequences and sophisticated color palettes, enhancing award-winning films, television shows, and streaming episodics for every major production company, network, and streaming service. With a 25 year track record, Nice Shoes has a solution for every project. Discover what drives us, here: www.niceshoes.com.