Broadcast Pix today announced that a BPswitch GX11 system has been installed in the 150-year-old City Hall building in Chicopee, Massachusetts, as part of a multi-million dollar project to restore and rejuvenate the historic venue.

Located in the center of Chicopee at Market Square, the iconic 1871 structure was modeled after the Palazzo Vecchio in Florence, Italy, and features a 147-foot tower and a rose window of stained glass. City Hall was closed in 2003, due to deteriorating structural issues, and the restoration project began in 2014. 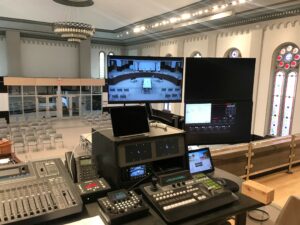 “Previously, the City Hall Council Chambers and the School District’s School Committee central office was used to host meetings, but both of these spaces were too small to accommodate large gatherings,” said Andrew Vernon, Chief Information Officer, City, Schools and ChicopeeTV. The City Hall Auditorium renovation provides a larger, physically accommodating, and technologically prepared space for municipal meetings and gatherings to happen.” 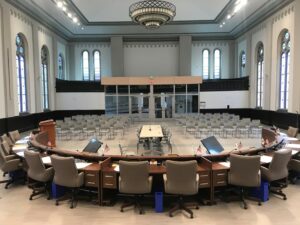 A state-of-the-art system would also open up the possibility of broadcasting concerts, theatre productions, and other events from the 200-capacity auditorium. The City of Chicopee worked with NV5 to manage ongoing renovations to City Hall, including the auditorium, and Broadcast Pix’s partner Wassmann Audio Video, Inc was brought in as the integrator.

“Quality and ease of use were the primary factors in deciding on a broadcast solution, and the BPswitch GX11 system offered these and much more,” commented Vernon. 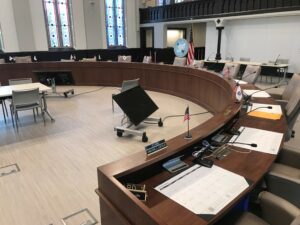 “We have found the ability to control cameras from the Broadcast Pix console to be extremely useful and very easy,” added Vernon. “Our municipal meetings can have up to 15 participants in the auditorium space and having granular control over seven PTZ cameras gives us the ability to bring each participant on air quickly. We have also integrated the use of the NewBlueNTX title tool and the PixPad, and being able to quickly and accurately add lower thirds to identify each member enhances our broadcasts.”

“The beauty of the BPswitch system is in its flexibility and ease of use, enabling each system to be easily tailored to the operator and their production environment,” said Graham Sharp, CEO, Broadcast Pix. “The Chicopee TV installation achieves a highly professional look for its broadcasts and live streams, within a system that is easy to install, operate, and control.” 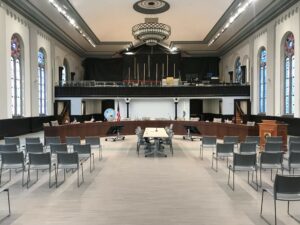 The Chicopee School Committee and Chicopee City Council meetings are aired live on the local cable channel (Spectrum channel 191 in Chicopee), as well as a live stream which can be found at Vimeo.com/ChicopeeTV and Facebook.com/ChicopeeTV. 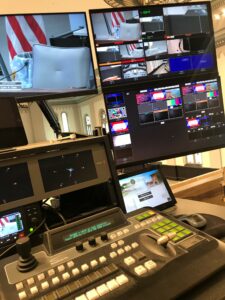