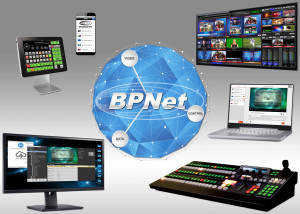 Billerica, Massachusetts – Broadcast Pix™ today announced it intends to acquire ioGates, a leading innovator in cloud-based video production with more than a decade’s experience in Web-based video management, conversion, and collaboration. The companies are finalizing details of the agreement, which began with a strong partnership established during the development of the recently announced BPNet™ solution from Broadcast Pix. Representatives of ioGates will participate in demonstrations at the Broadcast Pix booth (SL7627) during the 2016 NAB Show, which runs April 18-21 in Las Vegas, Nev.

ioGates has been offering Web-based video management tools since 2003 and has customers worldwide in film and television production, education, sports venues, military, and more. ioGates brings to 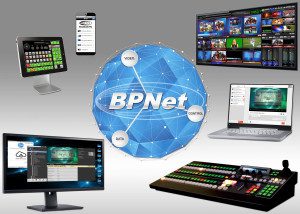 Broadcast Pix a proven offering that enables media producers to share, convert, distribute, and archive media files via the cloud. It has developed exclusive techniques that are important to meeting the unique requirements of video production workflows that use the cloud, including accelerated uploading, instant frame-accurate video preview from the Web, two-factor authentication for secure sharing of valuable content resources, automated video transcoding, and user interfaces that make it easy to manage and share media files from within a standard Web browser.

Kevin Prince, Broadcast Pix CEO, stated: “What we achieved with integrated production systems was to create a hub where all the elements of live production come together. With the acquisition of ioGates and the release of BPNet, we are making it possible for that effortless orchestration, between people and systems, to exist without the constraints of time and place. ioGates gives Broadcast Pix a proven platform in the cloud. Together with our live production systems and video-over-IP knowledge, we are able to present our customers with a clear pathway to the next stage in efficient, cost-effective, and unbounded creative production.”

Jesper Andersen, ioGates CEO, said, “Our goal is to enable digital media producers to create, manage, and distribute content anytime, anywhere, using any platform. As a leader in the live production market, Broadcast Pix enables to us to bring our solution to a much wider audience.”

The ioGates team will join the Broadcast Pix family and will continue to sell and support ioGates’ popular services as part of Broadcast Pix. The expanded team will continue to further develop those solutions in alignment with Broadcast Pix’s overall strategy of using data to automate, manipulate, and reduce operational costs wherever two or more cameras combine for live video production.