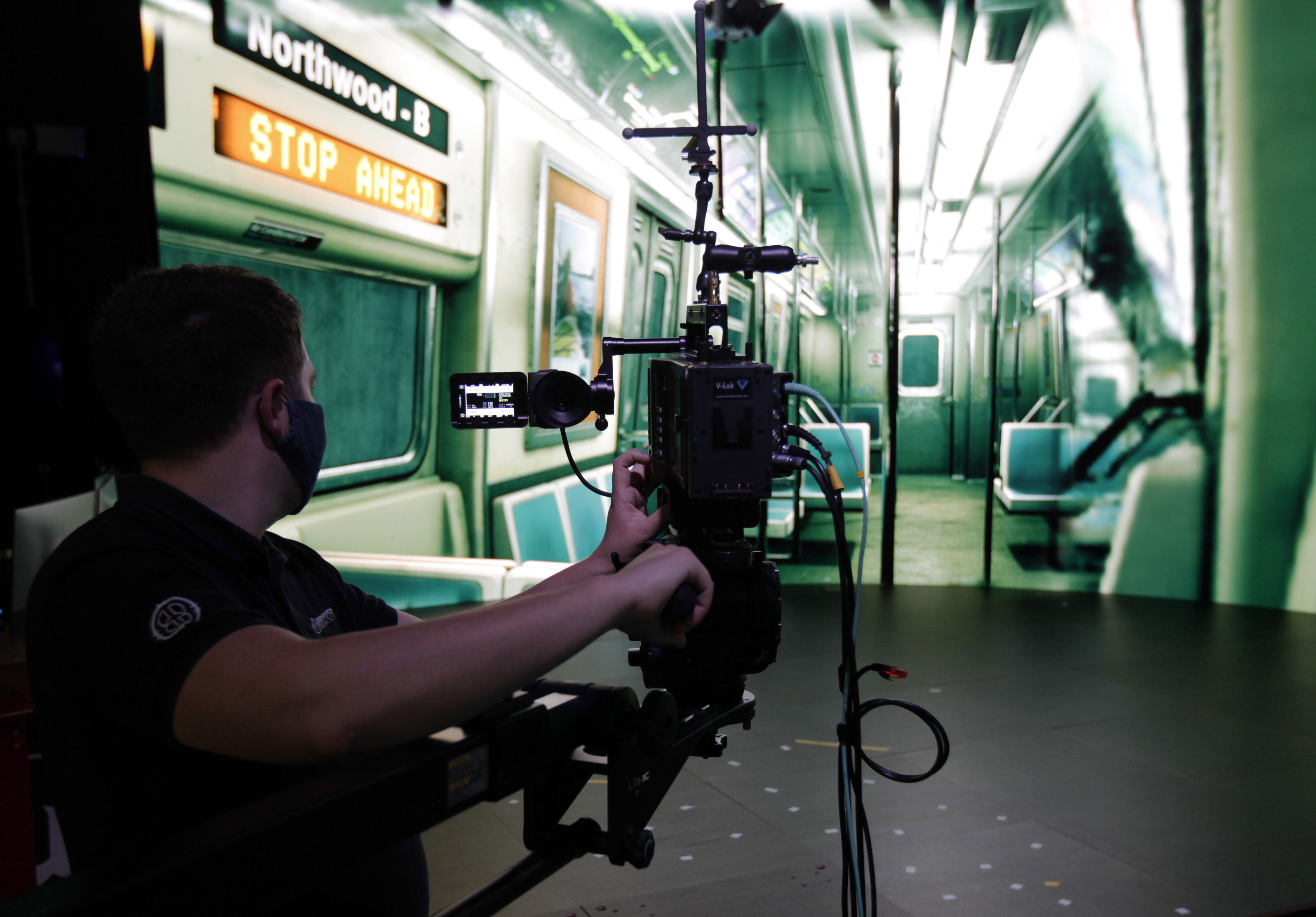 Brompton will be demonstrating its range of processors and features for virtual production with one full LED wall and two additional demo screens, all comprised of ROE Black Pearl BP2 panels. The main LED wall will be powered by Brompton’s Tessera SX40 and S8 processors and will highlight Brompton’s Frame Remapping—an industry-first feature that enables multiple cameras to shoot different content on the same LED screen simultaneously, thereby facilitating multi-camera shoots in virtual production.

Frame Remapping enables each camera to see and capture a uniquely rendered virtual background with the correct perspective, and can also allow two cameras to simultaneously capture a virtual background and a green screen. This gives creative teams the accurate light and shadows and believable interaction with on-screen content as afforded by virtual production, as well as the benefits of green screen, such as the freedom to add elements in post-production. While these processes used to require two separate shoots, Frame Remapping allows them to be combined all in one take.

Brompton will also be showcasing additional Tessera software features including:

“Our goal at Brompton is to develop virtual production solutions that meet filmmakers where they are, so that they can achieve their artistic visions without feeling limited or slowed down by the technology,” explained Sean Sheridan, Regional Technology Manager (Americas), Brompton Technology. “We’re thrilled to exhibit at NAB for the first time this year and to showcase the latest advancements in virtual production and LED processing hardware and software.”

See a full list of Brompton’s products and features at: www.bromptontech.com/