Building Streaming Television Studios in a Home or Office

In an era when anyone, anywhere can easily broadcast on the internet, it is only natural that the building of makeshift production studios has exploded. Businesses have long built in-house studios for streaming video, while YouTubers and online influencers often stream from spare bedrooms and basements in their homes.

Some of these studios are quite elaborate and meet or exceed broadcast technical standards. During the pandemic, the networks set-up studios for the likes of Stephen Colbert to do his nightly broadcast from home. President Biden ran for the nation’s highest office from his basement TV studio. 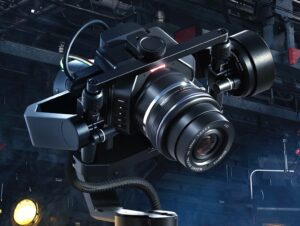 For those wanting to build an off-site streaming video studio, the available options are almost overwhelming. Even when it is finished, there is always something else needed. When on a tight budget, the job gets even harder. The good news is studios can now be built at virtually any price.

Start by considering the equipment you already own. This can range from personal computer cameras, headphones, microphones and lighting gear used for Zoom calls or hosting livestreams. Most of us already own some of this gear.

Then find the right place for the “studio.” This could be a spare bedroom, an empty office or a basement. The space should be free of outside interruptions and sound good acoustically. Next comes a set. Create a background that works with the type of production you produce.

The most essential items are a reliable internet connection and at least one good camera, a microphone and lighting. Check the quality specs of the camera on your computer — it should be at least HD. Some streaming cameras may not be as good as a smartphone, an external webcam or a more professional camera. A good camera can offer a significant upgrade in the video quality of a stream.

Never use the computer’s built-in microphone. External microphones — even low-cost ones — sound much better. For more than one mic, a mixer is needed. At least one good dimmable LED light is also necessary for fill light.

This, of course, is a bare-bones minimum set-up for very low budget productions. With quality expectations higher these days, gear is available for remote production that equals or exceeds the best television production studios.

A step-up is a multi-camera set-up with a video switcher. This can allow professional quality streaming video production, using high-equality cameras, audio equipment, graphics and effects.

Also needed is a fast, solid internet connection at 5 Mbps up/down minimum plus streaming software that can range from the free OBS Studio (Open Broadcaster Software) to a package like Telestream’s Wirecast 15 Studio, starting at about $600. A service like Restream is used to multicast a single video signal to multiple streaming outlets simultaneously.

The more advanced models include the capability for up to 20 SDI inputs and six outputs, plus features such as a SuperSource multi-layer engine, full motion DVE, stinger transitions and a large media pool with full motion clips. Black Magic Design’s ATEM 4K switchers start at $1,695 and range up to $18,500.

Roland also offers a line of combo video/audio switchers for streaming. Prices start at under $500. On the low-cost end there is the Roland AeroCaster Livestreaming System, which combines an iPad with up to four video sources (iPhones or Android phones).

In addition to the video inputs, the AeroCaster features a three-channel audio mixer to adjust levels from two XLR-connected mics and a 3.5mm line-level input. The system can create picture-in-picture effects and split-screen displays.

Since most streaming operations are operated by a single person, a way to consolidate operations into a one panel is preferred. Elgato’s Stream Deck is a device with six to 32 LCD keys that can launch unlimited keyboard shortcuts from a small panel.

Actions such as switching scenes, triggering media, adjustments to audio and anything else you want is at your fingertips. Essentially, the device allows a user to map and memorize keyboard shortcuts. A six key unit begins at about $125 while a 32 key unit is about $225.

Another interesting new product is the Rodecaster Pro II from RØDE. This is a super capable audio mixer and streamer for anyone producing live programming. It packs the equivalent of an entire radio station into a single, compact device.

What’s unique are the new Rodecaster’s “smart pads,” which can send MIDI commands to switch cameras and activate special audio effects like fades, ducking and bleeping. It’s an amazingly capable device for $700.

Another option is NewTek’s TriCaster, a complete television studio in a single box. This is the high-end of online video production, with top-of-the line systems costing $30,000 plus.

Start by determining your needs and then create a budget. Whatever your estimate is, double it. That will be closer to the real cost in the end.