Burrell Communications recently returned to The Colonie, tapping the talents of editor Graham Chapman and the Chicago-based company’s design team for the multi-platform launch of ‘Black Experience on Xfinity’ (BEOX). The package of broadcast and social media spots introduces a first-of-its-kind collection of movies, TV shows news, and more celebrating Black culture.

The campaign departs from Xfinity’s signature look with the introduction of ‘BEOX,’ the newest addition to the cable TV streaming service’s line-up of channels, with a new color palette and design treatment. Burrell brought The Colonie on board as soon as the concept was approved. The agency gave Chapman, Creative Director Jennifer Moody, and the 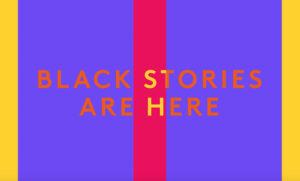 design team the creative freedom to build out the campaign based on the vision of the agency and Xfinity.

This piece, in particular, presented The Colonie with an interesting challenge: Help create a fresh new look for the ‘Black Experience on Xfinity’ while maintaining a shared design aesthetic that visually connects with its brand.

Chapman has been one of Burrell’s go-to editors for Xfinity since he worked on his first project for them last year. Contributing to the creative and cutting four campaigns for Xfinity over the past few months gave the editor a deep understanding of the concept behind its visual identity, enabling him to craft a commercial for ‘BEOX’ that aligns with the Xfinity universe. 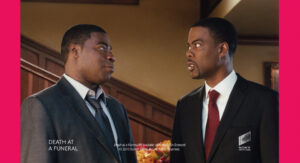 Like the Xfinity projects that he worked on in the past, Chapman created the graphics-driven spots for ‘BEOX’ from design elements built around a mix of clips from films streaming on its channels. The agency relied on the editor to weave the graphics, footage from movies, voiceover, and music track into a cohesive, compelling visual story that optimized each component’s impact.

“The design team was involved from the very beginning of the job,” says Chapman. “Hopping on Zoom sessions enabled us to collaborate from home seamlessly with the same accessibility as a team working under the same roof.”

While Chapman laid out the timing, pace and overall approach it was up to the designers to bring the spot to life. Moody oversaw Motion Graphic Designers Lindsey Fisher and Jeff Borowiak as they created the variety of graphic elements that the spots demanded. The campaign was edited on Adobe Premiere, with graphic created using a mix of tools, including Adobe After Effects and Flame Premium.

“Jeff and Lindsey worked together efficiently to design and animate the graphics and integrate the ‘BEOX’ UI into the various products in a way that aligned with the new Xfinity brand,” says Moody. “At the same time, branding was evolving in real-time as the look for the was being developed.”

The Colonie’s team worked with the agency’s Associate Creative Director Winston Chueng and Terrence Burrell through each phase of the process. After completing the rough cuts, they joined the sessions remotely, working with Chapman and the designers, ensuring that the creative was true to Burrell’s concept and met Xfinity’s high expectations. Senior Producer Debra Dale finalized all of the necessary elements and approvals as efficiently as possible and made sure the job went off without a hitch.

“It is and has been a pleasure working with The Colonie,” says Burrell. “Consistently over the last year or so Mary, Graham, Jen, Priscilla and a host of others have been an extension of the agency. They’ve been with us, meeting our crazy deadlines, making multiple changes, late nights and early morning, without ever missing a beat. Their team offers creative solutions and goes above and beyond to improve our ideas. The work has been stellar.”

“Oh, I forgot to mention, Bob, I think that’s his name,” adds Burrell, jokingly referring to Bob Ackerman, partner and senior editor at The Colonie.” “He’s helped here and there. Hey, he may have even cut my first spot, or maybe it was my second. Either way, he’s OK.”

“Working with Burrell on this project was a great collaborative experience, as always. I think that one of the reasons we work so well together is the relationship we’ve built over the years and the opportunity the agency has given The Colonie to earn its trust,” says Chapman. “Once they briefed us on the concept for ‘BEOX’ and the outcome they were looking for, our team was able to get to work – executing spots with a message and content that builds on Xfinity’s strong brand equity.”

Over the past few months, in addition to the ‘The Black Experience’ campaign, Burrell has called on The Colonie to edit and design a mix of broadcast and social media spots for Xfinity, including ‘HBCU More’ and ‘Pride is History.’