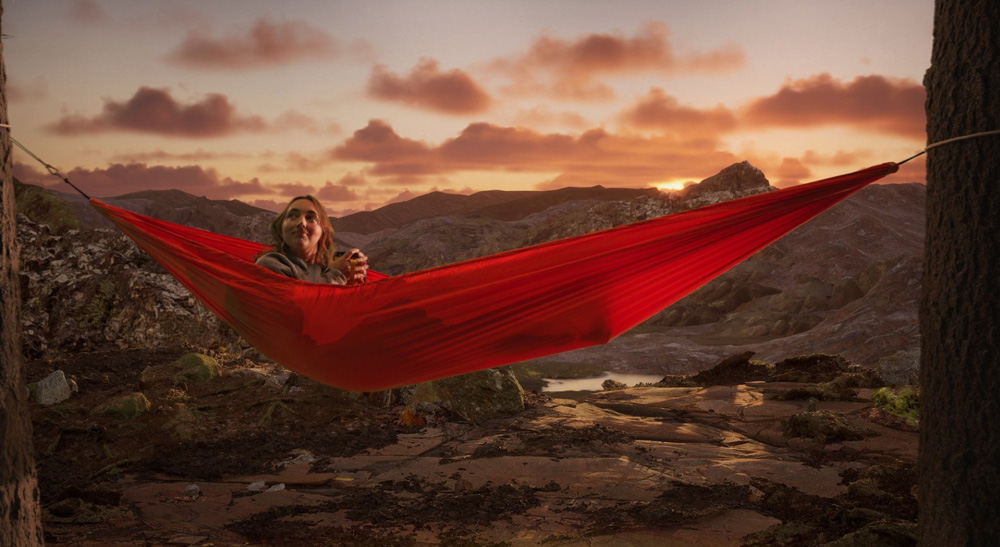 Known for their innovative use of live green screen compositing using Ultimatte 12 and Unreal Engine, Butcher Bird is always looking to push the envelope on future productions. Lead Technical Director Griffin Davis was eager to incorporate the latest Ultimatte technology in the Ultimate 12 4K alongside their extensive Blackmagic Design infrastructure.

The current studio setup also incorporates Ultimatte 12 to composite live action subjects into 3D environments, combining both foreground and background Unreal generated elements around the actors. “These techniques are in high demand these days, for everything from talk shows and corporate presentations to eSports competition shows or even narrative content,” said Davis. “The power and possibility this tech brings to our stage is truly impressive and expansive.”

Davis combined several Ultimatte 12 4K units into their pipeline for live green screen compositing on multiple cameras at different angles, each with motion tracked background and foreground elements for real world and virtual camera moves, all fed live from the Unreal Engine via Blackmagic DeckLink 8K Pro capture and playback cards. The team was surprised at how the Ultimatte 12 4K improved on an already ideal system.

“While the new Ultimatte 12 4K really does the same great job as the original Ultimatte 12, I have to say the new units are actually better,” added Davis. “They have a sleeker design, a new onboard video interface, and buttons to save profiles directly to the machine itself. It’s definitely a technology upgrade in all the right directions.”

Much like many of Blackmagic Design’s products, Davis feels the new Ultimatte 12 4K systems open the door for other studios to enter virtual production regardless of their size or budget. “This is a major hero move by Blackmagic Design,” continued Davis. “Just like so many of their amazing products, what once cost a lot to even consider is now approachable. That opens a lot of doors for the budget filmmaker. You can now have a device that does professional grade, newscast quality keying, including shadows, at an affordable price. I’m always impressed how Blackmagic continues to democratize big broadcast tools, making them affordable and easy to use.”