HEBDEN BRIDGE, U.K. — 7 March 2016 — At the 2016 NAB Show, Calrec Audio will unveil a number of technologies that enable broadcasters to interface with multiple protocols at the same time. These technologies offer unique and comprehensive flexibility across various audio and video standards.

Calrec will showcase four new networking interfaces at NAB, including an AES67/Ravenna interface, an AVB interface, and a modular I/O Dante card that also has AES67 compatibility. In addition, Calrec will debut a SMPTE 2022-6 video interface.

“We’re drawing a line in the sand with these products,” said Dave Letson, Calrec’s vice president of sales. “We had held back on publically stating Calrec’s formal direction on AoIP until we had properly assessed the market and talked to our customers. We strongly feel that it is not the role of a manufacturer to dictate which route to take, but to facilitate the broadcasters’ choices.

“Calrec’s customers can now interface with multiple protocols at the same time. For example, a signal can be received via AES67 and then sent out via SMPTE 2022, AVB, Ravenna, Dante, or AES67. Signal-processing takes place via modular cards or 1U boxes.

“Each signal also benefits from the management facilities inherent in Hydra2. This benefit is especially powerful in remote environments where multiple trucks are connected. It means that different units can operate across multiple formats in the field, and Calrec always has them covered.”

The AES67/Ravenna and AVB interfaces are a 1U box that can transport 256 channels of audio on a single connection. A second expansion card provides the unit with 512 channels of audio one of the highest-bandwidth connections available for either protocol. The box is so versatile that it can even accommodate one of each card, allowing simultaneous operation of multiple formats.

The SMPTE 2022 modular I/O card has a 10GB port that can receive up to four SD, HD, or 3G video streams, de-embedding 16 audio channels from each. Each video stream may be retransmitted intact or with new embedded audio. A secondary 10GB port provides for hitless switching, as defined by SMPTE 2022-7.

Offering this range of interfaces reinforces Calrec’s stance in the ongoing debate surrounding the future of audio transport protocols. Having a suite of solutions to choose from means broadcasters can be confident that they’ll have Calrec’s support no matter which combination of formats they use — both now and in the future.

A broadcast specialist for 50 years, Calrec has developed a range of digital consoles relied on by the world’s most successful broadcasters.

Share it On Twitter: Calrec Audio to launch multiple technologies for audio-over-IP and video-over-IP support at the 2016 NAB Show – goo.gl/teFd41 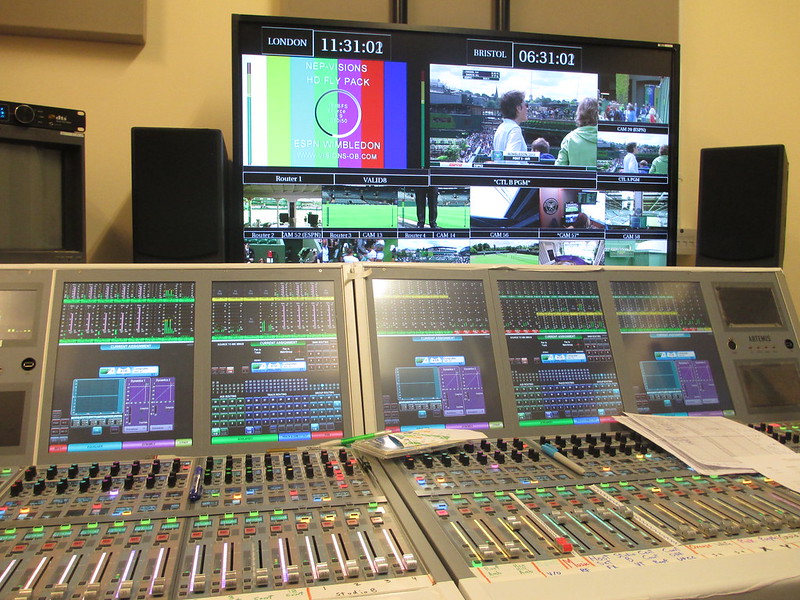 Latest posts by InGear (see all)