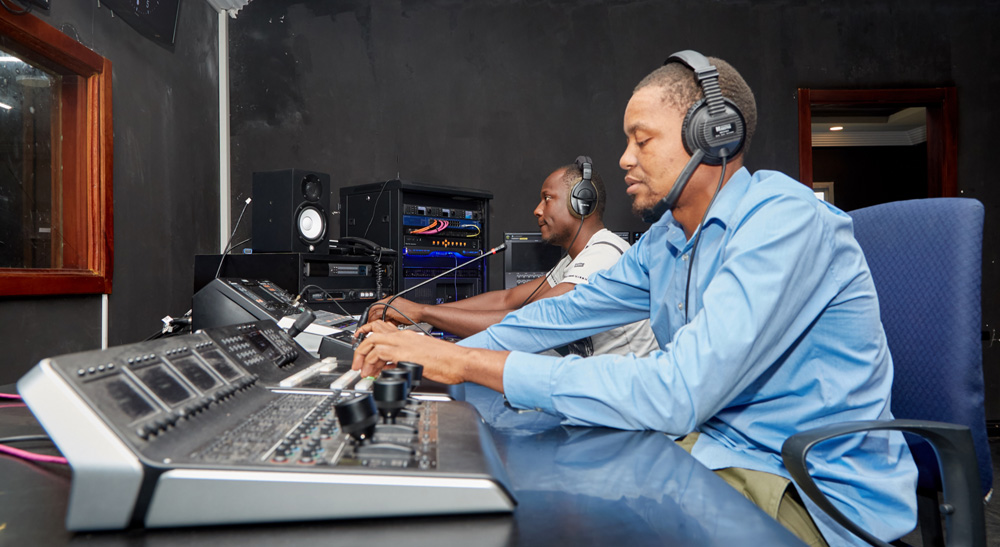 Dash TV will offer a dedicated news channel, as well as a sports and entertainment programming schedule, complementing its existing radio network. The custom studio, based in Cameroon’s capital, Douala, was designed and built by South African broadcast specialist, Broadcast Sales and Rentals.

“Dash Media has a small, dedicated and enthusiastic production team, and we designed the system to be as flexible and intuitive as possible, allowing for maximum productivity and a quick learning curve for professional content production,” explains Jason Sproat, director of Broadcast Sales and Rentals. “We knew that a Blackmagic Design broadcast workflow would offer that balance and ensure the team could quickly translate their radio expertise into visual production.”

The production environment is designed around one multipurpose studio space, which can be configured for news bulletins, interviews or magazine show set ups. As build time on site was limited, the Broadcast Sales team built a series of racks in advance, which were then installed into the production gallery on arrival.

Blackmagic Studio Camera 4K, equipped with Olympus power zoom lenses are rigged throughout the studio space, with signals feeding through to two dedicated control rooms. The camera cabling was also prepped in advance, braiding in power, audio, SDI and comms, which allows the camera crew to be up and running in seconds.

Live content is mixed on an ATEM Constellation 8K and ATEM 1 M/E Advanced Panel, paired with an Axel playout system. An edit suite forms the final element for content production, with a Mac Pro and UltraStudio 4K to add graphics and deliver prerecorded content packages that can be spliced into broadcasts.

“The combination of the ATEM Constellation and Advanced Panel is the crux of the entire infrastructure, as it allows the team to produce live content in the studio, independently of the playout workflow,” explains Jason. “The news team can be creating a package with ISO recording in the studio, but also can go live to the playout system for a news bulletin. The switcher is so powerful and has such a huge range of features that it means the team can multitask and ensure every minute in the studio is productive.”