Zulu
THE BEAT:
Home » Content Creation » Can You See the Light? Only with the Right Lens! 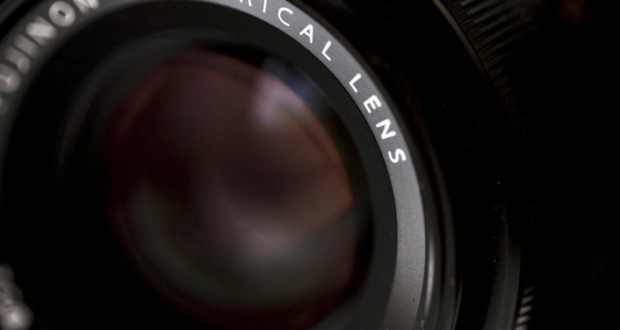 Can You See the Light? Only with the Right Lens!

Layard lens (aka The Nimrud Lens)

The oldest artificial lens discovered, so far, is the Layard Lens (aka: “The Nimrud Lens”); it was found by A. H. Layard in 1853 and is around 3000 years old (about 750BC-710BC in the Neo-Assyrian Empire). It was found in Kalhu, the Tiglath-pileser’s royal residence city (in modern day, that’s

Nimrud in Iraq) in the North West Palace. Its discoverer postulated it was used as an ancient magnifying glass and/or to start small fires. Currently, it’s on display in the British Museum; the curator is not so sure about Lanyards’ assessment of the artifact, however, and thinks it may simply have been intended as a decoration. Intentional or not, however, it is a lens, albeit incredibly crude.

If you had Latin in high school or college, you may have already realized that the word “lens” is derived from “Lentil”

(the bean is a double convex shape). Ancient Greek, Roman and Egyptian texts all make mention of “burning glasses” and “magnifying glasses.” The first written mention of what was (potentially) a corrective lens belonged to Emperor Nero.

Leaping forward over a thousand years, we find plenty of evidence in medieval Europe of microscopes, telescopes, and spectacles. Speaking of which: did you hear about the optometrist who fell into a lens grinder and made a spectacle of himself? Sorry, I simply could not see a way thru this topic without resurrecting that old chestnut. Corniness satisfied, we can now move on.

It wasn’t until 1733, however, that the next wave of breakthroughs with lenses appeared; that’s when Chester Moore Hall invented the compound achromatic lens in England. He 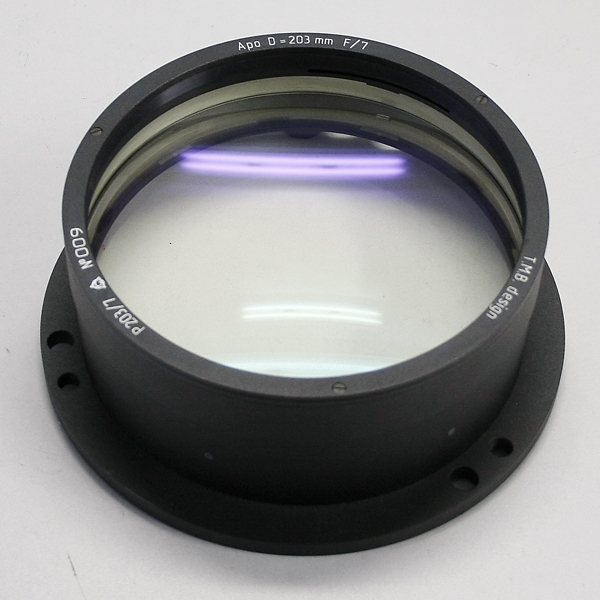 failed to astringently pursue the subject, however, which led to a chain of events that saw the discovery patented in 1758 by a different optician altogether: John Dollond. By 1763, Peter Dollard (son of John) had invented an improvement of the invention that he called the apochromat.

The next big thing in light that occurred was the evolution of the modern theory of light; several scientists, physicians, physicists, inventors, and mathematicians got involved in the experiments and speculations. Most notably, Thomas Young (England) & A.J. Fresnel (France), developing the wave theory of light. James Clerk Maxwell (Scottish), with the electromagnetic theory of light in 1864, accompanied that with his work on the very first color photographs around the same time (circa 1860’s). Max Planck (Germany) and his quantum theory in 1900 helped explain light; Albert Einstein (eventually United States) in 1905 further enhanced Planck’s description of light, bringing us the Photon.

Advances in quantum mechanics explained much about light by 1935.

With all the very bright people working in light theory, it’s important to not lose sight of other brilliant minds working directly with lenses. Carl Friedrich Gauss, a German Mathematician, contributed a great deal to the modern lens, and the understanding of its use. His Dioptrische Untersuchungen taught us much, including the fist analysis of image formation with Gaussian Optics.

For the next 100 years, at least, his work helped guide effective lens crafting, especially the explanation of the five main quirks in lenses (astigmatism, coma, distortion, Petzval field curvature, and spherical).

While those terms have been applied to the lenses of the eye, they are used in the field of optics, and certainly in anything that requires a lens from still (photo) cameras to eyeglasses – which brings us to the lenses used today in the digital video cameras used by broadcasting stations and other professionals in the field.

Unsurprisingly, Canon has a lot to offer in the lens department. The CN-E14.5-60mm T2.6 L SP (with PL mount OR EF mount) provides unsurpassed wide angle coverage. With a 4.1x zoom lens in the Super 35mm format, it’s painstakingly engineered for maximum optic output. Canon routinely meets or exceeds the higher-end industry standards. Quality is always wed to practicality with Canon products; control rings help maintain the correct resistance with torque on this lens and at the back of the flange an adjustment mechanism meets the user’s cinematic needs. This spectacular 4K lens has large aspherical lens-elements and fluorite which helps sharpen its zoomed images. Due to the exquisite engineering, proper focus requires only minimal changes. An eleven blade setting aperture diaphragm enables stunningly sharp focus.

Another sure hit for Canon is the CN-E30-300mm T2.95-3.7 L SP (with PL mount OR EF mount) – a top contender in the Super 35mm format with unsurpassed magnification and telephoto focal length. Many of the practical features in Canon’s high-end lenses find their way into most of their optical devices; like the previous lens this, too, has clear markings on both sides of the angled surfaces to enable ease of use even from the opposite side. Canon engineers take the customer’s HD expectations seriously. Cutting-edge design in the glass construction compensates for expansion and contraction, rectifying environmentally-induced errors in marking.

The Schneider-Kreuznach Group’s submission to the selection of top-flight lenses is the Cine–Xenar III (set of six) Prime Lenses. Their carefully engineered design is specifically targeted at the best of cinematography and video cameras. Solid, with optimum telecentric optical design, the bokeh effect is marvelous and the Cine–Xenar III has a fast T-stop (as you would expect in a highly acclaimed line of lenses). It’s also surprisingly affordable, considering the exquisite quality.

Sony’s contribution to our high-end lens lineup is another suite of 6 lenses. The SCLPK6/F CineAlta 4K Lens kit includes 20mm / 25mm / 35mm / 50mm /85mm and 135mm lenses. Ideally suited to cameras with the Arri PL mount system, the lenses are 4K capable with full-metal construction and a one-aspherical element. In addition to being T2 compatible, each has a 9-bladed iris. Sharp or soft, Sony gets your images right.

Red Digital Cinema has a plethora of lenses for your cinematic use. Some recent and upcoming theatrical works that utilized some Red Lenses include: The Hobbit Trilogy, Annabelle, Avengers: Age of Ultron, Enders Game, Pompeii, Elysium, 300 Rise of Empire, & Transformers: Age of Extinction, to name just 10 films. Red does what the other top lens producers do, and they does it well enough to secure a top spot.

Panavision’s Primo Prime Lenses are a game changer; they’ve even managed to secure a few Academy Awards. This collection is top-shelf stuff; they

produce even lighting and totally seamless mixing of other images using primo lens. Ghosting, distortion, and veiling glare are easily quelled by the Primo Prime Lenses; they are ideal for digital and film cameras. Focal length ranges from 10 to 150 Millimeters and any of these lenses is compatible with the 1.4x Primo Extender, which eliminates a full stop of exposure. With the right primo lens and the proper settings, you can focus even at less than 2 inches from the front of the lens.

The Primo Classic Series of Panavision’s Prime Lenses allows easy selection between the more classic soft focus (with a scale of adjustable ranges) and high-contrast performance. Consistently a perfect match with other prime lenses in color and utility, near-macro focusing is possible in the right conditions; each can also accommodate a rear gel filter (screw on). These lenses range from 21 millimeters to 125 millimeters. Panavision’s legacy glass designs (improved) grace the 21, 27, 35, 50, and 100 millimeter lenses in this product line; all five are set for T1.9 speed. Sizes 24, 30, 65, 85, and 125 millimeter and are useable with T1.7 or T1.8 speeds and can adjust from sharp to soft focus within the shot. Cam drive mechanisms all the expanded focus for everything beyond 3 feet with near-macro focusing. The 2 longest lenses of the classic series (IE the 100 millimeter, and the 125 millimeter) also utilize linear bearing technology.

From the Ancient Assyrian Empire on through the modern day, lenses have gradually been improving and aiding the way in which we see the world. As our photographic technologies have appeared and advanced, lenses have aided us in chronicling our continued development as a race with increasingly clear images. Lenses in telescopes can bring us the stars from the sky, and lenses in our cameras can help us bring our stars to our audience.