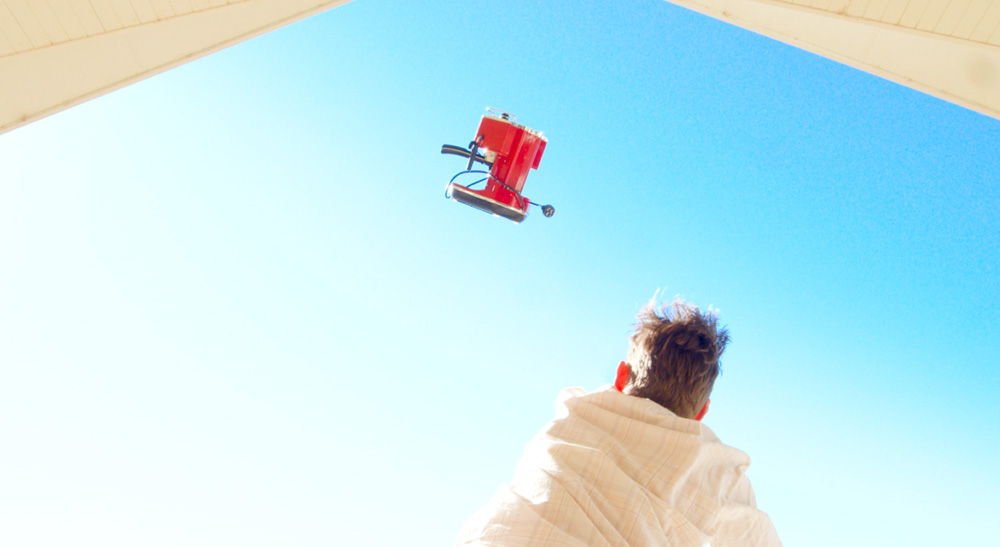 Nipperess, who at 15 was the film’s director, cinematographer and editor, is one of the youngest filmmakers to have a film screened at the showcase. The now high school senior has already won a number of global film festival awards for “Devil Bean” and her other previous short films, including recognition from Tropfest Australia, Australian Centre for the Moving Image (ACMI) Screen It, Focus on Ability Film Festival and FlickerUp, as well as winning Best High School Production at the 2022 WorldFest Houston International Film Festival.

“Devil Bean” shows the diabolical results of a father getting the perfect coffee machine at Christmas. After using it, his picture perfect family is torn apart as their dad’s addiction spirals out of control.

Following being awarded a $5,000 Arts Restart Grant from the New South Wales government to create “Devil Bean,” Nipperess began working with her mentor, author and filmmaker Cadance Bell, who helped her make the decision to use the Pocket Cinema Camera 4K.

Nipperess explained: “I have always wanted to be a storyteller. It is hard wired in me, along with the push to gain filmmaking skills through hands on experience and self learning.

“For me, this film represents a massive personal and creative journey. I’ve learned and acquired so many new skills through the process of making this film, while also creating a hilarious and bittersweet short. The Pocket Cinema Camera was a big part of making this possible.”

Paying homage to films from the 1930s such as “Reefer Madness,” Nipperess was looking to create a mix of overexaggerated humor and the feeling of being infiltrated by a supernatural force. Dramatic changes in color and shading also play important roles as the happy family spins out of control. The Pocket Cinema Camera 4K, which she was using for the first time, gave Nipperess the dynamic range, low light capabilities and ease of use to get the images she needed and the confidence that no shot was out of the question.

“This idea of infiltration would become my main focus: a collision of the modern white picket fence fairytale that the family represents with gaudy cult classic horror conventions that the coffee machine represents. I picked up the Pocket and jumped right in,” Nipperess explained.

“Right away I loved the camera’s low light capabilities. Especially since I did not have a lot of money for lighting, and between high school and COVID, I had to shoot when time allowed. I definitely could not wait for magic hour lighting. I knew the Pocket could actually give me the ability to shoot and then build on the image in post,” she continued.

The Pocket Cinema Camera 4K’s high dynamic range helped save the pivotal Christmas morning scene where the family gathers in the living room to open the new coffee machine/demon. Nipperess had everything set to shoot the scene, but the light coming in from the window was not bright enough.

“For the scene to work, the window over the heads of the happy family should be overexposed. But I did not have the time or resources to delay the shoot, which was fine because I knew the Pocket would get me the details I needed with the leeway to get the image to where I wanted in post,” she said.

“The camera was so easy to learn and let me be as creative as my story telling needed to be. As a young filmmaker, being able to use the same camera that Hollywood uses was a big part in the success of ‘Devil Bean,’” Nipperess concluded.

Product photos of Pocket Cinema Camera 4K and all other Blackmagic Design products are available at www.blackmagicdesign.com/media/images