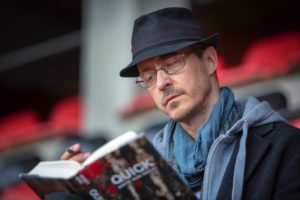 For Immediate Release, 14 February 2020, Gothenburg, Sweden –  Film and TV drama Editor Rickard Krantz, s.f.k. used DejaEdit in the movie ‘The Perfect Patient’ (Swedish title: ‘Quick’), which was nominated for Sweden’s prestigious Guldbagge award for Editing. The Guldbagge awards have been presenting industry accolades since 1964 for outstanding contributions to Swedish film and are equivalent to the BAFTAs. 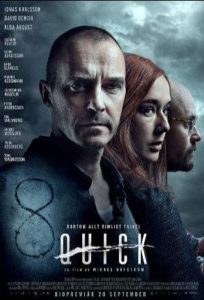 Rickard Krantz is an experienced and highly respected editor in Sweden. The letters that appear after his name “s.f.k”, likened to the A.C.E accreditation, represent the highest standards of character and achievement in the art and craft of film editing which Rickard proudly upholds.

Produced by Brain Academy, ‘The Perfect Patient’ is a journalistic thriller about a man who sacrificed everything in a hunt for the truth. In the film  ‘directed by Mikael Håfström, journalists Hannes Råstam (Jonas Karlsson: ‘The Snowman’) and Jenny Küttim (Alba August: ‘The Rain’) uncover the miscarriage of justice that led to the wrongful imprisonment of mental patient Thomas Quick (David Dencik: ‘No Time to Die’) as the country’s worst serial killer.

Rickard spent over 100 days editing the movie. DejaEdit made it possible for him to be located anywhere in the world and still be able to share all his media and timelines with colleagues and clients, synchronising everything seamlessly. This included receiving dailies from the shoot. He expands, “I was working in 3 different countries and 6 locations. Everything was just one button away and I didn’t need to think for a single moment about media, bins and backups. I just loved it.”

“Thanks to DejaEdit there was never a problem. It was so easy to plug in the drive, open the project and hit the “sync” button. Depending on the internet connection, in a matter of seconds, I had already shared and downloaded all the new media relating to the project – resulting in all my Avid Edits completely and efficiently synchronised with one another.”

“Editing “Quick” was a great experience and a challenge too.” Rickard shared, “Every day I got in to work and around 10-11 am I got the rushes synced and organised. With just the use of one button in DejaEdit, I was able to achieve a lot and it saved an enormous amount of my  time on the project.”

He adds, “In addition DejaEdit was brilliant with backing up the project! It really helped me focus on the actual editing and nothing around it, allowing me to concentrate fully.”

“One of my favourite features in DejaEdit has to be the little green light letting me know something is ready to be synced. This usually indicates that there are new rushes to edit!”

When asked whether DejaEdit has changed how he will approach future projects, Rickard replied, “Actually I’m hoping to use DejaEdit on my next project, as it involves filming and editing all over the world.  It is a no brainer to use DejaEdit for this type of work.”

Currently working in L.A., Rickard adds “My current project is very different from “Quick” although it is the same director. I can’t give away anything more at this point except to say that it is a very exciting Sci-Fi action movie starring Anthony Mackie and Damson Idris called “Outside the Wire”.

Rickard was first inspired to step into the world of editing from the age of fifteen, editing his very first film titled “Hata Göteborg”, which received favourable reviews and made it to the big screen. After film school, he was snapped up as an editor on a large television series production. Following soon after that, Rickard edited his first all American block buster feature film “Lords of Chaos” which opened up the gate to Hollywood.

Rickard describes what he likes most about his role as editor, “I enjoy the fact that I get to direct, act and write in a way. All creative parts come together in the editing room. Being the first person to watch a story, and then be able to change it, mould it, perfect it, mitigate it or expand it. I’m very interested in human interaction, psychology and emotions. You also get to spend time with fictional characters. You kind of become one of them, learn their manners, objectives, flaws and skills. It’s always interesting. Never boring.”

In addition, ‘The Perfect Patient’ was  also selected as one of Sweden’s three finalists for submission to the 92nd Academy Awards in 2019.

DejaSoft is a dynamic international software firm based in Sweden that creates innovative products designed to simplify complicated workflow challenges that can arise in film and television projects. Founded by savvy post-production professionals with over 30-years of experience behind them, the company’s primary focus is to ensure processes are as seamless as possible for the end-user. Their flagship system DejaEdit, is a world-first collaborative editing solution for Avid Media Composer, Avid Nexis and EditShare. DejaEdit allows media and timelines to be automatically and securely transferred between editors and colleagues around the world without the need to be continuously online. Licenses include DIT, Editor, Assistant, VFX, Push and Full. After successfully establishing DejaEdit in the Scandinavian market, DejaSoft is now going Global for 2020. Watch this space. View DejaEdit tutorials and find out more at www.dejasoft.com 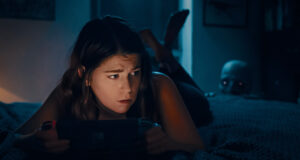 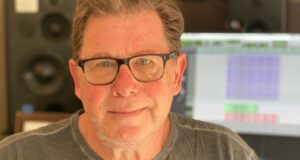