To raise the bar on its live coverage of the 2015 Canadian Federal Elections, the Canadian Broadcasting Corporation (CBC)—Canada’s national public broadcaster based in Toronto—enlisted the help of real-time broadcast graphics expert Astucemedia to deliver an innovative, data-driven Augmented Graphics (AR) display.

During CBC’s October 19, 2015 primetime broadcast, computer-generated 3D models of the Canadian Parliament and House of Commons seemed to magically appear on the immense physical news set. Commentators sitting at long desks around the bright, colorful set even referred to the AR displays as if they were real objects in front of them. Adding to the immersive effect’s credibility, the AR scenes tracked precisely with the live camera moves, giving viewers the proper perspective of the live 3D scene from any angle.

The project—which Astucemedia began in January 2015—was the first instance of AR on Canadian TV. Based on CBC’s preliminary designs and geometry, Astucemedia’s team used Viz Artist software to build the various 3D AR graphics, including: Seat Change, Share of Votes, House of Commons, the Parliament, and Party Standings for the five top political parties. For example, the seats in the House of Commons graphic would change colors when they switched from one party’s control to another. 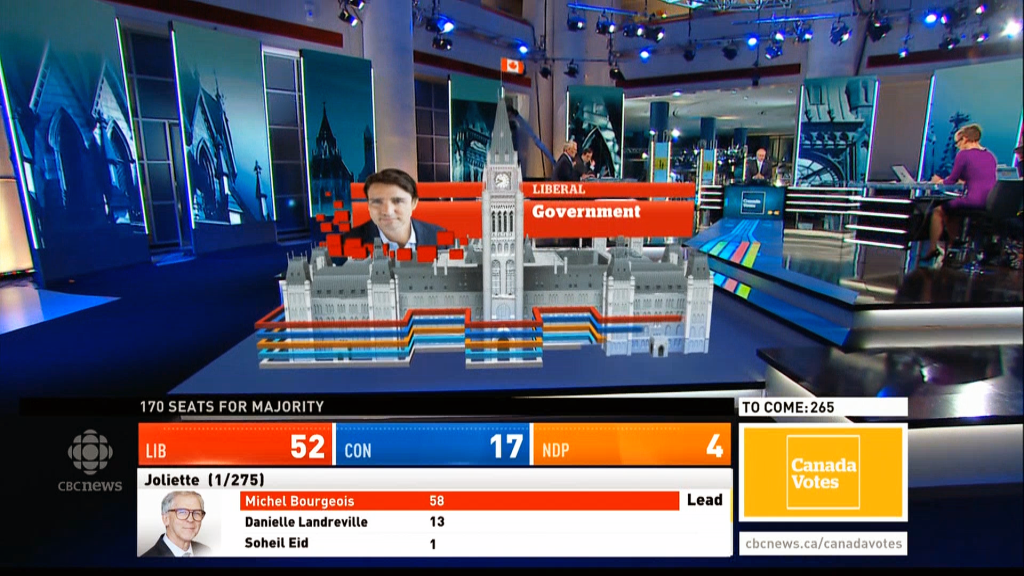 During election night, whenever CBC’s Maestro in-house control application triggered a particular AR graphic to air, it also sent real-time election data that automatically populated specific fields within the structure of that graphic. This produced timely illustrations of the election outcomes as vote tallies rolled in.

Astucemedia worked closely with CBC’s development team to customize Maestro to control the playout of the AR graphics from Viz Virtual Studio solution. The solution also integrated the live graphics with StypeGrip, CBC’s chosen camera tracking technology, which added to the illusion that these 3D scenes were real elements on the set.

“We’re very proud of our contribution to CBC’s live 2015 Canadian Federal Elections coverage featuring integrated Augmented Reality graphics,” Leclerc said. “It was both a technical and creative challenge to bring CBC’s design concepts to life, and then seamlessly interface the augmented reality with their graphics workflow, including their Maestro, Vizrt and StypeGrip technology. Working closely with CBC’s talented team, we successfully produced a visually captivating AR show that set a new benchmark for live elections broadcasting worldwide.” 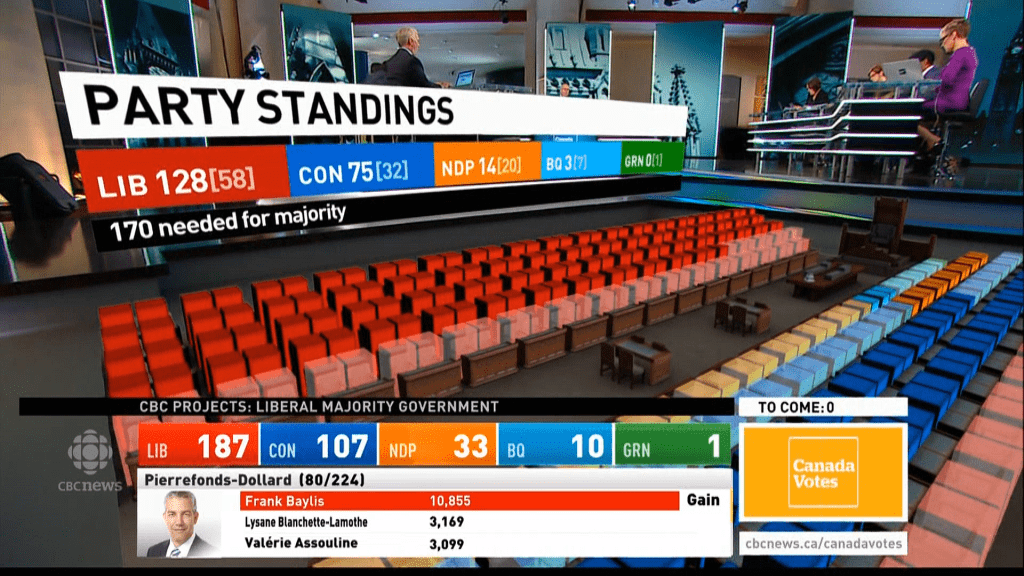