It is a hard concept for veteran audio recordists to wrap their head around, but 32-bit float recording is here and it is undoubtably the future of audio. The reason is simple, 32-bit float is a new technology that achieves perfect audio levels without the pressure of riding gain in the field.

This is NOT auto gain (AGC) or older, but problematic, automatic gain riding technology. This is new and it’s a game changer for anyone who has to worry about audio levels in the field. Chalk it up to advances in computer technology.

In the field, we all know that fluctuating dynamics can prove challenging when trying to ensure consistent audio levels. Sudden loud sounds can cause clipping and quiet sounds can get lost in the noise. This is especially true for film and documentary crews recording sounds in the wild.

However, the problem is just as important for one-person journalists or music recordists who have to do multiple tasks at once. As a journalist, I have always recorded interviews. And since the very beginning, I’ve been preoccupied about getting the correct levels…even to the point of being distracted from the subject’s words in interviews.

Now I just start the recorder and the level is always correct. There are no knobs to worry about. I can concentrate on the content and not the technical issues. That, alone, is revolutionary. 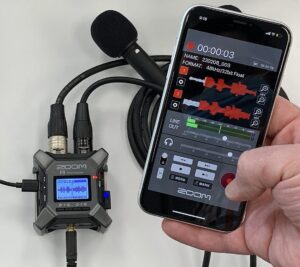 I predict within a short time most audio recorders will have 32-bit float capability. Zoom was first with their F6 and now their F3 and F8N Pro recorders. Sound Devices moved to 32-bit float with their MixPre II series of recorders. Tascam just introduced its first 32-bit float model, the Portacapture X8. More models are certain to come soon.

Using a tiny two-channel Zoom F3 set to simultaneously record in both standard 24-bit WAV and 32-bit float mode, I was able to capture a wide range of audio without even thinking of levels. All I see is a tiny waveform of the audio on the display and a red recording light. There are no adjustments for sound levels.

Doing a test with Audacity, I accessed the 32-bit float recording I made, normalized to the correct level and then saved it to standard WAVE file. If it’s too soft, raise the level. If it’s too loud, lower it. There is no specified maximum sound level and no clipping of loud sounds. The process was flawless and surprisingly simple. 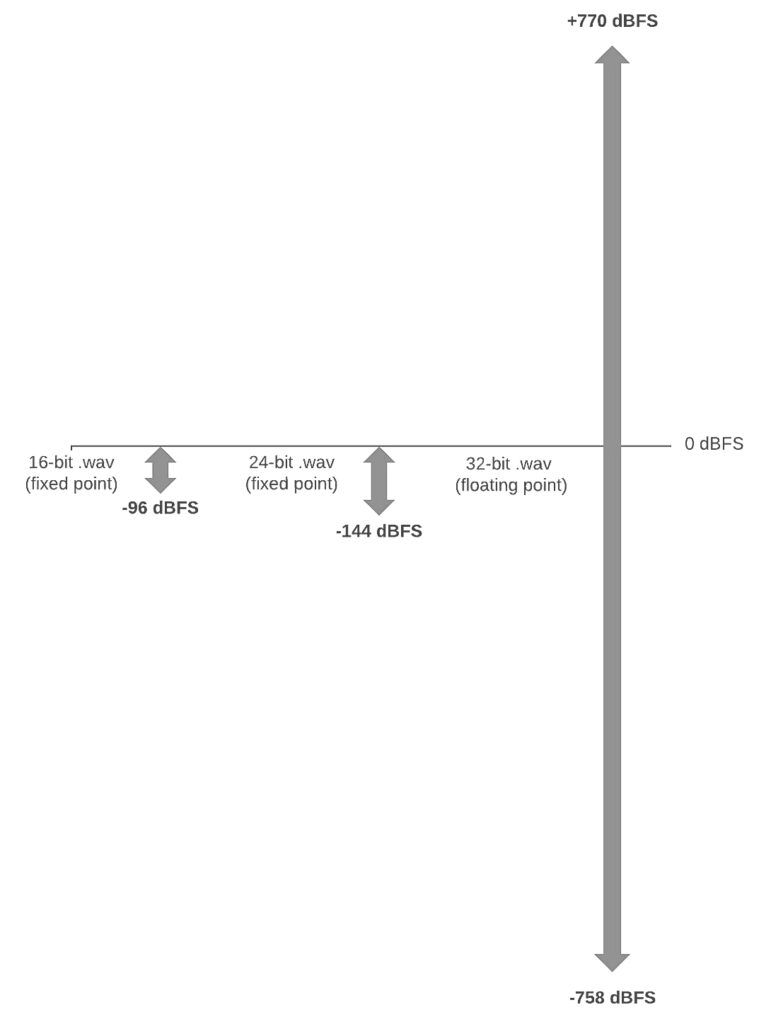 The 32-bit float format encodes audio in an IEEE-754 standard single precision format: 1 bit for positive or negative; 8 bit exponent and 23 bit fraction. When viewed in decibels, that’s a range of 1528 dB.

Since the greatest difference in sound pressure on Earth can be about 210 dB, from anechoic chamber to massive shockwave, 1528 dB is far beyond what will ever be required to represent acoustical sound amplitude in a computer file.

Perhaps it is disbelief at something so groundbreaking, but 32-bit float takes a little getting used to. The recorded levels may appear to be either very low or very high while recording, but they can easily be scaled after recording by the DAW software with no additional noise or distortion. Once the user embraces and trusts it, confidence quickly builds.

As in everything, there are a couple of caveats. All 32-bit files are about 33 percent larger than standard 24-bit files. You might need a larger SD card for longer recordings. But the trade-off is recordists can now take advantage of massive dynamic range without fear of going over the top into distortion.

Recording 32-bit float audio files, along with high performance analog and digital electronics that can take advantage of its massive dynamic range, offer sound recordists a new way to record audio. Cheap microphones can still overload, but— with top level pro gear — very loud, unexpected sounds can be captured without the use of limiters.

This a radical advance in audio recording. From journalists working one-man-band to boom operators on feature films, the days of digital clipping and lost takes are over. The precise setting of the trim and fader gain is no longer an issue. The sound is good no matter where the levels are set.

Let that sink in.